Processing is a tool we’ll be talking a lot about here on Create Digital Motion: it’s a fantastic, free environment with the ability to render visuals, 3D imagery, video, and (via extensions) multimedia and sound. It’s built entirely in Java, but while it’s a totally code-based environment, it’s designed to be friendly to non-programmers, and a few lines of code can generate some impressive results. I’d heard all those promises, but it wasn’t until I started working with it for a while that I became a believer. It’s far easier to learn than ActionScript in Flash, in fact, and at the same time would make a great segue to learning full-blown Java.

With great power, though, comes the great capability to be overwhelmed by near-infinite creative choice. My favorite place to get unstuck: the Flickr Processing Pool. 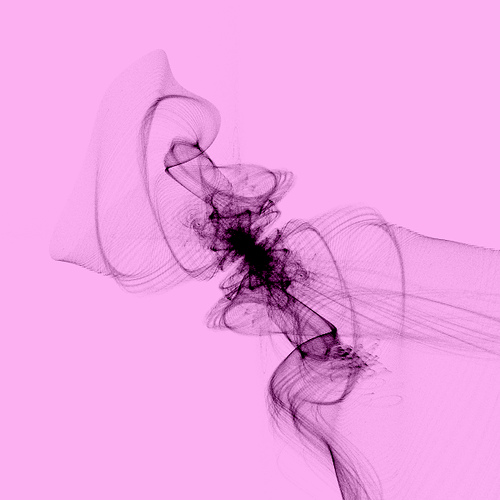 Pictured: an image by the boy who loved vellum, adapted from an algorithm by Mike Davis you can read about in a 2004 blog entry. [Direct Link] I love that the algorithm came from old BASIC code, which can be a surprisingly useful source of generative art techniques.

Working from images has a number of examples, not least of which being they don’t show too much. Since the source code is often missing, you can think about how to create effects you like and wind up coming with something different. I also feel personally challenged to be both visually stimulated as far as possibilities and avoid any tell-tale Processing “look.” There’s some really gorgeous work there, regardless. If you’re learning Processing, too, and come up with something you want to share, be sure to upload it to the pool.