Why I Want a Portable VHS Video Case, from Museum of Lost Interactions 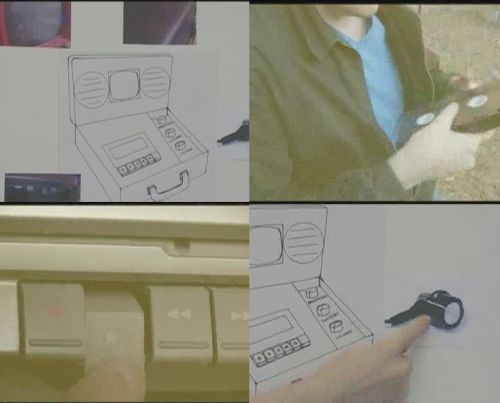 It’s really a pity The Video Case is a tongue-in-cheek design project from the Museum of Lost Interactions and not a real product. Yes, I know, we’re supposed to laugh at how this not-actually-from-1979 design is so primitive compared to our fancy-schmancy video iPods. But consider the design achievements here:

Getting Booked: 10 Basic Tips for Getting Live Electronic Music Gigs

Hardware
Roger Linn shares hidden settings and more gems from the LinnStrument
Hardware
Faded Instruments has a line of candy-colored 1U tools – easy modular stocking stuffers
Hardware
The best Cyber Monday deals you can get now on synths, plug-ins, and more
video
MadMapper 5.2 is here, with more lasers! (and DMX CSV, Xbox controllers, and Kinect)