Making Art with the Mundane: Subverting Office for Mac, From Devo to DMCA Violations

There’s something beautiful about making art with mundane tools, making something creative with something because, not simply in spite of, its limitations. And there’s likewise something surreal about Microsoft’s latest ad campaign for Office for the Mac: get artists to make subversive art with its old version of Office for Mac, which still (cough, cough) isn’t Intel-native. But that’s exactly how the Office:mac team is promoting their software, and to be perfectly honest, I fully expect the new Mac version of Office to yet again trump the version for Windows.

Just what will you find on the Art of Office site? 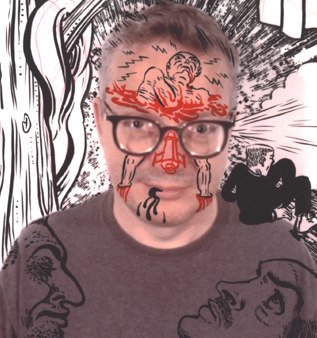 Mark Mothersbaugh is not releasing a Devo reunion album produced entirely in PowerPoint, but we can dream.

I’m not sure this is inspiring me to get excited about Office 2008, but it is getting me excited about making office art. (Hmmm, OpenOffice fans want to strike back?) And it coincides roughly with the release of Helvetica: the Movie.

Of course, this gets me thinking along visualist lines: PowerPoint, for one, can export to QuickTime files, and has for a long time. This means it’s a perfect time to create some surreal business-y motion graphics for your next set. Heck, you could even do some video of the screen in Word or Excel to get really adventurous. If you do make something like that, whether or not you upload them to the MS promo site, let us know. 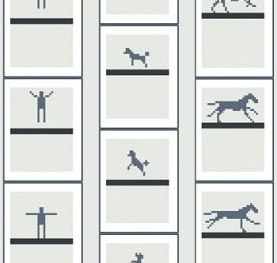 Related — art in Microsoft Office is nothing new. David Byrne infamously made art with PowerPoint, of a very abstract nature (and I’d still love to see more of this as motion graphics, not just stills):

Envisioning Emotional Epistemological Information (David does have a way with words, with tongue in cheek)

But the greatest PowerPoint art of all time has to be PowerPoint as social criticism, as in the case of Edward Tufte’s essays, presentations (ahem) and book:

The Cognitive Style of PowerPoint

(Hint: he doesn’t think PowerPoint is entirely good for society.)

Well worth mentioning Tufte here, as well, as his work was a big influence on Ben Fry and the creation of Processing, one of our favorite tools. And, in turn, Processing expresses the desire to help users get beyond the rigidity of pre-baked tools like, well, Microsoft Office. (No offense, Microsoft.) On the other hand, if you can’t eliminate the presence of Office for your life, you can abuse and subvert it.

Cakewalk SONAR 7 Features at a Glance, MIDI at Center Stage

Mac
Map anything in Ableton Live’s Browser to MIDI, keyboard with Max for Live
Software
Bitwig Studio just added a free vocoder, because Xmas
Mac
Get a free plug-in version of the 1176 Peak Limiter
oddities
Terrible Christmas mashups with Mariah Carey are now practically their own genre
We use cookies and other tracking technologies to improve your browsing experience on our site, show personalized content and targeted ads, analyze site traffic, and understand where our audience is coming from. By choosing I Accept, you consent to our use of cookies and other tracking technologies. Please read our Privacy Policy.