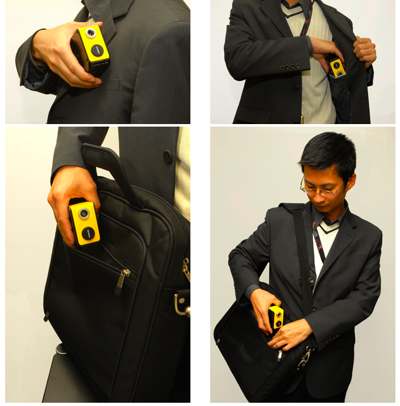 Obviously, there is a catch – or two. The specs on the product pages seem a bit inconsistent, with the 1440 mentioning 250 lumens (yes, two hundred and fifty), while the 950s spec only quoted at 25 (yes, two hundred and fifty divided by ten. That was not a typo on my part at least). The suggested throw at one meter being a diminutive 24 inches. Still, they could prove quite fun. Oculon mentioned a portable battery pack for the projector. Can anyone say head mounted projector?

Updated: the specs currently show 50 lumens for the 1440, as you can see on the product page. We received a correction via Ariel Chen from Oculon. Note that while that lumen level is relatively low for projection, there are still a number of applications for which this could be a really fun tool. -Ed.

I can. See the Oculon Pocket Projector homepage for more information.

What OS Do You Use to Make Music?