Topping the list: the Canon HV20 DV camera. Not only have street prices fallen to near US$700 for this capable, compact HDV camera, but a standard accessory shoe and DIY 35 mm lens adapters mean you can trick out the HV20 to suit your purposes. Photo by Hooverdust, who also has a terrific blog review and (36 WMV) video test.

Live visualists are evolving a new toolkit of gadgets for eyeball-friendly expression. Translation: we want the candy that lets us make eye candy.

You may have seen our terrifyingly-large holiday guide on Create Digital Music. This list is a little more, how shall we say, restrained, albeit with some even more important big-ticker items — think HD video cameras. I’m so late with this that "holidays" might be inaccurate … well, there’s still Christmas, Boxing Day, New Year’s, and Orthodox Christmas, anyway. But as a guide to the stuff we perpetually desire in our Crumpler bags (other than more Crumpler bags), here goes:

"Well, if you don’t have one, THE indy camera to get this year is still the Canon HV20. I just picked one up for myself, and it’s awesome. You could also go all out and get a 35mm lens adaptor or make one yourself!" 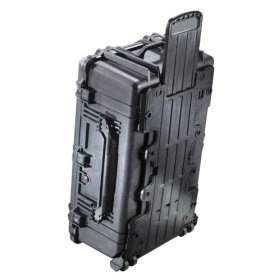 Bohus is the co-star blogger over at Retro Thing; while James Grahame sends us goodies for Create Digital Music, we’re pleased to welcome Bohus to the site, and have some terrific stories lined up from him.

: great for impromptu documenting, and reminds us that video is still fun. [Ed.: Watch for the review from Bohus, coming soon.]

DVD Recorder: authoring in a computer is better, but I find myself using a cheapie DVD recorder all the time in my work for quick dubs, capturing live performances, recording source footage off of TV.

: not “visualist” per se, but a knife with a USB drive on it? What’s not to like? [Ed.: At 2 GB, I’d say that qualifies as visualist gear! Maybe not for toting video — or much of it, anyway — but if that’s not a must-have, what is? Just remember to take it out of your carry-on on the plane, cough, Jaymis. -PK]

: superior to the overrated Leatherman multi-tool (try opening one of those with one hand while hanging from a gantry) Ed.: Leatherman makes my NON wish list. Heck, just give it to airport security. Get something better.

Digital Juice: stock media company offer much more than just animated backgrounds for wedding guys. Lots of stuff that can be remixed creatively, and their recent price cuts make this stuff incredible.

Calibar: pen-sized test signal & sync generator. Not made anymore, and used to cost several hundred bucks. There is something new — the Calibug — that’s similar in purpose that uses your laptop as a signal generator. Very cheap in comparison, but I still like my standalone Calibar. Awesome for troubleshooting.

Ed.: Okay, so the discontinued Calibar isn’t quite available as a gift, necessarily, unless you have a Fairy Godmother. But what about the Calibug? It requires a laptop, and lacks the lovely vintag
e-ness of the Calibar, but also worth adding to  — well, my wish list, at least. Watch for a review, but it looks terrific: tons of test signal options, a cute, neoprene-coated aluminum jacket, and everything you need is in the package: 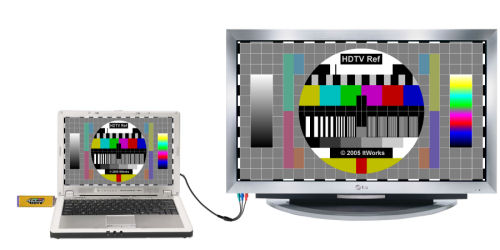 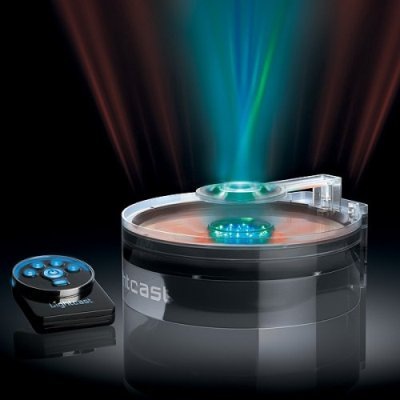 : analog audio to flashy LED party light thingy. Made by the Uncle Milton ant farm people. Got one for review for Retro Thing, but not quite retro enough. Nice for impromptu music visualization though. [Ed.: Yup, expect a review of this, too!] Atari Video Music: not cheap, but the prices have come way down on Ebay. This device is pre- Atari 2600, before Atari knew the hit they’d have on their hands with video games. It’s designed as a stereo component and outputs crunchy and blocky pulsating graphics in time to music you feed into it. Very nice. I’ve got two. 😉 Photo: drumsnwhistles, who has two cute things in her house: a pug, and a Chumby.

With all this other wonderfulness, and so many potential toys and goodies to own (and, um, store), I’ve decided to pick just one thing I really want. That’s the Chumby. Come on, as an obsessive-compulsive, interactive art-making visualist, you can’t just have an alarm clock. The Chumby is an intelligent, networked device that lets you stream Flickr photos, check the weather (since lovers of projection are often in dark rooms with no windows), and, yes, even run custom Flash visualizations and tools you code yourself. An alarm clock you can code yourself: now that’s a thing of beauty. Okay, technically, it’s not an alarm clock, it’s a "personal internet player", but if there’s another thing visualists need, it’s some technological assistance next to bed things. Late nights at the club, late nights coding, late nights rendering, all-night red eye flights — this application alone surely justifies the cost.

And with built in sensors, you could code the thing to double as a weird, small football-shaped performance controller.

I’m not sure this will get to anyone by Christmas, but you could draw them a picture (or print out some ActionScript) and wrap that. And my birthday doesn’t actually fall until January 13. Just sayin’.