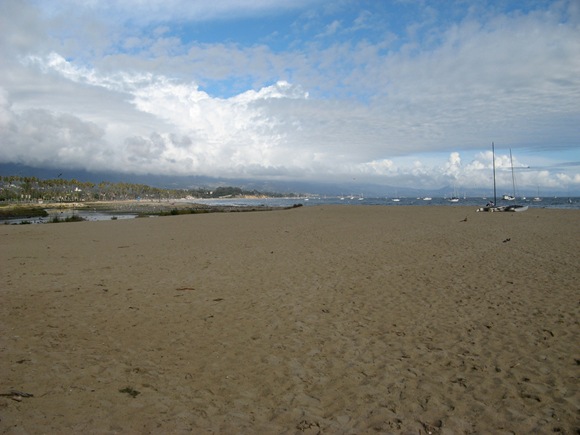 Now, it’s a more longer beach. Hmmm… too bad you can’t do this to the real world.

“Content-aware” image resizing — the ability to stretch images without distortion — is all the rage. vade covered the technology at last summer’s SIGGRAPH, and we’ve since seen publicly-available tools. But the New York Times musters an entire feature story on the topic (now it’s definitely mainstream), complete with a monster round-up of tools.

Thanks to Emmet for the tip!

Liquid Rescale, free for use online or as a GIMP plug-in

And, while you’re at it:

Microsoft GroupShot, for merging images (and incidentally, there are some surprisingly hot image-merging tools in Windows Live Gallery for XP/Vista — really. Occasionally, though not nearly often enough, Microsoft notices how insanely cool their R&D people are.)

Okay, so there are a lot of free tools out there for doing cool stuff. The Times suggests this might pose a threat to the hegemony of Photoshop, except that I think Adobe’s sales are fairly safe with all the people who need gorilla-sized programs for image editing — and consumers have long had lightweight alternatives, even since the earlier days of Adobe.

And I did have good fun stretching my snapshot of the Santa Barbara shoreline above.

But here’s what’s missing from this picture: motion. And being that that’s the mission of this site, I think this will all get really interesting when we see two things:

Real-time processing: Finding the stitch/seam points is processor-intensive (well, maybe not as slow as it is in Flash in RSizer, but slow nonetheless). But you can pre-process still images. That means it should be absolutely possible to manipulate images using this technique for live motion. My beach wouldn’t make a terribly great visualist performance, but I’m sure you could find something fun.

Video: vade suggested when we first saw this that this could revolutionize changes of aspect ratio. And lest you think that sounds too processor-intensive, look at the new motion analysis features of tools like Apple’s Motion, which churn through video with growing speed. Finding these seams would appear to take a lot of pixel crunching, so this could be a ways off. But I don’t think it’s necessarily impossible — especially if an algorithm could be developed simplifying the technique for this purpose.

Anyone with data algorithm chops, though, let me know if I’m nuts.

Let Your Fingers Do the Drumming: New, Compact Zendrum ZAP