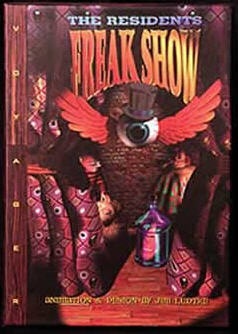 When Adobe acquired Macromedia, a lot of people thought that’d be the end of Director. After all, Director and Flash have had increasingly overlapping capabilities for some time, and Director seemed like something people used years ago. Think again: talk to people doing interactive design, and Director — for better or worse — lives on.

With the Director 11 update announced this week, that’s unlikely to change any time soon. New in this release:

Now, anyone for a Voyager interactive CD-ROM (as pictured right, from the Director heyday)?

Physics and 3D? Impressive stuff. So I should be excited, right?

Here’s the problem: Director remains a huge beast. There’s a reason people have moved on to tools like Processing: you can create projects that are manageable, expressive, and lightweight using free, open source tools. Director 11’s support for JavaScript is encouraging, but here’s a puzzler: what’s the relation with ActionScript 3, which technically is ECMAScript? What about Lingo? Why DirectX 9 support rather than cross-platform OpenGL support? Where is Adobe’s open source strategy in all of this?

The best news I can see: because Flash files work within Director, you could use the combination of the two as a potent tool. But it’s a steep learning curve to actually get there. And Adobe’s Flash comparison only muddies the water further, because Flex is supposed to be the same desktop/web platform Director claims to be. And I think it’s hilarious the Director website omits any images of the interface, perhaps because it’s too 1990s.

The features here were all done for specific reasons, and a lot targeted at the people still using Director. But I have to admit, I’ll be staying far away. For people who know Director, this may be terrific. But for those who don’t, there’s an awful lot of competition that allows you to get to work making stuff faster. For desktop apps, I’d use Flex. And for 3D and physics, I’d use Java.

Director lovers out there, feel free to explain to me why I’m wrong.

Crap, the Adobe developers probably have this site via Google Alerts. I’m in big trouble. Okay, let me know why I’m wrong, really. (Wouldn’t be the first time.)

Torrent: Listen to 700 Songs from South by Southwest

MacSoftwareWindows
SunVox 2.0: the nearly-free modular pocket DAW just got a slew of new features
MacSoftwareWindows
IK’s model of the Neve 1081 console is free this month, plus free EQ and metering
Software
Celebrate your Blue Monday with the choir sound from New Order – and Kraftwerk’s Orchestron
MacSoftwareWindows
Dorico 4 is finally engraving-level notation with MIDI editing powers, in a single tool