It’s been 2 months since artificialeyes announced their new Mac-only visualist tool 3L ("Thrill"). The ae guys have just pushed out a new beta release, updated the 3L manuals, posted a new features page with screenshots, and the word from Michael is that the commercial release will happen as soon as they have the infrastructure in place for selling it.

To further whet your appetite, over 100 free VJ loops created with 3L have been posted to archive.org: 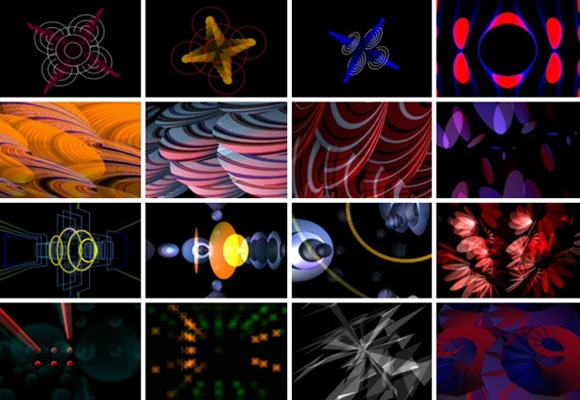 … and leading by example, they have also released two content DVDs on VMS. These feature content generated almost entirely in 3L and are designed to be used with the VMS Video Moving Systems.

Hungry? Well, how would you like a main course of "Free 3L Private Beta" to go with that? artificialeyes have provided CDMo with five invitations to give away. The beta group is currently under 50 people, so this isn’t your average web2.0 style "put it out there and call it a beta so we don’t have to make it stable" software release.

Before you go putting up your hand, however, there are some conditions. Most importantly: You’ll need a machine which is capable of running 3L.

If you can tick those boxes, then all you need to do is leave a comment on this post (edit: Entries are now closed. Winners will be announced on Monday). Entries will be open for 72 hours, then we will randomly select 5 people to join this exclusive group of visual visionaries beating their graphics chips into submission. Those who have been chosen will receive a beta invitation, and the others will receive an invitation to join the 3L mailing list (opt-in, of course).

If you miss out, don’t fret. The pricing for 3L – €200, €150 for students – is very competitive, and I’m sure that artificialeyes will keep us in the loop on their release progress.