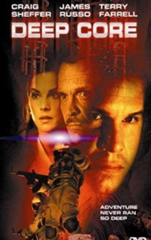 The free (for non-commercial use), Windows-only, insanely-powerful visual/multimedia patching environment vvvv just got a killer feature: the ability to make your own "nodes" (what are called objects in some other modular tools).

It’s actually pretty easy to build, too, and the developers have some templates for you. This is way up the list on my summer projects. You can do matrix transforms, as well, so 3D / GPU-based video processing gets very interesting, along with simpler manipulations of color, string, and number values:

The latest vvvv version offers developers an interface to write their own nodes for vvvv. A plugin is basically a .dll file, that can be drag&dropped into a vvvv patch where it appears as a node. If its stored in vvvv’s plugins directory, its even available in the node list.

vvvv gurus, if you give this a try and make something interesting, let us know: