QuickTime X: Here’s What We Know 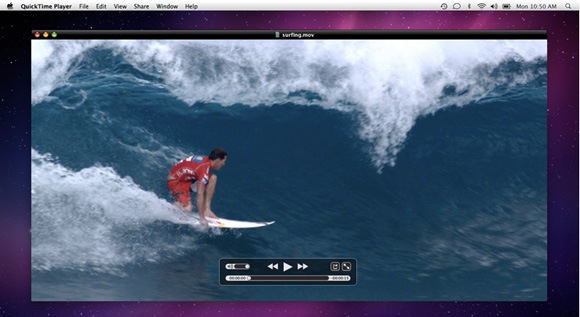 Hang X, dude? Apple is mostly talking about the Player app, but under-the-hood QT improvements could be meaningful to visualists and live visual apps.

Okay, having gotten my rant about Apple’s extreme level of secrecy out of the way (I’m standing by that), we can at least talk about what Apple is saying about QuickTime X, cutting through the marketing as best as possible.

We’ve known for some time that QuickTime X would be a ground-up rewrite – one badly needed. That could have some implications for compatibility, though, which is something to watch. The details are sketchy at this point, but here’s what’s possible to say: 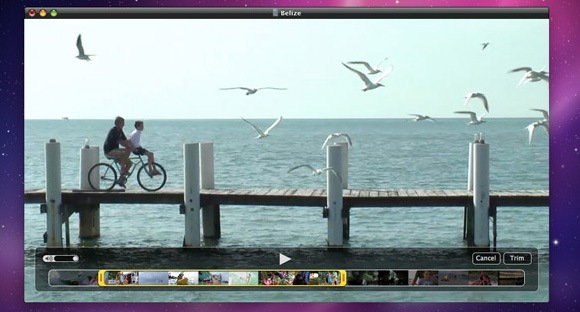 The new trim feature may actually wind up being the most useful addition in X.

Of course, what’s missing in all of this is any mention of how this works for developers, how things like color profiles might be interoperable on non-Apple platforms, or what happens to QuickTime for Windows. In typical Apple fashion, this is all about what benefits the Mac and what’s built on the Mac’s own technologies. That’s not necessarily a bad thing – in fact, Microsoft, you are still working on DirectShow, right (cough)? But the more these platforms become proprietary and specific, the more painfully obvious the need for better cross-platform frameworks becomes. Nor does everything always have to be tied up with the OS. Apple’s own emphasis – portability to mobile devices, GPU-native processing – in fact speaks directly to cross-platform, OS-agnostic issues.

Already, many interesting commercial and open source applications are starting to build on cross-platform frameworks like ffmpeg/GStreamer. To call these developer-friendly, though, would be an exaggeration. Part of the problem is that the dark cloud of patent confusion, fueled by the US’ antiquated intellectual property law, casts a shadow over more widespread use of such frameworks.

I think there’s value in creating OS-specific tools, and it certainly makes sense given Apple’s business model. But because we rely on these foundations for art, and because development often extends beyond devices with Apple logos on them, the alternatives are important. Apple had at one point aspired to build across platforms – but the legacy of QuickTime never became that, which is part of why it missed out on Web deployment to Flash and why it could miss out again on emerging trends in development.

Apple is focused – perhaps fairly so – on their ecosystem. But when you see images like the mobile export option, don’t you wonder a little bit about what would benefit your ecosystem? 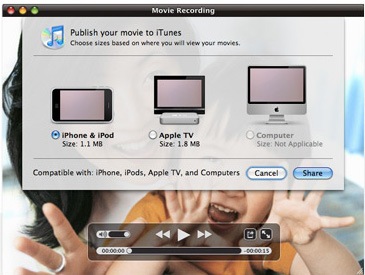 Hmmm, good thing the only hardware in the world is made by Apple!

At least the good news is, my sources suggest Snow Leopard should be a really nice visualist upgrade for Mac fans – and while there’s nothing I can get on the record, Quartz Composer should continue to develop, too. Stay tuned for fall, the official release, and compatibility info.

previews
Erica and Sonic Potions LXR-02 drum synth-sequencer is here
previews
SOMA’s upcoming REFLEX is a polysynth with timbres you touch directly
Apple
Spatial sound, Suzanne Ciani, a free workshop online, and the joy of quad, with KamranV
video
VS Visual Synthesizer responds to your music, with shader and layer powers (Mac, Windows, iOS)
We use cookies and other tracking technologies to improve your browsing experience on our site, show personalized content and targeted ads, analyze site traffic, and understand where our audience is coming from. By choosing I Accept, you consent to our use of cookies and other tracking technologies. Please read our Privacy Policy.