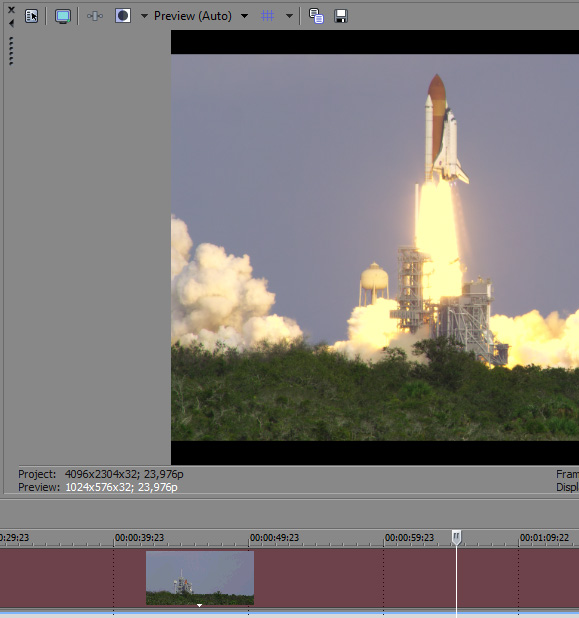 No, you’re not imagining things. That is in fact 4096-pixel-wide footage you’re editing, right in Sony Vegas.

What happens when digital cinematography meets a favorite desktop video editing app for mortals? When our friend Nathanaël Lécaudé, also a talented multitouch developer, said he had encountered some work with RED, I was really curious to know first-hand what the experience was like. Sony Vegas is a curious creature – it’s the name you hear least when talking about desktop video editing, until you talk to users, at which point this Windows-only tool gets near-cult status. It’s especially big among visualists because its original developers built it from a musical perspective. Throw in the RED camera’s digital cinematography, though, and something interesting happens. -PK

While I’m not rich enough (yet ;)) to own a RED camera, I’ve been pretty curious to see what the editing workflow is like with different apps.

When Sony Vegas 9 came out, the first feature that got my attention was RED support. I have always loved Vegas for its simplicity and excellent workflow, so I wanted to learn if it would still be beautiful with the huge RED files. I downloaded a couple of R3D files from http://www.redrelay.net. Here are a few observations: 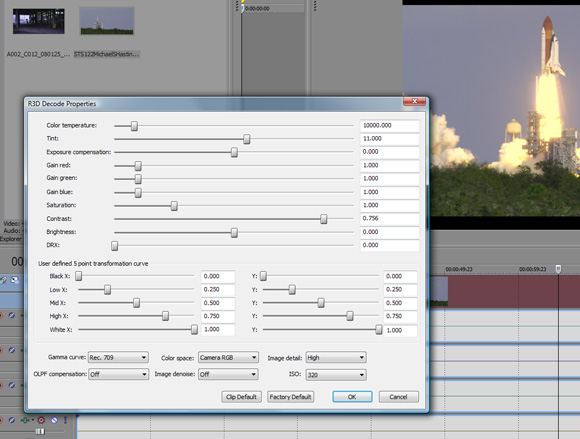 What was really impressive for me was the ability to change the RED raw settings directly from Vegas. Among other things, you can set white balance, exposure, custom curves, color space, all within Vegas. You can see the result in realtime. I do a lot of RAW photo editing
with tools like Adobe Lightroom, and being able to do the same with video files is magical.

I tried the same thing in Premiere Pro CS4 but wasn’t able to get the files on the timeline (Premiere would say the files were not of a recognized format). Now, I’m not a Premiere expert, so it might be my fault. [Ed. Still, the ability to get Vegas’ speed and workflow here to me is a huge boost – and the fact that Vegas, even with RED, still can run happily on modest machines. -PK]

There’s a very good article about all of this here :
Going one better: RED editing and what Vegas 9 has under the hood [Broadcast Newsroom]

Ed.: I hope Nat forgives me for doing this, but I have to post this shot of him with the RED camera. This thing is just huge. It looks, at least, like a friendly robot. The idea that anyone would go out and buy a car when they could have one of these instead just baffles me. -PK 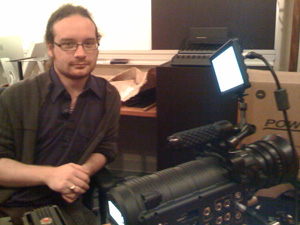