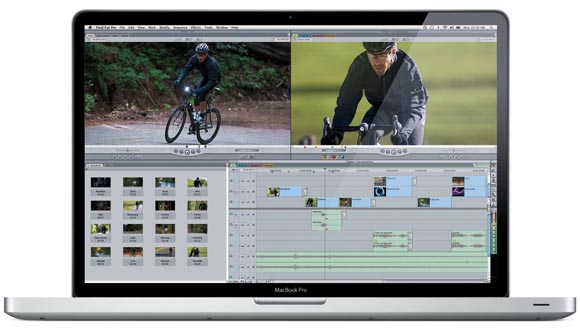 Our friend Xeni Jardin at Boing Boing has had a sit-down with the folks from Apple to talk about the new Final Cut Studio, along with other videobloggers and Web producers. Yep, Apple is happily aware that video production isn’t only limited to big production houses.

Xeni has a nice overview of the highlights to which she’s looking forward in Final Cut Studio. I still have some remaining questions, but I have to live with Logic Studio first! One giant box o’ Apple software (okay, slightly smaller box, anyway) at a time.

The key features mirror some of the features I (and other commenters) thought looked promising. The biggest crowd pleasers:

And yeah, that last one does mean that Motion is now the preferred titling tool rather than anything in Final Cut itself.

I’m still interested in import/export workflow. Background export is a huge, huge boost… I wonder if you can transcode one project while starting another, too, and how efficiently Final Cut handles the background test.

Meanwhile, I’ve finally started testing the preferred Windows tool among the Web video crowd (Vegas 9), as well as dipping my toes for the first time in a truly open source workflow on Linux. Each of those options is very, very different, but they also each provide some twists even Apple doesn’t have. Stay tuned.