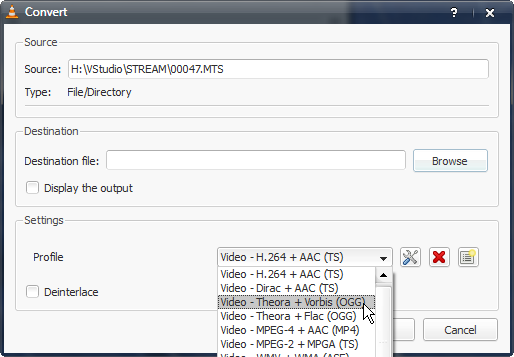 If you work with video at all, you’re likely already best friends with VideoLAN’s VLC Media Player, the lightweight, fool-proof Mac/Windows/Linux player that somehow manages to play any video file on any OS without intervention. So, it was big news last week as VLC hit the 1.0 milestone, a major, polished, stable release of this open source package. (And yes, it’s a video player that can sometimes put even Apple’s QuickTime Player on Mac to shame.)

But the real news in the 1.0 release is actually that VLC becomes an easy one-stop shop for video conversion. There are plenty of conversion tools out there, but VLC shines in making encoding to H.264 – and open formats Dirac and OGG Theora – stunningly easy. The presets actually make sense, so you can often export for the Web just by choosing those settings. (Even for those of you who know what you’re doing enough to customize, that’s especially good news for, say, telling students what to do.)

When you do want to adjust settings manually, click the tool icon and you’re given a powerful set of options for these formats. Even there, though, the creators have made this video conversion for human beings. Note the prominent deinterlace checkbox (as opposed to one hidden deep in a dialog that even pros may forget to check). In settings, you choose a scale option and VLC worries about the aspect ratio for you – a simple task a lot of tools overlook. (Imagine that.)

OGG Theora export comes at an important time, too. Mozilla’s Firefox 3.5 and Google’s Chrome both support Theora as the default, open, lowest-common denominator for video playback using the HTML5 tag. That means the promise of not only freedom from proprietary plug-ins like Flash, but patent-laden, license fee-ridden formats like H.264. Best of all, the change could be transparent to users, as a fallback player will choose Flash or even a backwards-compatible Java player. Granted, the actual reality turns out to be more complex – some browser vendors are shying away from adopting Theora because of patent liability concerns. But that’s the subject for another story – the point here is, someone who doesn’t even know what OGG Theora is can choose it for output and upload to, say, the Internet Archive.

Conversion is just one area of video acquisition that VLC has improved. Capture is working a lot better, too, making VLC my go-to tool for testing video input devices and quickly grabbing live footage. And VLC remains a powerful tool for video streaming. 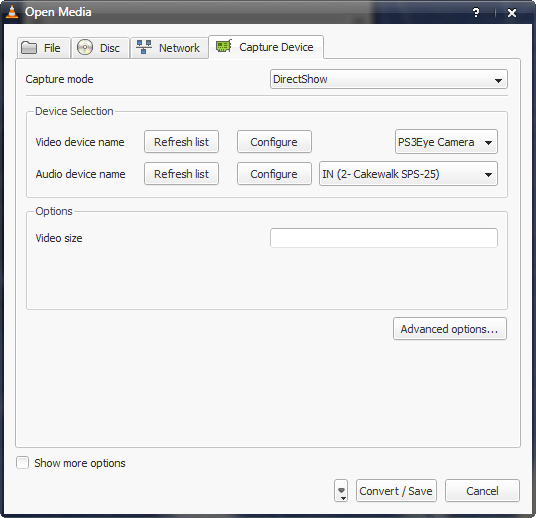 To me, VLC exemplifies where tools for video should be going. It still uses the back-end that makes sense on your OS of choice (gstreamer on Linux, DirectShow on Windows), but as much as possible is made cross-platform, interoperable, lightweight, and efficient. Having a tool that works everywhere – something QuickTime increasingly does not, even on Windows – is a huge step. The open source community is equally interested in finding an option that will work for video editing and not just playback and conversion. Blender points the way to what may be possible, but that’s further off. Then again, even having VLC is something for which we can be thankful.

Enough talk. Go download if you haven’t already. (And note: while I had some stability issues with earlier builds of 1.0, the final release is definitely an improvement on all three platforms, in my experience, at least.)

Linux
MOD Devices made a guitar synth you can actually play like a synth – so your guitar is the CV
Mac
EboSuite 2.0 hands-on: live video recording and more makes VJing feel native in Ableton Live
MacWindows
The best way to integrate Ableton Live and Eurorack modular – for any rig
Mac
May the 4th be with you, in a new documentary on the sounds of Skywalker