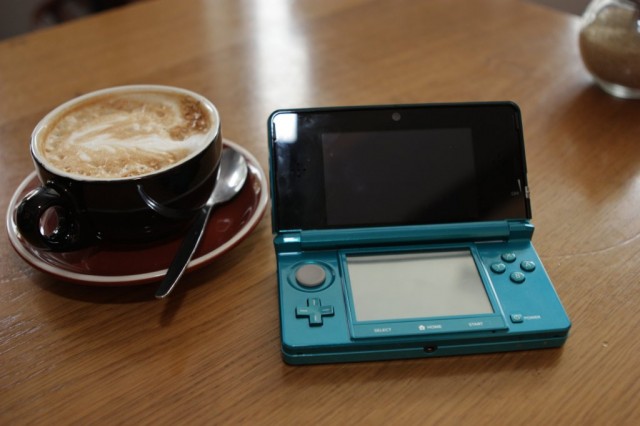 Hey, remember this guy? It’s the Nintendo DS, and before shiny iPhones and iPads and Androids stole everyone’s heart away, Nintendo’s handhelds first demonstrated the musical, visual appeal of mobile among hackers and artists. Now, the 3DS could well win some of that spotlight back, perhaps surprisingly so. Our friend Dave Dri has gotten a rare hands-on with the new 3DS system. Games? Uh… sure. But with a beautiful, glasses-free 3D screen and lots of geek-friendly features, that might only be the beginning. Dave is already asking some of the questions handheld musicians and visualists might want to know. He writes:

I just had a one-on-one with the Nintendo 3DS, care of the PR person [from] Nintendo. They wouldn’t let me shoot the screen while it was on, but otherwise left us alone to geek it up.

We had three development units to play with, each with a game installed – Street Fighter, Zelda and the augmented reality example. The latter is an angle relevant to the music pitch. I asked if there were any plans for music apps, but my contact didn’t know of any plans to date, but using the augmented reality game, I was blown away by the possibilities. The game featured a dragon bursting out of the surface the target card is on, in our case a table at a Surry Hills cafe, and it had a seriously impressive trick of sampling and animating the surface “flipping over”, as well as concave and convex effects.
Another game, Face Raiders, “samples” someone’s face, and then super-imposes this on a series of characters that fly around the screen, merged with real-time video from cameras on the far side of the screen.

For video and audio hacking (care of the onboard SD card reader), or an extension of the Korg DS-10 style of retail offerings, there is some incredibly potential here! The tilt and motion controllers could conceivably be used to affect pitch and timbre of a virtual augmented reality synth – where in the game examples you have to move around the 3D world animated out of the target card and surface, and shoot targets in a full 360 sphere around the card, you could possibly be
triggering scenes and samples by moving around the real-world surface and “shooting” triggers.

Also… Nintendo have gone the total opposite direction to Apple. SD card, passive file transfers with other units within range, and a host of wifi and web features opens up a device that reminds us that “Sync to one library of wipe all content, no USB or SD, constrained media hosting, single-direction file transfers” devices aren’t the only things out there.

Just a ramble – you’re probably all over this, but I reckon you guys would get a lot out of the potential for audio and visual from this thing. Likewise let me know if there’s anything about the 3DS that I should check out. I get a review unit on loan in a few weeks, so more info the better! 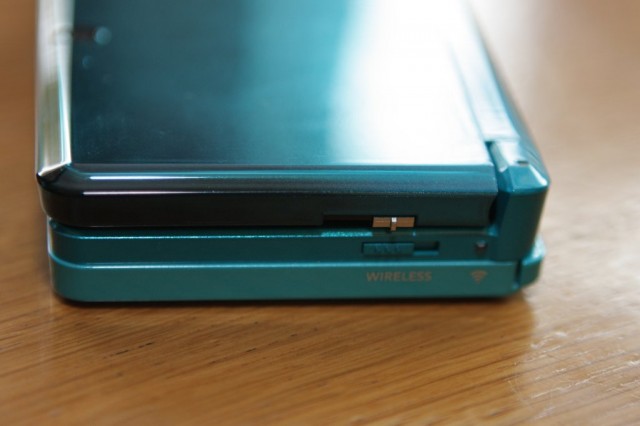 Wide-open connectivity sounds fantastic to me, and something I do desperately wish we had more of on iOS. (Android, at least, is “open” in this respect.) Development, though, is another story. I’d love for Nintendo to see developers flocking to iOS as a reason to open up their game system to casual and independent developers, let alone homebrew and hacking, but I’m anything but optimistic. Still, as with Apple, it’s hard not to love the machine anyway for their engineering – and seeing some of these connectivity and storage options is indeed encouraging.

Enjoy the images, ask questions, and we’ll for sure check in with Dave again soon. 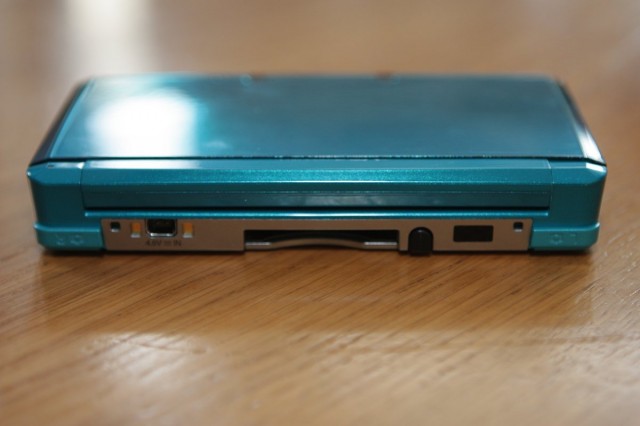