Walter Murch Identifies 3D’s Shortcomings; A Non-Luddite Plea for the Imperfection of Illusion 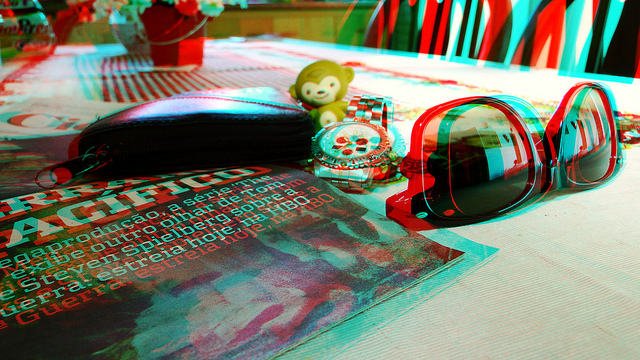 Roger Ebert is not a person with whom I’m accustomed to being in agreement. His position on whether games are art seems laughable for someone who makes Hollywood his living, attacking a medium rather than the content made in that medium. But kudos to Ebert for bringing to light the insight of Walter Murch, the legendary film and sound editor and a personal inspiration to many of us.

As Ebert notes, Murch (unlike, cough, Ebert) is no Luddite. In fact, aside from pushing the envelope in sound and editing technology, Murch himself has been a champion of 3D surround sound. The issue is with picture. Murch writes Ebert:

The biggest problem with 3D, though, is the “convergence/focus” issue. A couple of the other issues — darkness and “smallness” — are at least theoretically solvable. But the deeper problem is that the audience must focus their eyes at the plane of the screen — say it is 80 feet away. This is constant no matter what…

Yes, darkness and some of the details of the way depth works in the image may be solvable. And I’ve watched extended 3D films without getting headaches, though my understanding is that isn’t true for a large chunk of the population. But the convergence issue leads Murch to some more troubling points:

1. Film editing can’t be as rapid in 3D, because of convergence issues (and potentially quicker horizontal strobing).

2. 3D, far from being more immersive, actually places viewers in a more distant perceived relationship from the screen.

Point two I think is the most important. I’ve felt acutely aware of it each time I’ve seen a movie, but I’m, well, not Walter Murch, so he describes it with technical eloquence I lack:

3D films remind the audience that they are in a certain “perspective” relationship to the image. It is almost a Brechtian trick. Whereas if the film story has really gripped an audience they are “in” the picture in a kind of dreamlike “spaceless” space. So a good story will give you more dimensionality than you can ever cope with.

Why 3D doesn’t work and never will. Case closed. [Ebert’s terrible headline on a terrific set of insights by Murch, Chicago Sun-Times]

I think technologists should be able to embrace Murch’s insights – even, indeed, if they’re advocates of 3D. If you want to use a special effect, any special effect, you have to understand its limitations.

Unfortunately, too many technological advocates become parody images, anti-Luddites who are as blind in their embrace of what’s new as Ebert was in his rejection of the games medium he didn’t understand.

Wired’s (otherwise-insightful) Chris Kohler, for instance, stakes out a really strange position, saying that Murch is simply a Luddite:

Hmm, so spoken dialogue in movies was thought to impose an undue strain on the brains of the audience? The parallel goes further: Other sources quoted in the book said that audiences “regretted the loss of the ’soothing’ or almost hypnotic state induced by watching silent movies.”

In short, he says, “It’s the old comfortable shoe argument against new technology.”

The problem is Kohler’s parallel doesn’t hold up, not to physics, not to human perception, and not to history.

First, 3D as Murch describes it isn’t new technology. We’ve changed the apparatus of stereoscopy, but the fundamental principle is older than motion pictures. Yes, a 1929 argument about soundtracks looks pretty ignorant in hindsight, because we now have nearly a century of synchronized sound to use as a basis.

See:
A Brief History of Stereographs and Stereoscopes

This is going to be huge! Photo (CC-BY) stepnout.

It’s not a new idea, it’s not a new way of perceiving images, it’s not new in film, and there are few people with more technical or conceptual experience with working in 3D perception – sound, image, and video – than Murch. You can build a bicycle out of modern, aircraft-grade materials, and it’ll probably be better than the older bicycle, but it’ll still be a bicycle.

None of this means you should accept Murch at his word, just because he’s a titan of film editing. On the contrary: if someone is a titan of a field, someone has to take the responsibility to try very, very hard to contradict them, or nothing will ever advance.

It’s easy to argue with what is artistically expressive. It’s hard to argue with perception. 3D is an illusion that reminds you that it’s an illusion. 2D film, too, invokes forced-perspective, but that perspective can shift, and your brain is able to constantly reinterpret it against relative markers, because it’s drawing the 3D conception of space off a 2D plane. Ask, oh, centuries of perspective painting about that.

That’s not to say 3D is bad, or that 3D doesn’t work. (Indeed, Murch says that it works.) It just has to be understood as a more constrained medium. There’s historical precedent for bumps in the popularity of such obvious illusion: look to the Baroque and Rococo periods in art and architecture. I think it’s safe to argue that we’re in a Neo-Rococo, not just Neo-Baroque period, celebrating just this kind of technical trickery. It gives us video games, it gives us Jurassic Park, it gives us renderings of foreign cities in the Nevada desert. (Among those who have reached that conclusion – Angela Ndalianis in the superb Neo-Baroque Aesthetics and Contemporary Entertainment.)

If Murch leaves out anything, it’s that cultural context, the one that allows game critics to be so snarkily pro-3D in the face of these technical challenges.

But you can’t overlook the senseless faith in technology that says somehow all of this will be overcome, physics and your brain be damned. Your brain is able to make 3D work, but the whole crux of Murch’s argument is that there’s a cost to editing and the term everyone loves so dearly, “immersion.”

I think the best use of 3D will be those that embrace these weaknesses, not the the films that pretend they don’t exist. The 3D film I most enjoyed in theaters personally was Coraline, and now looking at what Murch says, I realize the film got mileage out of all these limitations:

Games and interactive media would do well to consider the same issues.

Technology is not a war. A silent movie in 2011 still can give a sense of a dreamlike state a “talkie” can’t – those folks in 1929 actually weren’t entirely wrong. They were describing the difference between two media. And talk about 3D: stereo remains the dominant music delivery format, and it’s still more than possible to put together brilliant sound design, scores, and sonic experiences in movies shot in stereo, not the surround formats Murch himself championed. Heck, mono sound is still pretty cool. So are black and white film images.

The limitations of 3D, and the enduring power of supposedly-anachronistic media like silent film should thrill, not disappoint. Those of us who write about technology don’t have our futures tied to how many TV sets Sony sells or how many tickets a big blockbuster movie does. So, lest we want to become a mirror image of Ebert shaking his fist at all games, we would do well to welcome a greater diversity of ideas, and the imperfect nature of all media as illusion.

editing
Dorico 4 is finally engraving-level notation with MIDI editing powers, in a single tool
3Dgaming
NVIDIA’s Omniverse and Studio let you create 3D worlds together – and they’re free to use
3D
VR becomes a fluid medium, a music video you can play, more, in PatchXR Patchathon
trends
Endlesss collaboration app is free, but you get tokens and NFTs and metaverse in the deal