For a change of pace, I adore this self-directed music video by Heidi Spencer (of Heidi Spencer and the Rare Birds), Milwaukee-based folk artist, working with Heather Warren-Crow.

The work is the opposite of what we get from most music videos; personal rather than cliched, gentle rather than gimmicky. It’s the opposite of what you’d expect on the viral-hungry Web. In a way, it’s naive in the way of Americana videos, but there’s something hypnotic to me about her fascination with percussive, still images of architecture and the interwoven musical surfaces. It’s nothing fancy, but it’s like being invited into someone’s memory, and the 16mm shots look great. Most of all, as a musician I appreciate that this self-produced music video seems wired into her musical logic. There are more impressive music videos to watch, but you get the feeling you’re seeing what she hears. 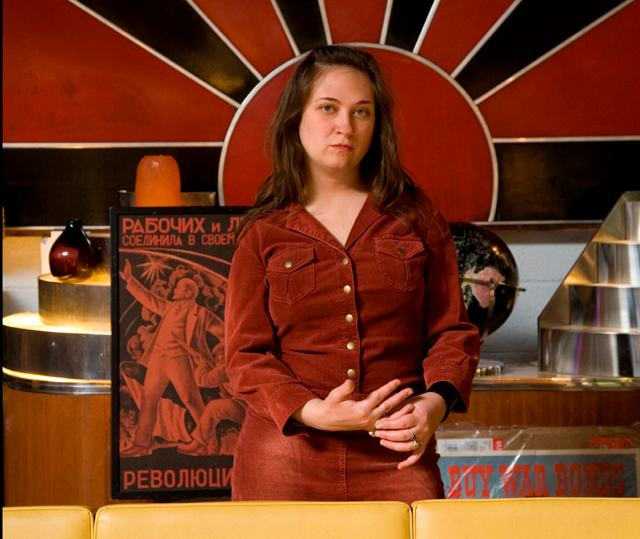 Oh, and watching film of people underwater I find as endlessly-fascinating as gazing into a fish bowl. If your blood pressure is high, give it a watch.

On the same, cough, wavelength, I got an email from reader Thomas Sweeney:

While I love this site, and am always soothed by your measured opinions, I find some of the visuals selected tend to be sterile: fireworks for fireworks sake. I offer this movie as a (soothing) alternative, and would ask that you showcase it when next you have a slow news day.

I suppose the point is, in today’s world, slow is news.

Thomas sends a video that is completely different aesthetically, as digital as the work above is film, but that also draws on water as a theme.

These are both truly digital works – even as the original medium was 16mm in the first video, the audio recording and production and video editing process remains digital. There’s no reason that digital aesthetic must be sterile or fireworks; aesthetic is only limited by the creator.

Seen music videos that inspire you? Let us know.

Retro, Graphical, SynthX is a Serious Touchable Synthesizer for iPad

design
Atari, at 50, leaves a legacy of electronic imagination in visuals and sound
design
Check this fanciful “old-school” retro tracker hardware and a cute groove
artistsmusic
Trace the Black roots of disco, house, and techno in videos and reading – summer school is in
artistsmusic
Hard as queer: Brutal Gegen releases and videos capture a party that’s defiant as ever