Before Microsoft made Kinect’s 3D-sensing, skeletal-tracking “natural interaction” a console tech, it got its start via maker PrimeSense on the PC. Ironically, efforts by hackers to do amazing things with Kinect may be part of what has given Kinect traction – certainly, launch titles were extremely limited.

Now, the same natural interaction looks to come full circle to the PC, and make the transition from hacks to official development. We’ve already seen the OpenNI group, of which Microsoft and PrimeSense are members, promise open, standard development across devices. Now, we’re beginning to see devices, plural, in place of just Microsoft’s Kinect camera/sensor. Many of these devices may wind up working more or less identically to Microsoft’s offering, but with friendlier driver support for desktop developers.

Case in point: ASUS, also an OpenNI developer, has made its own Wavi Xtion available for development. (“Wavey action” is apparently how you’re supposed to say this, but this is ASUS, so expect some excellent, affordable engineering coupled with absolutely indecipherable marketing.)

Microsoft says you’ll be able to do Kinect development someday on Windows, but ASUS may well beat them to the punch. Xtion Pro is available now for US$189, and has full C++/C# support on Windows and official C/C++ Linux support. (As blog OMG! Ubuntu notes, Ubuntu 10.10 is even listed officially as a supported OS. Yeah, ASUS!) No word on Mac development, but I could imagine support coming from the community. 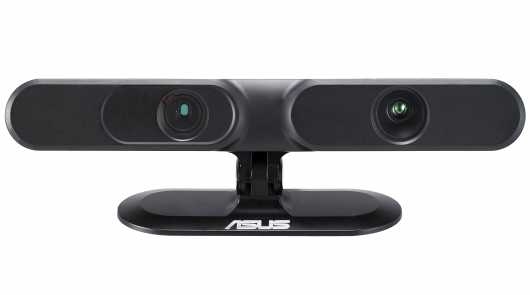 My hope would be this: rather than open source development efforts relying on unofficially “hacking” a closed game console peripheral, what we’ll increasingly see by the end of 2011 is official, free software support for open PC peripherals.

Of course, many of us will be waiting to see someone go buy one of these ASUS gadgets to find out if they’re any good first. Here’s how you can buy it in your country:
http://event.asus.com/wavi/gallery/FAQ.aspx

More details and availability in the ASUS US estore:
Xtation PRO @ us.estore.asus.com

And, if you’re feeling brave, you can win $20,000 making an app for Windows:
http://www.openni.org/asuschallenge

Anyone out there gotten one of these yet?

The major caveat: Chatting via email with Kyle McDonald, who has just completed teaching a course at NYU’s ITP program on Kinect, about this. The main thing is, we just don’t know what Asus is giving you that’s any different from running the same OpenNI driver and SDK with Microsoft’s hardware. Now, it’s very possible there’s more here, I think – but it’s just completely unclear, as it doesn’t seem Asus has quite gotten their act together on documenting the product. Ahem.