Cross-Processing as Digital? Video, Textural and Glitchy, Transformed in a Game

“Cross-processing” in the film domain involves using the chemicals intended for one kind of film on, essentially, the wrong kind of film. After discovering some effects by mistake, the technique largely makes use of negative image.

But what if the idea, conceptually, were applied to digital video? This workshop in Portugal by No-Domain explores the idea:

The Comunicar Design/ ESAD invited us to give a workshop that we called it “Video Cross Processing”, name inspired by the classic 90´s C-41 reverse chemicals process.
During the workshop 25 students shared an exciting experience playing with a lo-fi-video-technique to generate analogue glitches, textures, errors, colors, cathode distortions, graphics patterns and a bunch of plastic expressions found through analogue screens from tube and flats tv to mobiles phones.
The game was starting from a single letter (like c,r,o,s,s…) and then captured from a screen through another screen through a screen…screenscreenscreen….
4 hours workshop session using old televisions, minidv cams, phone and digital cameras, scanners and other material such as acetato, plastic, water bottles, paper…

In other words, not only were layers of digital processing used to achieve the effect, but the whole activity was playfully structured as a game using the word as a kind of acrostic for actions.

http://www.no-domain.tv/ is a Barcelona-based design collective.

What I love about images from the workshop is the variety of techniques used, processing in layers of steps. I find I’m happiest myself in similar kinds of play, and it’s great to see it applied to a workshop – with lots of lenses, screens, and digital cameras in sight, all the more to keep the chains of processing going. It’s like having a digital darkroom — in the light of day. (A happy thought for sunny summer weather.) 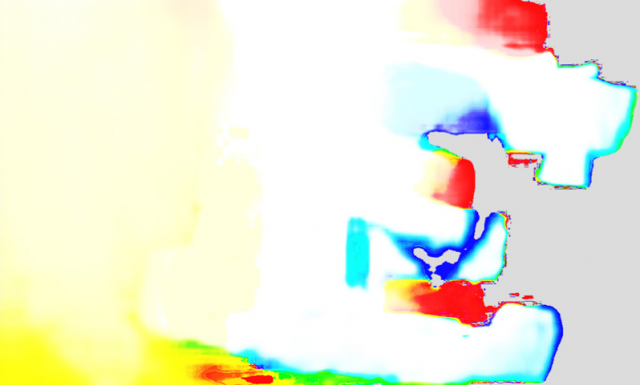 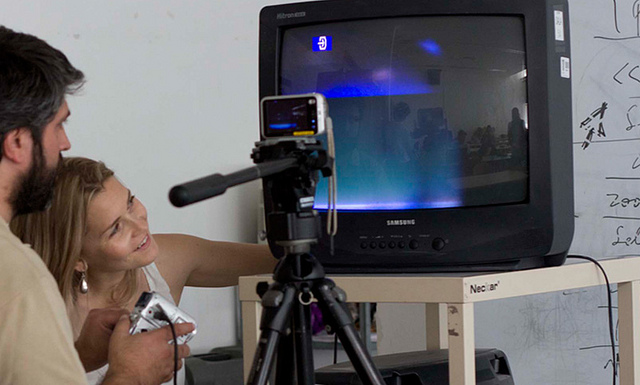 Exquisite Sonic Sculptures, Made with Motors and Cardboard