The crew at French-native collective 1024 Architecture are giving us plenty to write about. Working to hone their chops in mapping, generative projection, and audiovisual performance, these artists embody the Renaissance in these fields.

First, they point earlier this spring to a brilliant Quartz Composer plug-in that intelligently maps sound to generative visuals, the work of Japanese-based artist onom – see video at top; via 1024 blog. 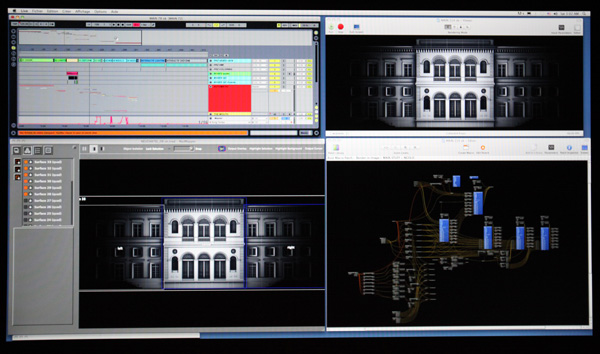 From top: 1024 give a building face a face; a screenshot reveals their insane setup, coupling MadMapper, Modul8, Quartz Composer, and Ableton Live for audiovisual goodness on the Mac.

Also, you can track their ongoing work with the MadMapper toolset. The tool will launch later this month at (where else) the Mapping Festival in Switzerland, complete with a workshop led by 1024 Architecture. Check out some of the work 1024 Architecture are doing:

Plus the official MadMapper + Modul8 + Mapping Festival announcement, which will have most of us (myself included) crying that we can’t be in Switzerland that week. (Hey, I hear Switzerland is a great place to move US corporations; can I relocate CDM?)

This all has to do with technique, but I believe the technique and technology are means to expression, expression that is both embodied in those tools and can transcend them. So, today on Create Digital Music, I review a live performance by the 1024 crew at this month’s Elektra Festival in Montreal. It’s not the premiere of the piece, but that’s a good thing. I don’t know how they felt about the performance, but my sense from being there and watching earlier performance videos was that it’s really grown and matured through rehearsals and really connected with the Quebec audience.
With Neon Guitars and Immersive Projection, 1024 Architecture Become Audiovisual Rock Band [Create Digital Music] 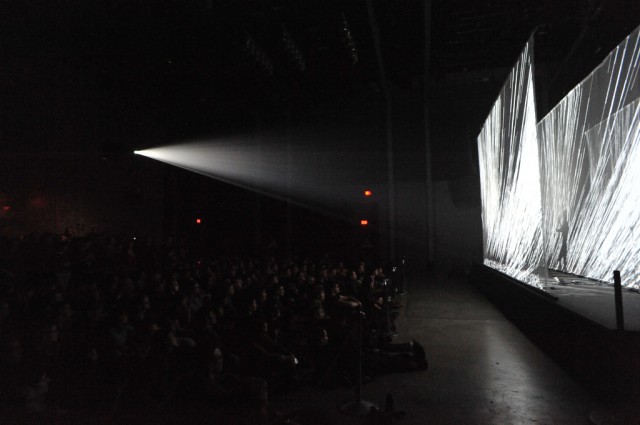