Drawing from historical lightbulbs, powered by creative code (the open source, C++ tool Cinder), “So… I was at a party last night” is a symphony in responsive electric lights. The reactive portion is relatively simple – sound analysis switches lights off and on in clusters – but the objects themselves move to the fore. The bulbs and their natural physical characteristics makes for a fusion of digital choreography and 19th-century technology.

Andrea Cuius-Boscarello, a veteran of Random International, United Visual Artists, and Cinimod Studio, collaborated here with a designer whose background crosses between digital and interior and physical, Roland Ellis. They’ve packed quite a lot of thoughts into their description; here it is in its entirety, along with more images:

Reactive Light Installation
Piece Title : “So.. I was at a party last night”
A collaboration between Creative Coder
Andrea Cuius and Designer Roland Ellis.

Commissioned by the poet Sabrina Mahfouz and her solo show Dry Ice. (Showed 20th – 23rd April 2011, at the New Wimbledon Theatre, London) Conversations and interactions form the stimulus for this reactive light installation. Each point of light has a character and together they form a dynamic canopy complementing the frequencies and amplitudes of a performance.
30 tungsten lamps with intricate filaments are suspended above the performer.
The arrangement pitches toward the audience forming a luminous ceiling, such that the stories might be told from beneath the sheets or within an alcove.
A microphone captures the audio, which is analysed real time producing the canopy’s illuminating reactions. The analytical software is controlled live to allow the poetry and the light to united in performance.
The naturally smooth dimming of the tungsten lends well to the classic aesthetic given to the canopy. The glass of the lamps
is of various forms, from the classic bulb to large spheres, cones and tubes; each with its own intricate filament glowing inside.
When extinguished the glass is speckled with reflections of light from around the canopy.
Lamps supplied, with thanks, by Historic Lighting.
Bio:
Andrea Cuius is a creative coder based in London, he works with different technologies to create unique experiences and connections between objects, audiences and environments. Previously with UVA and rAndom International.
Bio:
Roland Ellis is a Designer working with products, spaces and interactions. Having a background in Digital, Industrial and Interior Design he uses technical means to enhance spaces. Previously with AllofUs and Troika.
Images: Roland Ellis // Andrea Cuius
Andrea: @q_says // www.pushthemonkey.com
@roland_ellis // www.rolandellis.co.uk
Sabrina Mahfouz // www.sabrinamahfouz.com
Historic Lighting // www.historiclighting.co.uk 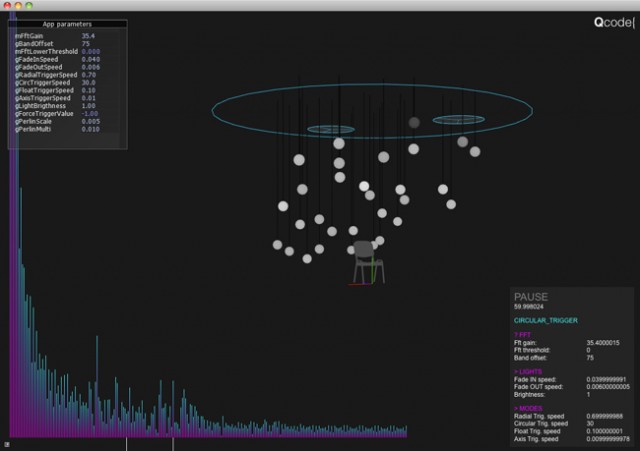 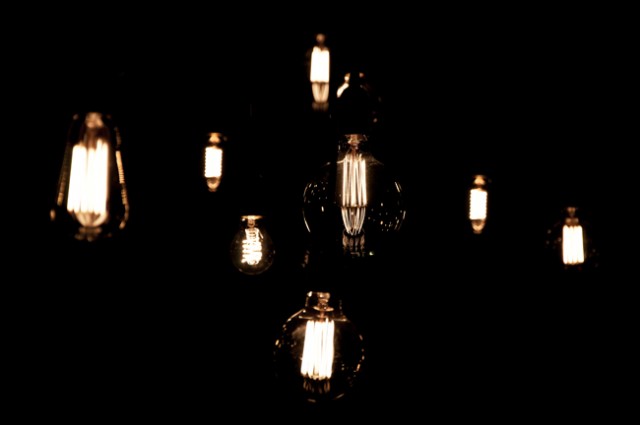 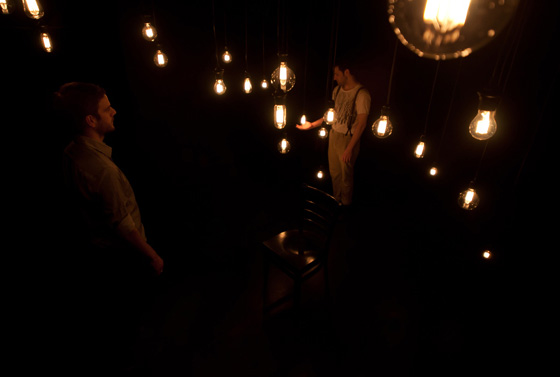 Sleight of Hand with Screens, iPod Magic, and Marco's Ruminations on the Power of Deception

designprogramming
Atari, at 50, leaves a legacy of electronic imagination in visuals and sound
design
Check this fanciful “old-school” retro tracker hardware and a cute groove
artists
Trace the Black roots of disco, house, and techno in videos and reading – summer school is in
artistsinspiration
Hard as queer: Brutal Gegen releases and videos capture a party that’s defiant as ever