Sleight of Hand with Screens, iPod Magic, and Marco’s Ruminations on the Power of Deception

Techno-wizardry and eye candy aside, make no mistake: as artists, we engage every day the essence of truth and deception. So, while magician Marco Tempest’s hands are fleet, his magician-trained choreography slick, and his coordinated mobile screens impressive, it’s the message behind the medium that’s most poignant. To me, at least, Marco has something to say about the nature of deception, something as much about artifice of humans as about the artifice of screens, that is complex, beautiful, and moving. 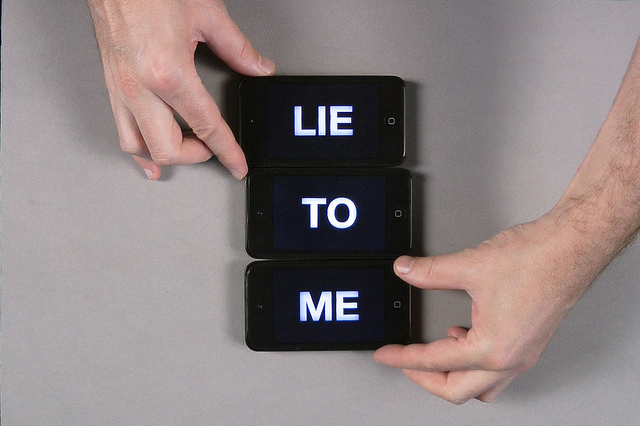 Naturally, that raises the question: what is this, exactly? Marco tells CDM:

I am not really sure what to call it. It originally started as a magic routine, but very early in the project it seemed like the magic was too distracting from the story. I decided to take the “how did he do that?” out of the equation and make it more of a “magical” piece. I do not want to challenge the audience to figure out how it was done, but rather emotionalize the message with some of the softer devices of my craft.

Magic really has the power to re-enchant us. It’s a wonderful medium to convey a message or a story and technology just happens to be the vehicle I use to get the initial attention.

Marco also encapsulates on video his thoughts on open source magic. That idea itself is a seeming contradiction, given that most people assume magic somehow crumbles when its secrets are revealed. But Marco is to me part of a bright, experimental movement in visual technology and magic alike. The technologists, like the magicians, are finding expressions that hold up to scrutiny, that remain magical even under the harsh spotlight of knowledge.

You can also find the free software by which Marco created the effect, synchronizing multiple screens:
http://marcotempest.com/screen/Public_MultiVid

And it really is true that Wikipedia – like all human knowledge – leads back to mathematics and philosophy. (Hint: even math is philosophy, not truth. If that isn’t relevant to mixing computation and art, I don’t know what it is.)

Putting the digital in prestidigitation, as always…