Celebrating the Adventurous and the Indie in Berlin's Gaming Scene, Fri+Sat 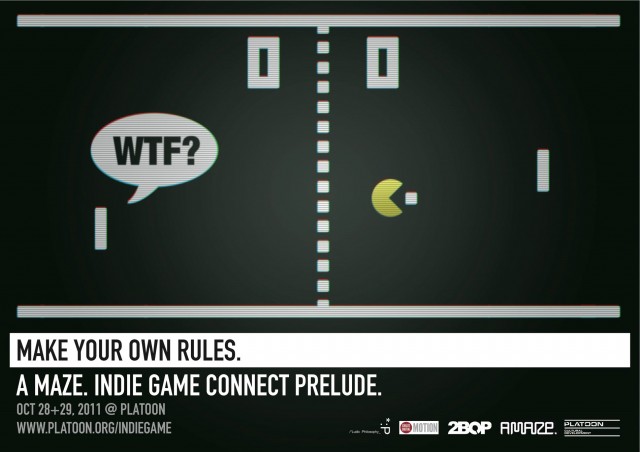 There’s no question independent gaming has found its voice. But it’s increasingly finding something else: a scene.

And that doesn’t just mean people huddled quietly around glowing displays in quiet isolation. Artists, advocates, and aficionados gather to celebrate gaming as an art form, as an event. It’s not just some aesthetic or nostalgic experience of gaming, either, as with the explosion of 8-bit: people are gathering for love of mechanics. And as the game mechanic and art venture in new directions, that is an exciting time for digital visual and interactive culture, generally.

One such hub is A MAZE. Centered in Berlin, the festival is a platform for what’s happening all over Europe, and its connections to the rest of the planet – or, as curator Thorsten Wiedemann calls it, “a melting pot for the European indie game scene.” (Thorsten, for his part, hasn’t trained his eyes exclusively on Europe – the German-based A MAZE is also now starting up in Johannesburg, where it promises to serve as a conduit for work around the fast-growing African continent.)

This week, I’m pleased to be involved in a “prelude” to the A MAZE Festival proper; we’re gathering in Berlin’s Mitte neighborhood for two days of presentations, gaming, workshops, learning, connecting, and the prerequisite drinking, eating, and music. You can read more about Thorsten’s work on the blog of the host, Berlin and Korean collective and art network Platoon:

Some highlights (I hope to bring you some coverage, CDMo readers, after the event, so fire off any questions or interests):

Those handful of you who are in Berlin, hope to see you there, and definitely say hi!

Everyone else, stay tuned…