Make all the hipster jokes you like. Fashionable film photography could be all that lies between us and the demise of film. With camera manufacturing and film stock going out of production, enthusiasts – both the inventors/merchandisers and users – are having to rebuild the film revolution from scratch. And while this site’s name has “digital” in the title, make no mistake: creative work with light and motion is dependent on maintaining traditional techniques for the full spectrum of choice.

That’s why it’s good news that today, Lomography has a motion camera. True to Lomo’s experimental roots in art student visual play, it’s not really a movie camera in the traditional sense. It’s a throwback to the beginnings of motion film, in many ways, down to the hand crank and jerky, slow-framerate capture. You could use it to do individual frames, timelapse style, or crank up to about 3-5 frames per second.

For visualists, it looks like brilliant, experimental fun, and I’m already thinking of ways to combine this “analog” workflow with digital tools that embody the same spirit. And Lomo seems to be going to digital hybrids, too, encouraging uploads to Vimeo. That’s good news – I can’t say I’ve absolutely loved Lomography’s own web photo sharing site, which can be clunky; seeing them embrace Vimeo seems very good, indeed. The design, which I hope to check out later today if I can grab one in Berlin, has some interesting features: 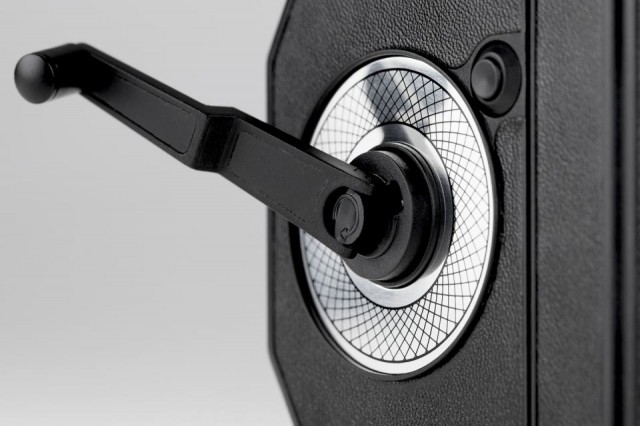 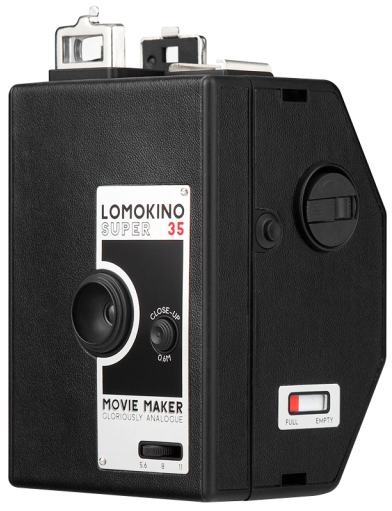 Best of all, while I anticipated some wildly-expensive product here, the LomoKino is EUR 65,00. And before you complain about that, come on – how much did you spend on your last lens? And your last Adobe CS upgrade? It comes with a book, too.

But why is this important in the bigger scheme? Even as film assortments and stocks dwindle, Lomography is getting into making their own film. And that expanding retail operation, that includes cameras in places like Urban Outfitters? It may make “serious” photographers cringe, but it could be the market that sustains any kind of usable scale in film manufacturing. (Remember how pricey it was to buy The Impossible Project’s clone of Polaroid film, and how inconsistent the results were initially, and how scarce it was? Plan for more of this – and, conversely, more successes when production ramps up.)

And let’s consider just how desperate the situation is becoming. The LomoKino is hardly a replacement, but the motion movie camera is meeting its untimely end.

The impetus for that story, in turn, was this sobering news, noted by Debra Kaufman at Creative Cow:

ARRI, Panavision and Aaton have all quietly ceased production of their film cameras to focus exclusively on the design and manufacture of digital cameras.

Now, that may make the news of a 3-ish frame-per-second 35mm film camera from Lomo seem almost more depressing to some, but I think that misses the big picture. First, reacquainting yourself with low-fidelity makes you appreciate high-fidelity in new ways – and the vast spectrum of possibility that film offers. (And, in turn, that can lead to a new understanding of digital as a medium with personality of its own – not only as a blank canvas that you use to, cough, Hipstamatic, pretend the digital camera is something it’s not. I believe that kind of appreciation is essential to visualists.)

Second, if you drive demand for film, you continue the possibility for future film cameras. That could include ongoing life for the maintenance and restoration of these cameras that are discontinued, and even new cameras yet to be designed that are at the higher-end. But film to the film camera is water: without it, everything else is moot. And it’s the scale of the film itself that is in most urgent need of protection.

In other words, sign me up for the Lomo revolution, and while digital is trying to kill film in the marketplace, digital for artists can help give film new life.

I’ll see you at the LomoKino launch party, and I’ll bring extra room in my bag.

By the way, Lomo friends: we’ve got createanalogmotion.com. So, I guess I’ll give up my usual rant about how film photography isn’t really “analog” in that it’s a chemical process th… oh, fine. You totally win.