Alien, Organic Beauty of Sepalcure Visuals, by Sougwen; Chat with the Artist

Like eerily-lush alien vegetation, Sougwen’s visual design for for Sepalcure’s tour blooms out of drifting shadows. Through some mysterious connection, they unearth some of the dream-like warmth you could feel from Sepalcure’s music, the collaboration by Machinedrum and Praveen.

Having known Sougwen and followed her work for some time, they also manage to assimilate the intricate textures of her hand-drawn work with the 3D digital world. See, previously, our coverage of that side:
Visuals for Shigeto Full Circle, and Reflections on Drawing by Hand

If you’re in Europe or the UK, there’s a chance this talented bunch are coming to your town. (Sadly, not mine this time.) But I also got the chance to talk to Sougwen about her process. Here’s are some quick answers:

Sougwen: Thanks! I was pleased with how that section of the visuals turned out.

So, these were rendered out first, then performed from the video clips live? How are they projected?

Rendered out first, yes; they’re a short selection in a larger body of clips I queue up in Modul8 using a MIDI controller.

They’re projection-mapped onto a suspended tryptych, which we performed at MUTEK Mexico. [The Mexico City MUTEK festival installment, from the fall, that is.]

Thanks to Bryan and Michelle Dodson from Integrated Visions for coming up with the triptych and their consulting assisting in multiple aspects of the A/V show. To see more of their work, visit http://www.integratedvisions.net/

And this is really part of a narrative, too, yes, for those who don’t get to see it?

It’s part of the whole AV show — they [Sepalcure] begin with tracks called “Inside” and “Outside.”

So the piece begins as an exploration of this abstract interior: you see fragments at a kind of macro perspective. And at the end of the show, “Outside,” the view pulls out [to] the full model.

How did you build the models?

The shaders I made in Cinema 4D, employing the drawings I’ve developed over the past years to create a sort of husk over the models. As such, they become more sculptural and a framework off which I can play with lighting and perspective.

How did you translate from your drawings, from that medium, to the shaders?

It’s very simple, actually. I assign my drawings to an alpha channel.

Ah, you use them directly.

Yeah, as a husk of sorts.

Any plans for changes in the tour, things you’d like to work on next?

We’d love to further develop the setup — switch it up entirely, collaborate with different artists like Peter Kirn and Hai Nguygen (of Cinder).

I fantasize about being able to use gestural drawing as a controller for the visuals somehow.

Wait, who? That’s my cue to conclude the interview – I know what happens next may involve me. Thanks, Sougwen.

Those dates – the ones with stars should be visual shows, though not all shows are confirmed one way or another. Either way, I think you’ll enjoy the music.

And it’s worth seeing not only the motion visuals, but some of the hand-illustrated album art Sougwen did for this record, which I think was some of the finest, most sumptuous record art this year – I wish more records would come out looking like this. 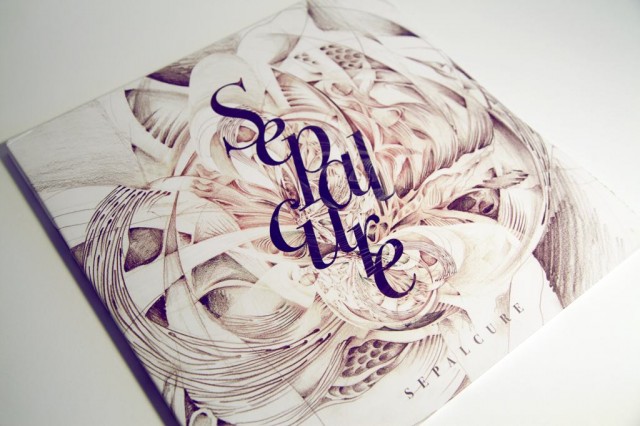