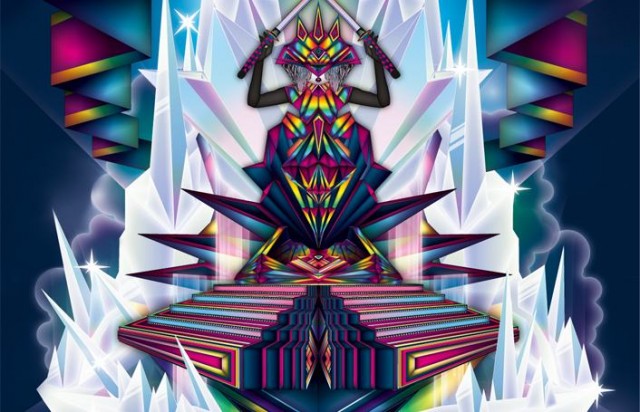 It may be hard to recall, but back in its heyday, MTV was a champion of experimental audiovisuals, one that pushed the artwork further and spread new ideas, virally, to hungry creative masses.

But no need to be nostalgic. We have seen the new MTV, and it’s the Internet. Pulling from YouTube, Network Awesome’s latest show explores that audiovisual goodness. And unsatisfied to leave this to a virtual-only experience, those videos will be live and in person in Berlin Thursday, June 28. Create Digital Motion is co-sponsoring the event, and we’ll be bringing you some of this energy to your corner of the world in the coming months. Network Awesome: it’s a party on the Internet, and sometimes, in the real-ish world.

It’s on the Music side of the coin, rather than Motion, but it’ll also mark the debut of a completely different side of Travis Stewart (Machinedrum, Sepalcure).

So, pull up a chair, fire up your iPad or Android or Mac or Linux laptop or network-equipped Amiga, and get watching some audiovisual … awesomeness.

First, 120 MEGABYTES’ Mark Brown, an experimental filmmaker himself, offers some thoughts on the programming:

I have a massive affinity for the avant-garde and cutting edge programming MTV was doing in the early to late 90s. 120 Minutes, Liquid Television, even just the bumpers and ad-blips, all left a pretty lasting impression on my developing brain and future creative identity. However, being born in the mid-80s, a lot of these nostalgic feelings have developed in the space between my hazy adolescent memories of what I consider to be MTVs Glory Days and by (re)-discovering things after they were already aired, which I think is one of the most valuable elements of cultural archiving / excavation projects. Videos that stood out would have to be Chris Cunningham’s videos for Bjork and Aphex Twin, however I wasn’t so much struck by the videos from that era as I was the general vibe of MTV before it made the shift from music-focused programming to reality based drama and lifestyle content. Aeon Flux blew my mind wide open the first time I saw it, Bevis & Butthead, Daria, etc. You really felt like you were taking in something unique, exciting, and culturally relevant when you tuned in.

Have a watch in the embedded renditions here, or head to the full program:
http://networkawesome.com/series/120-megabytes/

Bonus: here’s that TSTEWART music I’m eager to hear, in a quick sample. 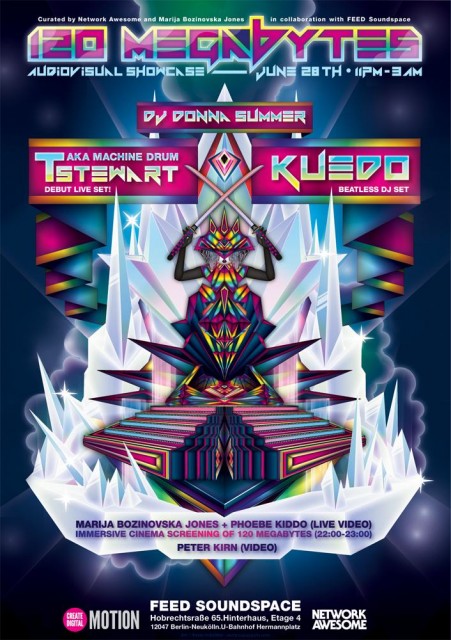 Presenting the first ever live show from Machine Drum’s new project Tstewart and paired with a rare beatless DJ set by Kuedo, this back to back showcase by the internationally acclaimed musicians is unusual in any city, let alone Berlin. Phoebe Kiddo and Marija Bozinovska Jones compliment the pair with an audiovisual set, Create Digital Media’s Peter Kirn provides additional video and Network Awesome’s own DJ Donna Summer (AKA Jason Forrest) brings the party.

120 Megabytes brings together musicians and visual artists in a space between sound and image. Featured weekly on Network Awesome and curated by Mark Brown, the show explores contemporary video artists and music videos with an unexpected link to the avant-garde.

The event is curated by Marija Bozinovska Jones and Network Awesome in collaboration with FEED Soundspace.

80s
Atari, at 50, leaves a legacy of electronic imagination in visuals and sound
awesomeness
Weddell seal vocalizations are cooler than your synthesizer, and we’re still learning more
80shistoryvideos
Trace the Black roots of disco, house, and techno in videos and reading – summer school is in
Germanyinspiration
Hard as queer: Brutal Gegen releases and videos capture a party that’s defiant as ever