Glitch: Exquisite Textiles, Made from a Circuit-Bent Point-and-Shoot Camera 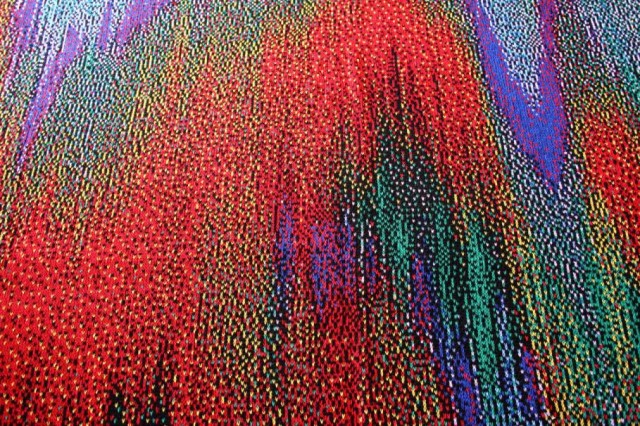 As winter’s chill sets in, any self-respecting lover of digital visual distortions will no doubt be curling under the protective warmth of a glitch blanket.

New York-based artist Phillip David Stearns, himself a kind of guru of glitch, has produced detailed, organic patterns spun out of camera hacks. Via machine knitting and weaving, complex, non-repeating patterns from the cameras produce landscapes of color. While produced by machine malfunction, the results seem strangely natural, cascades of interwoven hues sweeping through the cloth.

Stearns, for his part, describes the results as ironic, “a platform for fashioning corrupted memory,” but I think that does a disservice to the feeling of the sensors’ outputs. While the cameras are rewired, the results could be seen as an abstract expression of the camera itself as a medium, untethered from its normal figurative role capturing more conventional photographed images. 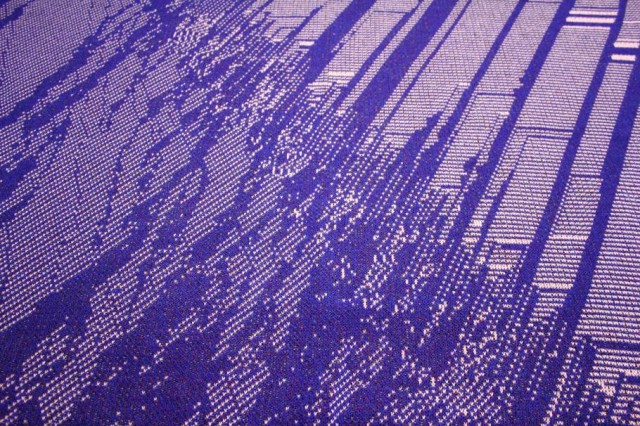 The images themselves come from circuit-bent Kodak DC-series point-and-shoot cameras. They don’t even need a light source, making this a kind of digital equivalent, as Stearns puts it, of working with chemical processing of unexposed film. What you see is a visualization of the data captured by the camera, as short-circuited electronic pathways reroute data directly into memory, turning those numbers into a picture instead of what came through the lens. These and others form sources for the patterns.

The textiles are available both as wall hangings and blankets. 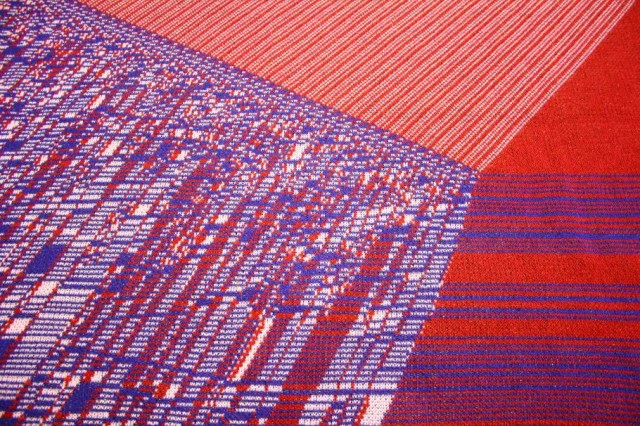 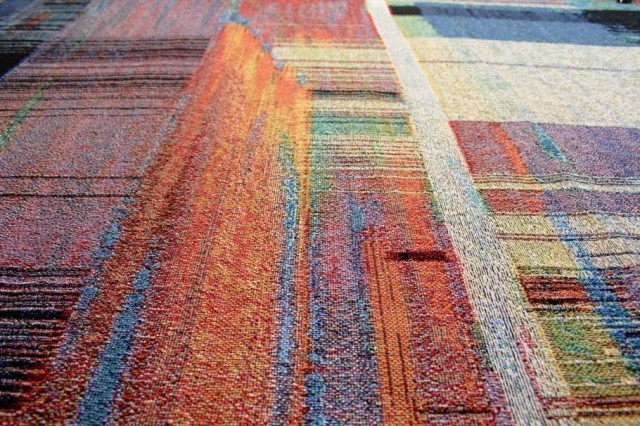 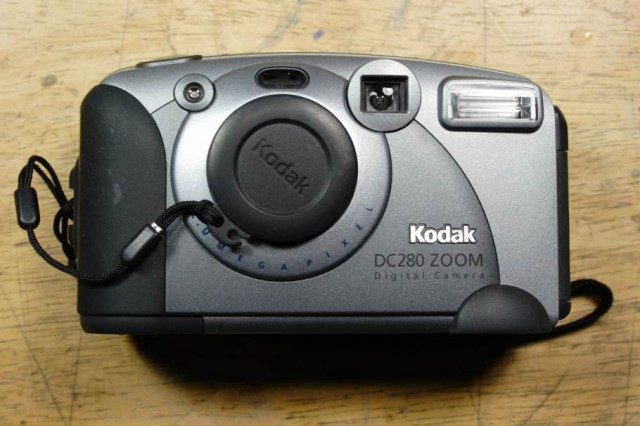 One of three Kodak cameras Stearns modifies to produce the effect. 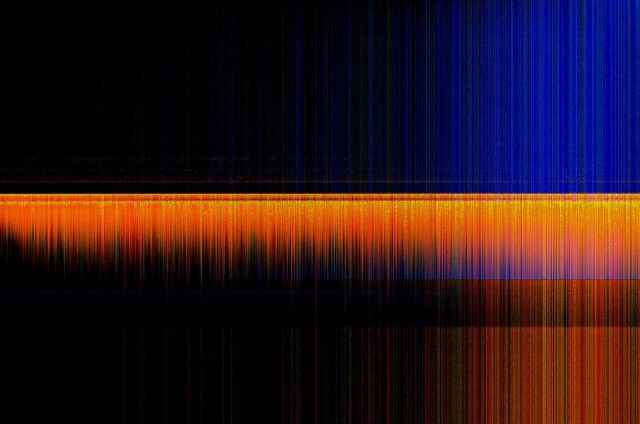 Source images like these are transformed from all-digital form to woven and knit creations.

artistsusa
Trace the Black roots of disco, house, and techno in videos and reading – summer school is in
artists
Hard as queer: Brutal Gegen releases and videos capture a party that’s defiant as ever
artists
Darwin Grosse, musical visionary and voice for Max and DIY learning, has passed away
NYC
NYC: Explore modular free with Reaktor Blocks in this free workshop (and dinner after?)