Behind the Veil: Reznor's How To Destroy Angels Makes Poetry in Light 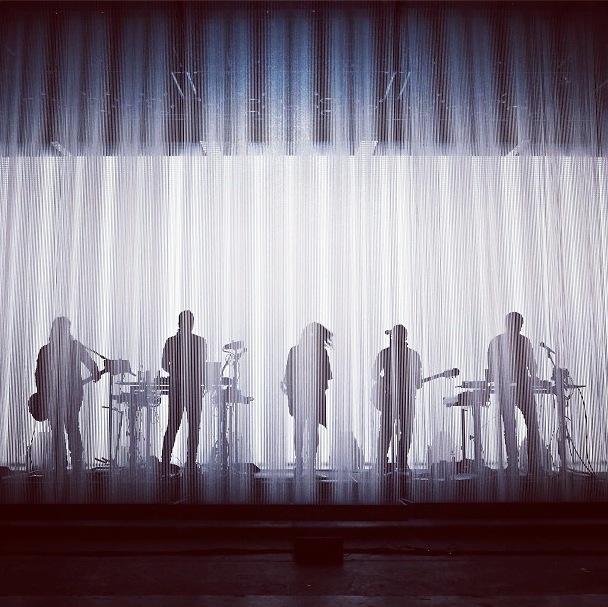 Enveloped by a sculptural projection of light, the band performed amidst a shimmering visual spectacle. Photo courtesy the artists; check out their Instagram.

Amidst a forest of illuminated tubing, the band How to Destroy Angels (with Trent Reznor, Atticus Ross, Mariqueen Maandig, and visualist/art director Rob Sheridan) take to the stage in an abstract digital structure. The stage image is transcendent, a rectangular prism of shifting digital visuals and projected effects. Perhaps it’s best to run this by the specs:

There’s a great write-up on Wired; what’s doubly nice about this is that it’s helping music journalists at Coachella understand the potential of live visuals – starting with the headline.

Coachella has some wonderful documentation videos, starting with a making-of vid:

Thanks to Jeff Blagdon and The Verge.

It’s clearly a tremendously-successful work. That means I’m saddened, though, by one quote in the Wired article from Sheridan. Referring to electronic dance shows “like Amon Tobin,” Sheridan says:

“But we also have a distinct advantage over that type of stuff,” says Sheridan. “We have actual musicians on stage playing real instruments, and a lead singer who carries a lot of emotion and personality and voice.”

I certainly won’t argue that Trent Reznor has stage presence the rest of us can only dream of. But to imply that electronic musicians aren’t musicians, or that electronic instruments – including laptops – aren’t “real,” seems to me a bit out of step in 2013.

To put it another way, I can’t blame my MacBook if I don’t have the charisma of Trent Reznor.

I think the example of Amon Tobin may be to blame. To me, Amon Tobin may have done more harm to the image of audiovisual performance than good: by hiding from audiences, his widely-documented show has presented an image of electronic artists that is insular and oriented away from visible musicianship. And oddly, many electronic music fans I’ve talked to have reacted negatively. (Incidentally, after communicating with the artists who worked on the visuals, Amon Tobin or his representatives have declined to let CDM cover the show. The secrecy applies to the approach to the press, too, which seems to be serving no one.)

Immersive visuals that focus on spectacle only – or on dreamscapes that aren’t about players – I think may well have their place. But it’s too bad some of the rest of this spectrum is lost. I would argue, for instance, that Daedelus and his electric show of mirrors and fog is very similar to this project. It proves spectacle can coexist with displays of musicianship, even as the performer comes in and out of view or is partly obscured. (What better demonstration of stage presence than the artist who can be just as present when they aren’t directly in the spotlight?)

The example here is poetic in conveying a sense of abstract experience alongside live performance. And that’s a model that could be applied to a lot of genres of music – including electronic ones. Even if you don’t have Trent in your band.

I hope we get to see it in Europe. And … I imagine a lot of people are going to be checking out their local medical supply store. (Surgical tubing, you say?) 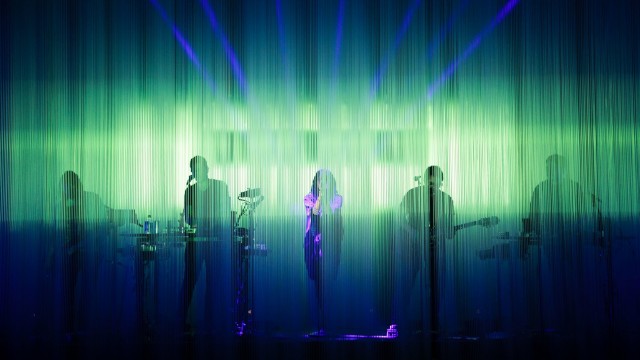 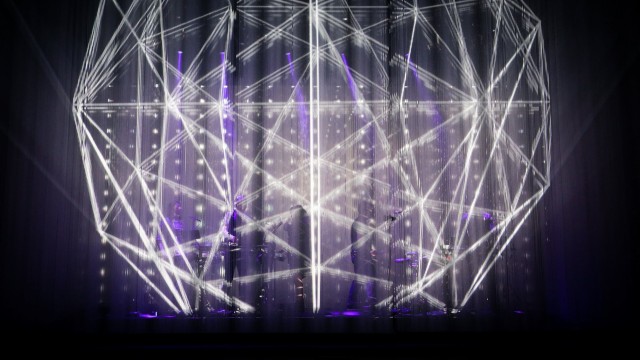 Discover Music, Get Free Samples and Live Packs, Get Your Ocarina On