Vezér is not a tool for making visuals on its own, but instead uses powerful envelope tools to let you shape ideas in time. And being as it is focused on time, more connections to sync and audio were understandably a big feature request. Now, Vezér looks like an elegant bridge between music sources and visual apps, ideal for both live visual shows and tightly-orchestrated music videos.

So even though the software is barely more than two months old, the developer says he has spent sleepless nights making that happen. And the results look great. Vezér 1.1 now incorporates MIDI clock sync (check out the demo with Ableton Live), the ability to add your own audio tracks, recording OSC into tracks as well as MIDI, or output MIDI clock, among other improvements.

First, previously on episodes of “what’s up with Vezér”:

Now, shown at top, you can receive MIDI clock signals – and Song Position Pointer – working with tools like Ableton Live. You can also send clock, so Vezér can either be your source or destination.

Audio Tracks and convert Audio to Keyframes from luma beamerz on Vimeo.

The Audio Tracks are for more than just playback. You can make keyframes out of the audio file, with or without filtering. And I imagine you could drop audio files in to aid with creating keyframes for audio, useful in scoring visual and audio connections. You can see how that might work in the screenshots below. 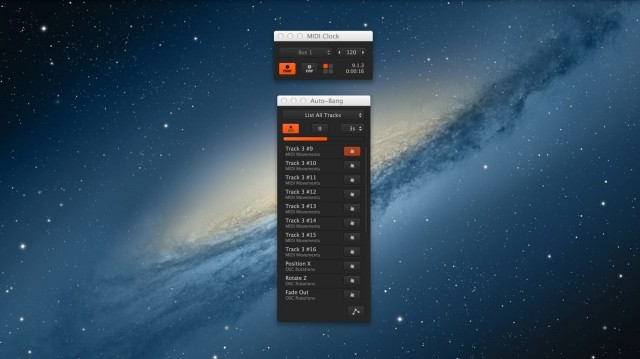 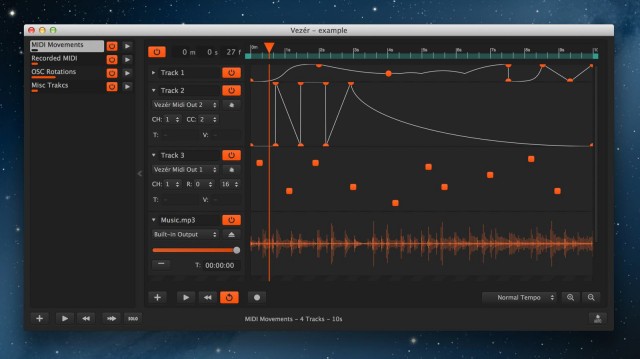 And the full changelog

Vezér may not be for everyone: it makes the demand on users to think of these sorts of envelope controls in regards to a separate tool. But combining MIDI and OSC controls, able to record both, adding rich tools for designing envelopes, Vezér provides a unique opportunity for those wanting to choreograph their audiovisual ideas.

And visual users are clearly the audience: there are already examples for CoGe, GrandVJ, Modul8, Resolume, and VDMX. (I might try Motion, since it also supports MIDI input.)

That’s the power of Hungarian engineering.

Singing Circuits: Who Needs Synths When a No-Input Mixer Sounds This Gorgeous?