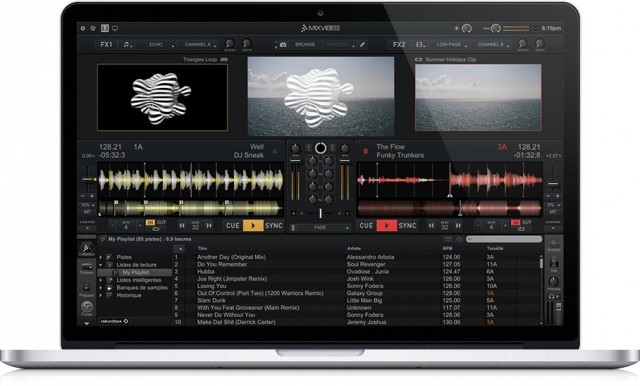 We’ve seen plenty of dedicated VJ products or third-party add-ons. But when it comes to mixing and management, most DJ software still focuses exclusively on music libraries. The lone exception has been the Video-SL add-on in Serato.

Cross 3 from Mixvibes goes further to integrate video natively than any DJ tool previously. The new release of the software adds an extensive set of video features. And the aim remains appealing to DJs, particularly those who want Pioneer hardware integration or who come from the club scene. Mixvibes isn’t just a random developer – it’s the same company that developer rekordbox for Pioneer. That makes the addition of features normally associated only with VJ software all the more interesting.

It’s the stuff we’ve generally seen associated with the “DVJ” concept, but integrated in a truly DJ-friendly package. Mixvibes are explicit about the goal here, in no uncertain terms in the press release. In a header labeled “Video for ever DJ,” they caution, “make no mistake, Cross is a DJ software with powerful video features, not a VJ software.”

That said, just how much video functionality is here? Quite a lot. Now, it’s not unheard-of to see audio and video work together. But here, you can treat video and audio both as integrated assets and separate media, even syncing the BPM of video to audio, and merging the results into a single clip. Features:

You can try out basic video functionality in even the free version of the program. But for output, sampling, and full functionality (to use this in any real way), the full version is 109.99 € / $129.99 / £89.99. Existing users get the program free.

I have to say, even if this is aimed at DJs, the simple beat sync and sampling functionality could mean a useful workflow for anyone doing AV sets. Check out the site and intro video:

If this sounds like the way you perform and you’d like to write a debut review, get in touch; we’d love to feature your work.

MacSoftwareVJ
EboSuite 2.0 hands-on: live video recording and more makes VJing feel native in Ableton Live
MacSoftwareWindows
The best way to integrate Ableton Live and Eurorack modular – for any rig
Software
MIDI Polyphonic Expression has been updated with one powerful feature: better documentation
Mac
May the 4th be with you, in a new documentary on the sounds of Skywalker