A video full of lasers, mountain ranges inexplicably floating through space, and endless shots of cats should seem a cloying, annoying play for eyeballs.

Thank Immo König. The solo director / motion graphics house did the visual production to the hypnotically-chilled rhythms of Phon.o in a matchup for the label 50 Weapons. König’s one-man band approach shows in a creation that’s inventive, but also tightly directed and paced. And he’s been doing this a while, in case you hadn’t guessed, a veteran compositor and effects and motion artist. (Listed on his site, only “Autodesk Flame, Adobe After Effects, Final Cut Pro, Nuke (Basic).” Okay, then. Guessing we’re getting all After Effects here.)

With dark, warm synths quivering against the lone beat and vocal loop, all the motion silliness seems dreamy, not camp, the afternoon reverie of a child instead of the mad ramblings of the Interwebs.

But a lot of this is the lovely music, including Kit Clayton – you’ll know him as a key figure behind Jitter (of Max/MSP Jitter). Yes, those are even his spectacles on the nose of a cat in the old Jitter image.

Hey! What did happen there?! 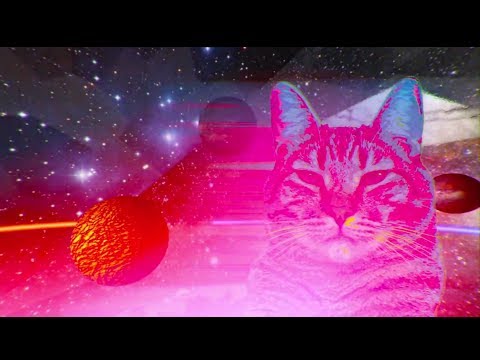 A Robotic Machine Worn on the Arm Turns Tattoos into Music