From Bratislava, the duo Triple Sun are making spontaneous, ethereal music with a combination of modular and computational tools. Against a flickering black-and-white film, this video last year is one of my favorites.

We’re inviting Triple Sun this week to Berlin along with Jonáš Gruska as part of a live program, so I want to take a second chance to explore what they’re doing.

“Sprint,” the film at top, is a metaphor for “running into the future, changing view,” Triple Sun’s Adam Dekan tells us. Modular synthesis and improvisation in the opening morph into an earlier sound design landscape, Adam says, back in the days when Triple Sun was a quartet (with guitar and drums). On Wednesday in Berlin, they’ll also look to spontaneous improvisation.

Triple Sun’s sound has apparently grown and morphed since then, so I hope we’ll get the duo to share their newer sounds with the CDM audience. 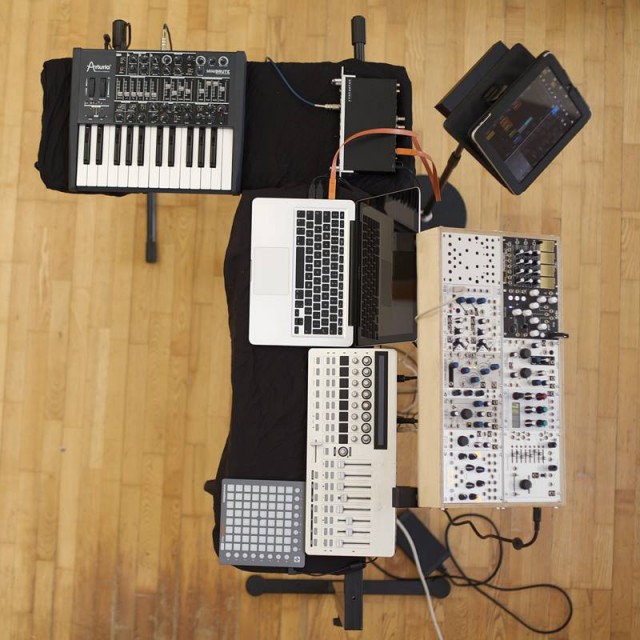 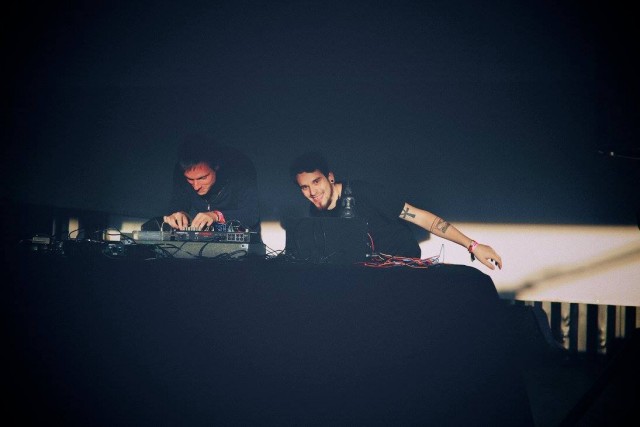 The moody, quirky and sometimes eerily-lovely record Triple Sun put out on Bandcamp-based Forum Absurdum is just the sort of obscure gorgeousness I like. The whole thing is worth a listen:

Meanwhile, Jonáš Gruska (whose name I will hopefully soon render properly on CDM – working on that), is working outside the box with performance. His musical practice also includes incorporating architecture and objects.

“I love finding and exploiting acoustic imperfections of objects and spaces,” Jonáš tells CDM. That has led him to a series of exhibitions/site specific performances – and we will present the latest. On Wednesday, he will amplify giant metal walls, the reused containers that form the space at Platoon Kunsthalle. I’ll let you know how it goes.

But of course, for the 95% of you not in Berlin, stay tuned to CDM for more on these and other artists.

Synth meets soft: how to use hardware inside Bitwig