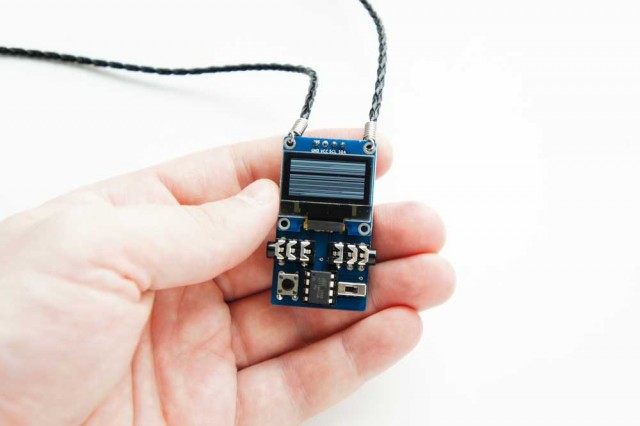 Record releases are old and tired. So are jewelry. Let’s solve this: with a wearable 8-bit necklace and pendant that takes audio input and turns it into weird visualizations – of course.

DU-QVJ is a collaboration between Detroit Underground, the fantastic tastefully strange label, with Russian engineer Alexander Zolotov. Add a tiny battery, plug in audio input via one minijack, and optionally add headphones on the other end. In between, the object makes gorgeously lo-fi grungy imagery on its 128×64 monochrome OLED display. Forget Apple Watch or even Pebble: here’s the wearable you want. It looks like what Lieutenant Worf would rock if he were an IDM-loving music tech hipster. (God, that’d be great. Take that, comment trolls – Worf will growl and throw you through a wall. Sorry, lost my train of thought.) 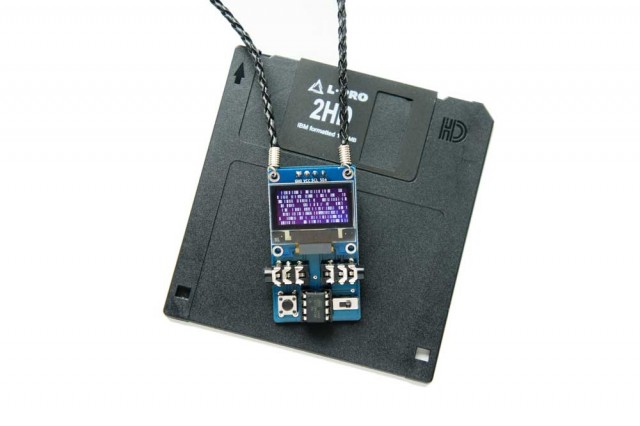 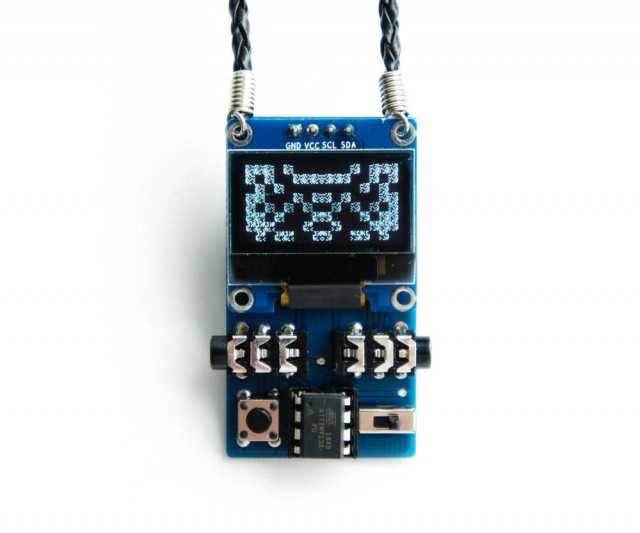 “Ah,” you say, “but what if my hipster cassette Walkman has run out of juice, how will I impress the boys and girls of my dreams without glitchy imagery to stun them into a kiss under the mistletoe?” Well, that’s sorted, through the power of Russian engineering: it also detects electromagnetic radiation and the “soul modulations” of its user (I guess provided its user is also producing EMF radiation, but if you read CDM, you’re in that category).

Handmade in Russia, and I think this all means I just finished the CDM gift-giving guide and can go out for some ice skating with some engineers. Correction: it’s so complete that… this is apparently sold out at the moment. But it’s coming back. Russian Orthodox Christmas, maybe?

Seriously, check out the Detroit Underground catalog if you haven’t. Stick these on some cassette tapes, add this pendant, stuff it in a clean knee sock, and give it to someone you really like.