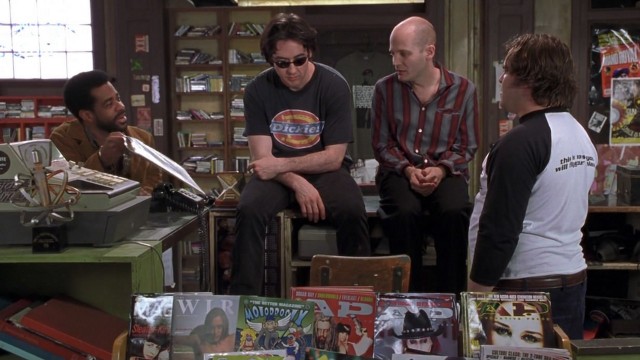 It makes some people cringe each December as much as the appearance of WHAM! and Paul McCartney (oh, “Wonderful Christmastime”). It’s the end of year lists in electronic music.

I have no particular problem with them, except that they’re limited in what they tell us. We get surveys that allow people to learn what the most popular music is by determining which music they … already think is the most popular. It’s like the musical equivalent of the Myers-Briggs test, or reading a horoscope. Sure, it’s entertaining, but the secret is, you’re basically just looking in a mirror and confirming what you already think.

So, here’s a different idea.

I’m curious to go to CDM’s readers, contributors, and select partners and friends, and find out the music we love that isn’t on the other lists. And don’t get me wrong, some of those lists are worthy ones – particularly those with editorial ideas behind them. But there’s such pressure to make them complete and to use them as a tool to gain readers, that I think a lot of great music simply gets lost.

Our challenge, then, is to find the music the others aren’t.

This isn’t a poll – even on a site like this one, that’d get us back into some fairly predictable answers. In fact, I don’t expect most readers will participate. Instead, the rules for you (and us) work like this:

What is electronic music? This is actually to me an interesting question. I think it’s not so important that something be dance or experimental. The realm of electronic music, though, is one where we can use electronic processes (analog, digital, or even digitally-controlled mechanical or electro-acoustic apparatus) in order to invent sounds. That makes musicians simultaneously inventors and composers.

Pick one thing you love, not made by you. It might be ground-breaking; it might be well within the parameters of a genre but exceptionally well produced. It should be something that was emotionally significant to you. And of course, to be objective, it shouldn’t be something that you made – but it might well be a friend or girlfriend or boyfriend or partner.

Say something. Here’s where we separate this from polls and make something meaningful. Instead of just listing an artist’s name, we want to know why you chose what you chose – what you actually heard in the music. Because, in the end, that may be what’s missing from these polls: a sense of what you hear in the music itself, not the people around it. Those things matter and they’re part of the party scene and concert business and industry. But those topics are all well-represented, and the musical hearing experience often under-represented.

Labels and artists and releases, anything goes. Sometimes, it’s about a particular track; sometimes, an artist; sometimes, a label. Sometimes it’s a live show. Any of them can tell a story. Let’s find something happening in 2015, though; this is a convenient way to look back.

Sets are important, too. We love live events – sometimes a live set or even DJ set can say as much as a piece of recorded music. Heck, maybe someone released something as an app.

Obviously, we can’t include all responses, so we’ll be skimming for the ones that look best. Answers need not be long – just, you know, compelling.

We’ll listen to you, and then make our own editorial judgment – because, you know, that’s our job. And you’re welcome to disagree with it.

If you’d rather leave some notes in comments, too, so others can discuss them, that’s okay – just make sure to submit your final answer in the form.

We’ll include the results in the coming weeks as we wrap up 2015. And I’m excited to do that, actually, because big things are afoot on CDM for 2016.

listening
Terje Isungset makes musical instruments out of carved Arctic ice
artists
Trace the Black roots of disco, house, and techno in videos and reading – summer school is in
artists
Hard as queer: Brutal Gegen releases and videos capture a party that’s defiant as ever
artists
Darwin Grosse, musical visionary and voice for Max and DIY learning, has passed away