Celemony Melodyne can now dive into overtones and spectra

Celemony’s flagship Melodyne audio editor has long been reaching past the limits of what most people imagine as pitch correction. It was clear the mission of the software was no less than seamlessly transforming audio – shaping sound as directly as you can MIDI notes.

Well, now it’s gone even further. Now we’re not just talking about moving polyphonic notes around. In Melodyne 4, we’re talking reaching into the spectra of polyphonic sound material itself. It’s like playing God with a recording. 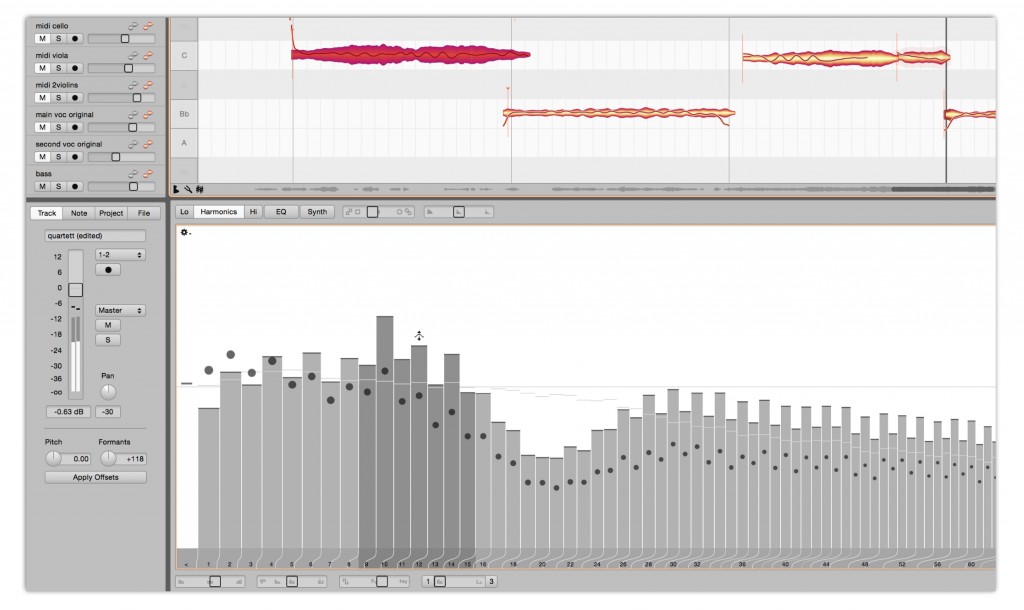 The banner feature for version 4 is called simply the “Sound Editor.” But whereas editing sound usually means working in the time or frequency dimension separately, here, you do both seamlessly – individual notes, even in polyphonic materials, are yours to reshape one overtone at a time. They’re calling it “polyphonic spectral shaping.” It’s a little like someone being given Warp Drive after they’ve been limited to steam. Watch:

You’ll notice a shift in the marketing, too. Melodyne are now talking explicitly about “sound design” – not editing or correction, but transforming sound. That to me was always the most interesting potential to this software, so it’s nice to see it become the main message.

With something this insane, you know mad mathematical genius Peter Neubäcker has to be involved. He’s the sort of character who thinks about these sorts of problems before breakfast the way the rest of us mortals ponder which color t-shirt to wear.

There are other big changes in Melodyne 4, too:

I want another hit of Neubäcker, so here he is talking about the tempo detection stuff. It’s about tempo detection that can see… into the future. And backwards. At once. Yeah, let’s absorb that:

Question: how would you want a product like this reviewed? My own bias is toward experimental use of the software rather than proper editing workflows, but maybe that’s just me. And I’m sure I could talk to users who go other directions. And would you perhaps like Peter to talk about the way he sees the universe? Let us know in comments.

We’ll be meeting up with Celemony next week, too. See you there. I know how German residents need some sunshine.