There are artists who are remembered for their cultural impact, for the power of their identities or their musical output. But David Bowie always struck me as one of those few larger-than-life personalities whose sheer force of productivity was staggering itself. From the tiniest details of a stage production to ground-breaking concepts in fashion to an exhaustive approach to studio work, Bowie was king of workaholics. He was a person who made, and made some more. If he had done so in total obscurity and you happened to unearth the output of his imagination, you would be staggered.

And everything was a work of art. That’s the sentiment left behind by another legend, producer and collaborator Tony Visconti, who commented via Facebook: 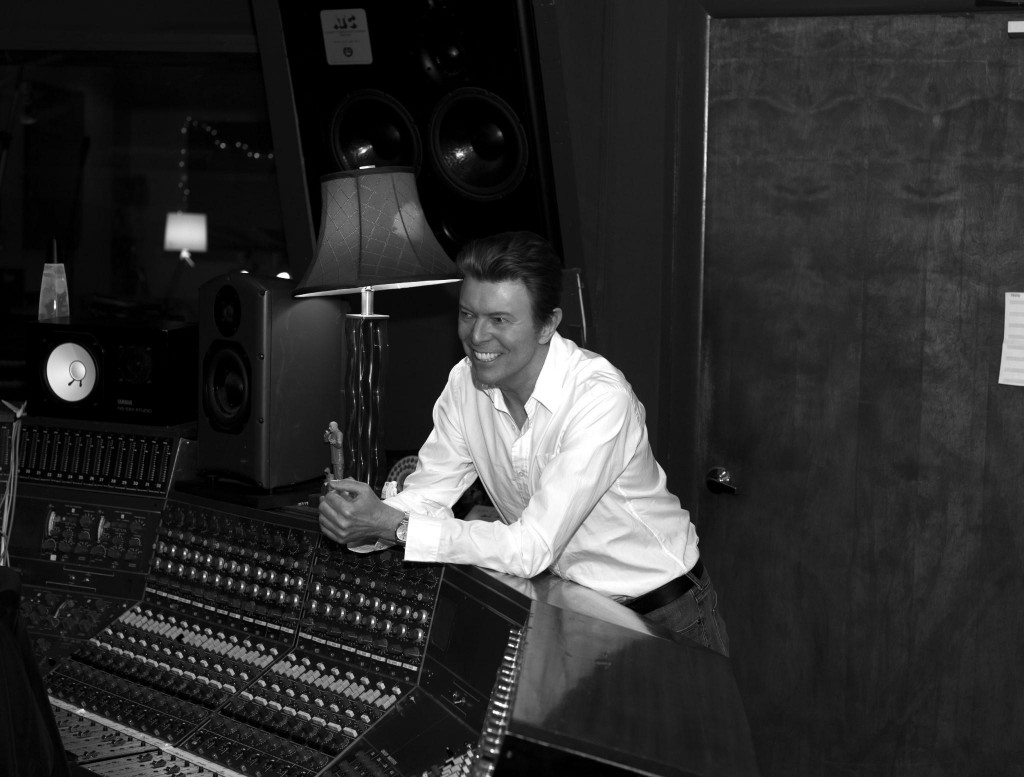 He always did what he wanted to do. And he wanted to do it his way and he wanted to do it the best way. His death was no different from his life – a work of Art. He made Blackstar for us, his parting gift. I knew for a year this was the way it would be. I wasn’t, however, prepared for it. He was an extraordinary man, full of love and life. He will always be with us. For now, it is appropriate to cry.

I wanted to assemble some moments of Bowie at work and talking about working and other moments that had some insight into his character – and beyond that, like a lot of you, I’m more or less beyond words. Here are a few of those moments.

Let’s start here in Germany, in a hugely relaxed television interview that talks about birthing kids as well as birthing music – and of course, the conversation about what Berlin meant to him. From Köln:

In a rather extraordinary, uncut video for the defunct ZDTV, he talks 90s Internet chats and disco naps and avatars. Of course, the real treat is watching him dive in on some vocals.

I didn’t get to meet Bowie, but I did have the chance to spend some time with Tony Visconti, whose production collaboration with Bowie is of course inseparable from music history. He talked to Red Bull Music Academy about those moments:

This 1996 interview is something special, starting from the unexpected conversation about deaf people and music. I want a pub table for all my interviews; it clearly puts people at ease.

In 2002 for NBC, he talks about how he’s driven – by sound or rhythm, “selfishly,” but not by expectations:

“We’re a good club band”: a “raw and uncut” 1987 interview. It’s kind of amazing, in that it feels like it could be just some bloke playing in a band, not one of the world’s biggest artists.

“I have nothing to do with the industry…”

“I put myself in places I’ve never been before … I can’t really write or produce much if I’m in a place that’s relaxing. I need a set of conflicts around me.” Profoundly personal commentary on creativity and addictive personality, with Jeremy Paxman in 2000.

Actually, if you watch just one, watch this.

“Working with synthesizers but throwing the manuals away” – well, here is clearly a kindred spirit. An excerpt from a documentary on why synths going wrong with “crackles and farts” was a pleasure rather than fake strings:

And of course, this is a delight – The Brothers McLeod animate the recording of Warszawa in, uh, slightly loosely imagined fiction as produced by Adam Buxton (who does a killer Bowie impression). And if you’ve been crying all day, this will get you properly chuckling again. (“Would you like me to put this through the Eventide harmonizer? It fiddles with the fabric of time.”)

Finally, not to switch back to crying, but here’s a poignant message from Tony Visconti about the new record, broadcast to Hansa Studios in Berlin, just in time for Bowie’s birthday and just before his passing.

Tony tours Hansa in this extraordinary video. “The danger did make the sound.”

We will certainly be looking forward to spending time with that new album, Tony.

Volcanoes create islands in the sea… watch to the end of that video for a trumpet rendition of Amazing Grace.

David Bowie: Your tributes to the Star man [BBC]

Also, this is a must-read — making an important connection to “modern classical” (read, also: experimental and ambient electronic) music. For experimental producers reading the site, I think that will resonate more than pop alone.