Fender are teaming up with Universal Audio; More UAD USB too

It’s no longer an either/or proposition: physical, digital, choose both. It’s now a natural for something like a guitar brand to expand both in the physical and virtual realms, and for the name to matter in both. So in the same week we saw synth legend Dave Smith connected with DJ brand Pioneer, Universal Audio is adding Fender to their signal processing lineup.

Universal has announced that Fender, legendary in guitar tone since 1946, will join their range. That means both collaboration on the product, and of course the ability to use the actual name of Fender’s gear as opposed to some euphemism. Unfortunately, there’s nothing more to report beyond that, but I’m keen to see if UA will show me what they’re working on soon. And I have to say, I really enjoy the chance to use lots of signal processing that might otherwise be impossible (or impractical) by having that access inside the box.

Fender joins names like Marshall (squarely on the guitar side) as well as Eventide, Lexicon, SSL, Manley, and whatnot (moving gradually back into what people associate with pro audio and studio).

In other news from Universal Audio around this week’s (mostly quiet) Musikmesse show, the DSP company is expanding its USB offerings for Windows. This quarter, it’ll ship a full range of UAD-2 Satellite USB DSP Accelerators. These are boxes that add dedicated DSP processing to your rig – basically, fan-free black boxes with a bunch of DSP horsepower (no audio I/O, that you provide separately). And that horsepower is the only way into Universal Audio’s variety of processors. 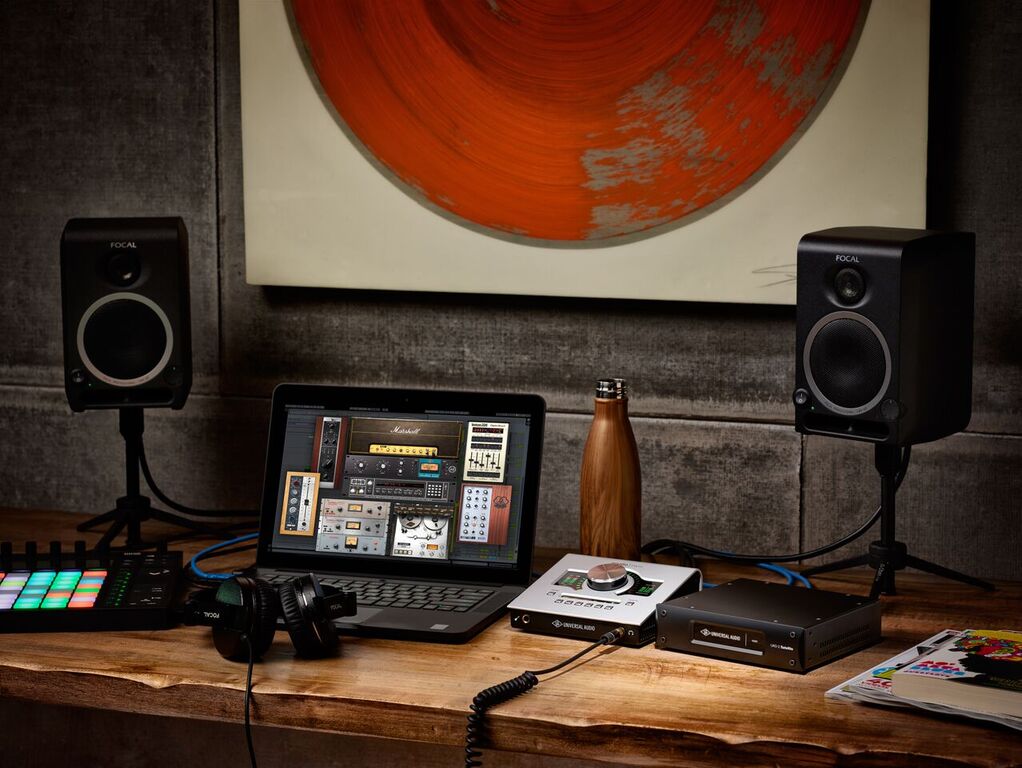 What’s important here is that we see reliable performance and reduced latency in comparison to FireWire. Now, that’s also the promise of Thunderbolt. The fact that UA is getting something like parity for Windows users running USB3 versus Mac users running Thunderbolt might give you pause. Thunderbolt is at the very least looking like an ever-narrower niche, though is a niche that Apple continues to support.

But given that the only thing remaining is drivers, I’ll be interested to see whether pro audio simply embraces USB3 over Thunderbolt – unless I can see a convincing application where USB3 is bested by Thunderbolt. Time will tell – and I will meanwhile ask around with vendors to see if we can get some sense of their plans.

The UAD-2 Satellite USB DSP Accelerators start at US$999.

This is what a steampunk synth with 25 tubes sounds like

We got our hands on Pioneer’s new SP-16 sampler