Virginia’s Fierce For The Night brings the heart house needs

Caught in the shadow of lost idols and shaken faith, pop is wanting some new soul. Now, Ostgut Ton might be the last place you’d expect to look for one of 2016’s great songwriting fixes. (“Singing along” and “Berghain” tend not to be uttered together.) And yet, here we are. Virginia, the Panorama Bar resident, as a new record. And it’s an utter triumph.

Virginia, here with a superband of great producers as backers, has put together something with real heart.

Great songwriting is not very often part of the discourse in electronic music, partly because often there’s not a whole lot to talk about. Dance music tracks might have the ghost of song structure hanging over them, loosely, but they’re some other animal.

Fierce For The Night, by contrast, is an almost dizzying parade of hooks – verse to chorus. Virginia, it seems, had a string of hits inside her waiting to get out. She talks in the press release about improvising in gibberish. And that’s where this comes from – tuneful immediacy. It all has the element of what to me makes pop writing work, that feeling, “wait, I know this already, haven’t I heard this somewhere before?” (I remember hearing Paul McCartney talk about having that experience writing “Yesterday,” waking from a dream and being sure the song in his head someone else had written. Whatever part of our brain’s gray goo gurgles up the best melodies, reconstituted from the collected consciousness of everything else, it produces that sensation.)

There are bits so unabashedly catchy you smile in spite of yourself. Before writing this, I had to keep thumbing through the tracks – like, surely, there was some weaker track in there, right? Uh… no?

A lot of this is retro, to be sure, but in a way that feels honest and intimate, like proudly wearing out your favorite high-school t-shirt to the club, unironic in all the right ways. 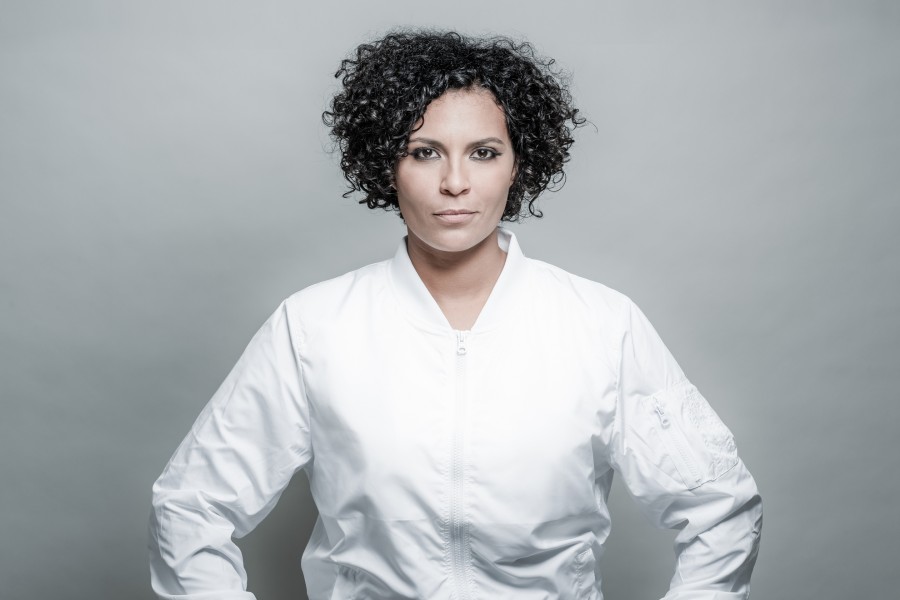 “Bally Linny” roars out its groove to start the record, with “1977” showing Virginia oozing effortless funk. “Subdued Colors” is one of the fresher productions, setting slightly more obtuse construction against a spacious, forward-looking mix. “Funkert” is genius house, maybe the most at home in Panorama Bar’s world. The titular “Fierce For the Night” works perfectly as anthem, as does “Follow Me.” “Raverd” has fantastic forward-moving mechanical energy. When it hits a slower pace, as on “Believe In Time,” Virginia can find some soulful melancholy, too.

For me, “Bally Linny” and “Funkert” stand out as obvious hits – but there’s never a drop in consistency on this record, or anything that feels out of place.

Led by Virginia’s newly-expressed pop chops, the album is a nice group effort – Dexter, Martyn, and Steffi joining in. And their production values shine through, of course. It takes technique to nail this sort of well-trod ground, and the breadth of those producers’ musical experience is part of what makes this pop breed so convincing. It wouldn’t work without some history.

Actually, I have to take real issue with the press release on this one, as it seems to dance around that – at one point claiming the record “playfully defies the schematic formulas of Pop.” (The one predictable thing about music is generally that press releases always claim music is influenced by everything and nothing and that it “defies” something or other, whether it does or not. You can try that drinking game with my inbox.)

Anyway, no, I think it’s exactly the opposite. Virginia and company execute those formulas adeptly. When we complain pop music is “formulaic,” what we really mean is, someone tried to make convincing pop and fell short. Music that we dub derivative is usually music that just isn’t good enough at its formulas.

And yes, this does work on dance floors. I caught Virginia at her release party, with Dexter and Steffi (Steffi also known for her regular Berghain/Panorama stints). That was before I’d given the LP much listen, and I found myself dancing and singing along instantly. No, it wasn’t upstairs in Panorama, but downstairs on Berghain – a litmus test for how this is mixed. Fortunately, that live act is touring, so you may get a chance to enjoy. Do not stand still.

Mixing and mastering is crystal clear, everything perfectly defined in space, whether listening on studio monitors or headphones or the Berghain Funktion-One. (I was earshot from Tim Xavier who did the mastering, and now having repeated listening on vastly different systems, I’m humbled.)

This is what happens when all the right knowledge and heart comes together on a record, when someone who can master the role of DJ and vocalist, producer and bandleader is fully in charge with all the right people involved. And that needs to happen far, far more often. Because at this point, the night demands nothing less than fierce.

A photo series documents clubs after the party