Let’s talk about laptops in the DJ booth

Last week stirred up something of a fracas in the DJ community, as Los Angeles club The Cure and the Cause announced a ban on laptops in the DJ booth – the announcement of which then went perdictably viral. That much turned out to be brilliant publicity: club trolls DJs, magazine trolls DJs, “controversy” generates social media traffic.

Here’s the problem, though: once you get past the nonsense about “talent” and laptops, I think there should really be no controversy here. What The Club and the Cure said about laptops and controllers I think is dead-on – and hard to debate.

It’s long past time to face some of the issues happening in DJ booths head-on – and begin to work out just what to do about it.

First, some background. This all began when Magnetic Magazine picked up on the announcement in the club:

“Cure And The Cause ANNOUNCEMENT:
No more laptops in the DJ booth.
Unless you’re using it to control VINYL to do a turntablist type of set, a’la Jazzy Jeff type shit, or if you’re doing a LIVE thing where you’re actually programming shit on the fly. Keep your controller in your crib, dont come to work with training wheels. LEARN THE TOOLS OF THE TRADE already. Pioneer isn’t going anywhere any time soon, they ARE the industry standard, so brush up on how to use the CDJs already, get Rekordbox (its FREE) and buy a good USB stick for $40 that will store THOUSANDS of hours of music on it.
We opened this place to showcase talent. So, show us your talent.”

Magnetic Magazine had an axe to grind here, making the assumption that anyone using computers to play bigger gigs looks like an amateur. I think the issue that argument doesn’t really hold weight is that they use mainstage DJ gigs as the basis for discussion. And to turn it around, if I see a tech who can’t handle something as simple as someone showing up with a laptop and controller and one stereo output, I think the tech is the amateur, not the DJ.

And please – let’s not talk about authenticity. DJing is a technique that arose from people misusing turntables and playing records incorrectly, in illegal parties using techniques they made up. The fact that we’re even talking with language like “industry standard” or “tools of the trade” shows how much things have changed. And as for how “real” a DJ set is, I refer to this (parody) article:

Works for me. (Actually, I do genuinely enjoy mistakes now and then, really!)

Clarification: To be clear, I don’t think Kenny Summit’s argument for The Cure and The Cause is really defensible on its own. I think it’s nonsense. I don’t have personal experience with him or the club – and I’m willing to forgive people for saying dumb things – but this was an incredibly dumb thing to say. If you read either the original post or the follow-up interview below, in each the club describes the crux of their complaint being about the DJs showing up to play their club. The problem is, those are all DJs they invited to play the club.

There are two points of failure that involve the club: first, inviting DJs who don’t know what they’re doing, and then, being unable to cope technically with something as simple as connecting a laptop to a mixer. That means the club itself is actually advertising their inability to perform the most simple tasks asked of booking and live tech. Congratulations.

But this really reveals the whole problem: an absurd and artificial debate about talent or skill is masking a more serious problem.

Except, then there’s a problem: if there’s nothing different about someone playing on a laptop, is a laptop worth the trouble?

Finally, after getting roundly roasted online, The Cause and the Cure’s Kenny Summit explained what he really meant.

The entire issue is actually summed up by this one sentence:

“This ban on laptops is a more like a ban on the people who can’t bother to learn how to be a real professional and learn how to setup and break down their equipment without ANY disturbance in the night.”

Let me unplug this and break it down for you.

1. Laptop setups take up too much space. Here is the single biggest problem. Makers like Native Instruments, Numark, and yes, even Pioneer have made steadily larger gear in order to provide functionality and looks that lets them command premium prices. And bedroom DJs have evidently lapped those devices up. I have to admit, I’ve never seen one installed in a club. But when it comes to DJ gigs, they just don’t work. (Oddly, the one place you probably can make them work is mainstage gigs, where you can easily demand a few feet / a meter or two on your rider – which is why Magnetic’s article above makes no sense.) 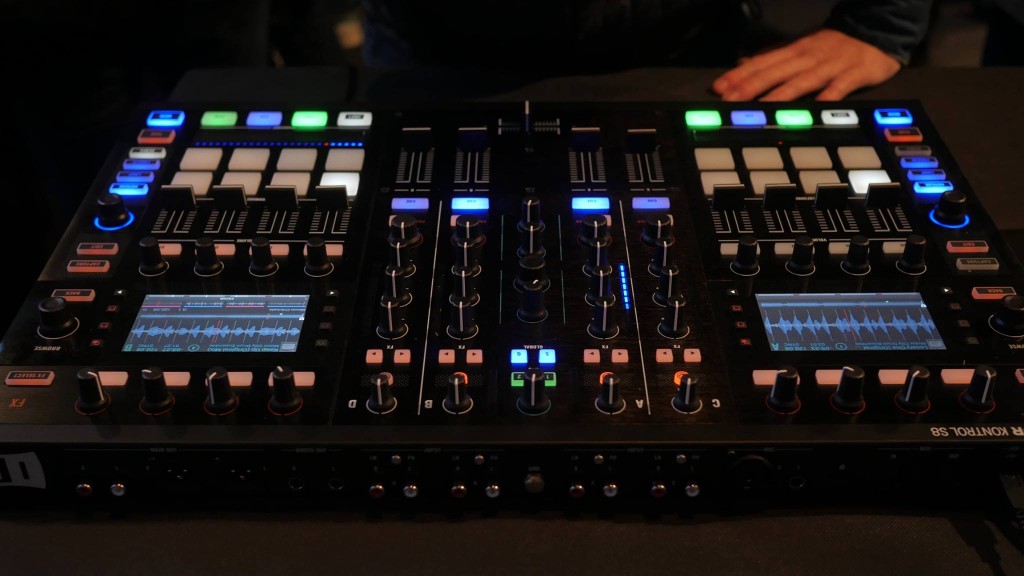 The S8 is huge. As it includes a mixer, it’s a great studio/home tool. And it works well in mainstage gigs where you can demand space on the rider. Where it doesn’t work: crowded DJ booths, which haven’t installed these in anything approaching the quantity that the ubiquitous CDJ has been.

2. Opening acts – the ones most likely to host beginners – are the ones that most need you to play a CDJ. Now, the next problem. DJ gear manufacturers, again even including (ironically) CDJ manufacturer Pioneer, are pushing beginners to use laptops. But the one time when you really shouldn’t show up with a laptop is probably the warmup act or the first-time gig. (One easy solution: use smaller gear, like the Native Instruments Traktor Kontrol Z1, or a Faderfox. Unfortunately, all the manufacturers seem to be going to impractical coffin-sized controllers instead.)

3. DJs don’t know what they’re doing. Now, a human failure. I’ve actually been hearing this a lot from clubs lately, and I’ve struggled with it first-hand. A DJ shows up and doesn’t know how to connect and disconnect a mixer. Problems ensue. But then, the easier solution is, just show up with USB sticks and use the CDJ – no re-connecting required.

4. Techs are lazy and easily annoyed. Not all of the blame here falls on DJs. With so many DJs around, you might wonder why clubs are booking DJs who don’t know what they’re doing in the first place. And likewise, of course, the reality is that a lot of techs can’t be bothered to connect and re-connect gear. Maybe, frankly, they’re not great techs. But that’s the reality. Again, the way to reduce friction is simply use CDJs.

5. Laptops are struggling to provide features that the CDJs don’t. For all the supposed controversy, I think laptops have easily established themselves as live performance tools. In fact, even as external gear has gotten more common (Elektron boxes, AIRA machines, and the like), you very often see them cropping up next to a laptop. But that’s live sets. As Magnetic and The Cause and the Cure concede above, some DJs do make impressive live performances on laptops. But most simply duplicate the functionality of a mixer and a couple of CDJs. And that’s the whole problem. 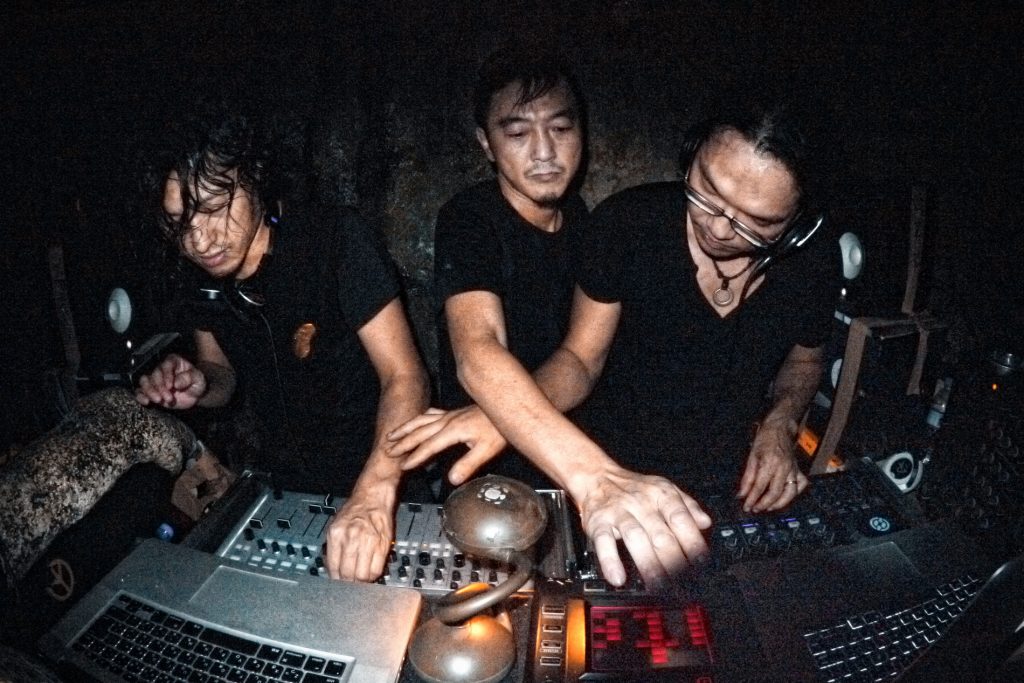 The fake controversy around this has led the opposite direction from the actual cause. The assumption is that laptops and CDJs are somehow fundamentally different. But the failure of the laptop is really that it often isn’t fundamentally different. Even as developers like Serato and Native Instruments have poured extra functionality into their tools, with sampling and remix features that effectively make for “hybrid” DJ/live sets, the rank and file DJ population has mostly ignored that functionality.

Connecting and re-connecting gear is in general no small problem, either. It’s tough to find good techs or supportive clubs. Even in big clubs, simple disagreements about whether to play CDJs or vinyl, or something as banal as whether to use a Pioneer or Allen & Heath mixer, have created trainwrecks of re-cabling and wasted space in the booth. A subject for another story is how even mixer use may evolve. As rotary mixers or the recent Richie Hawtin outing have demonstrated, there’s potential for new innovation in DJ mixers. But it’s unlikely many clubs will go to the trouble of supporting all that variety.

The elephant in the room: whatever you may read on the Internet, a lot of serious DJs are giving up on laptops in many situations. The reasons haven’t gotten much press partly because they’re so painfully obvious. It’s easier to carry to USB sticks than a huge controller and laptop. It’s easier to play a gig where you don’t have to connect and reconnect gear than one where you do. It’s safer to not rely on a tech than it is to rely on one.

But I don’t think that’s an entirely good thing. It’d be a shame if all DJing were defined by a single hardware player. And maybe what this should reveal is that there’s a difference between straight-up mixing sets and hybrid and live sets.

So, what needs to happen next if we’re going to see any progress?

2. Software developers will continue to need to develop functionality that deviates from what you can do on decks. Though, since they’ve started to do that already, then —

3. The DJ community needs to be more supportive of hybrid sets. That isn’t easy, either – it requires DJs developing better skills, bookers supporting those DJs, audiences supporting those sets, and techs who can cope with the added technical overhead.

In the meanwhile, all of this explains why the CDJ has become that industry standard. On one hand, we’re all a bit lazy. On the other, those CDJ sets are perfectly fine – because mixing and selection is so much of the game at a party.

And none of that is likely to make this story go particularly viral. But it is, I think, something a lot of experienced DJs thought when they saw the debates.

And meanwhile, I’m ready to stage some sort of experimental DJing retreat where we go off in private somewhere, free of any club, and try to break as many rules as possible. Because, well, that’d be a party. For nerds, anyway.

Get to know Bob Moog in online pictures, artifacts

CDJPioneer
Resolume 7.12 now syncs your live visuals with Pioneer DJ gear – among other goodies
laptops
All the big Apple news from WWDC, at a glance
opiniontrends
Soundwide = NI + iZotope + Brainworx + Plugin Alliance – what to know, what to grab for free
editorialopinion
Epic Games just bought Bandcamp – so what does that mean?