Korg’s electribes get an update with stuff you asked for

KORG has a big update for its electribe and electribe sample line – with features that, while subtle, are just what you asked for.

The latest generation KORG electribe and electribe sampler were the “music production station” grooveboxes we all really wanted to like. First off, they do bear that beloved electribe name. And the layout looks clean and appealing – 2×8 pads, clean knobs, a little X/Y pad. They do things you’d like in mobile hardware: the electribe is a synth/sequencer, the electribe sampler doing what it says on the tin (and actually sampling) in a similar design. And there are innovative new features, like the ability to export directly to Ableton Live’s native file format – something we’ve only seen (in official form, at least) from KORG.

In fact, the electribe sampler in particular has some key tricks that Novation Circuit I love so much lacks. The electrie sampler can genuinely sample from an external audio input. It has more sample slots. And it has the ability to use an SD card (the Novation box is limited to 60 seconds of internal audio, non-expandable). 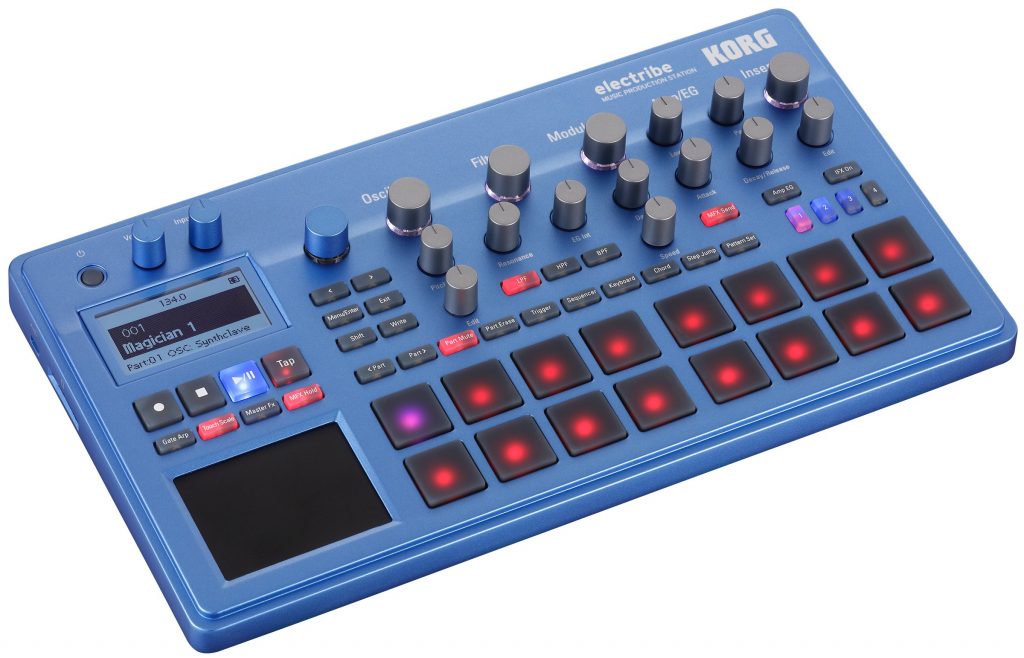 Here’s where things get tricky, though. By being more ambitious than devices like Novation’s Circuit or Korg’s own volca series, the electribe also raises expectations – particularly given that there’s so much you can do on a computer. And that means there’s more chance to disappoint on workflow. So while it’s all fine and dandy to dump on laptops and sing the praises of standalone hardware, well… there’s a reason we still keep the laptops around.

And so, it’s a good thing I didn’t review the electribes when they were first released, because what I heard was … well, let’s say atypical for KORG and electribe. It’s not so much that there was anything fundamentally wrong with the electribes as a kind of typical death by a thousand cuts workflow wise.

But Korg has been steadily improving the electribes, and if you heard some mixed reviews early on, maybe the end of summer is actually the right time to give these a look. (Ah, the joys of firmware and software updates – if only we could re-edit Batman versus Superman and Suicide Squad after their initial releases!)

So, in recent versions: version 1.14 added key shortcuts for changing scale and arpeggiator settings, and improved how scales and X/Y and editing worked. Version 1.15 fixed an audio noise bug. 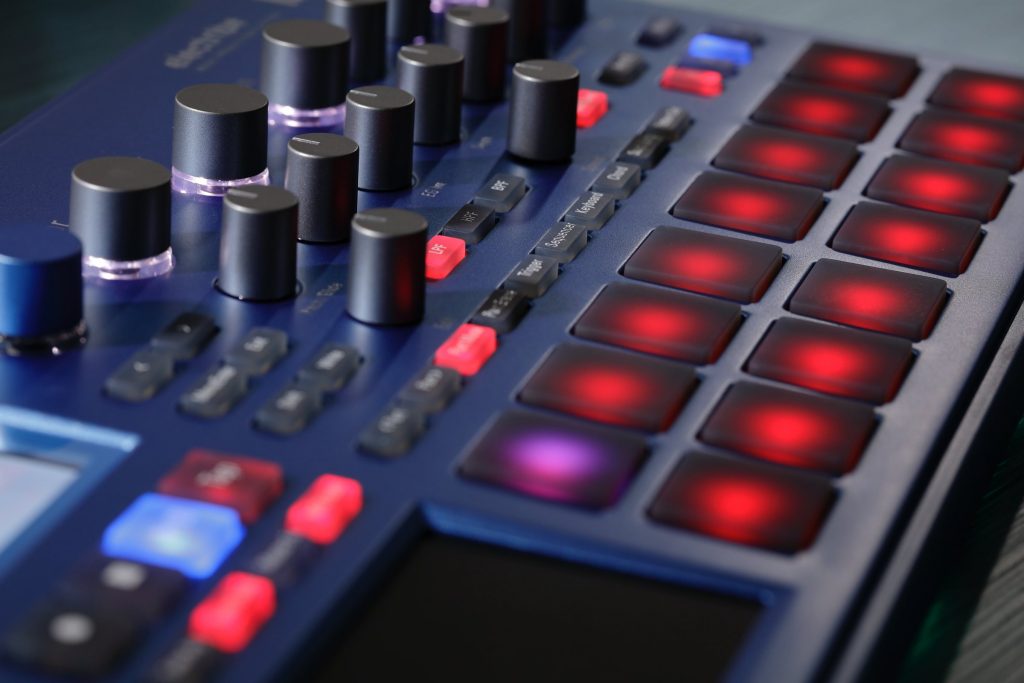 The big one: you can Chain patterns. You can do that by repeating a chain or chain “to” a particular pattern.

Wait, the even bigger one: there’s an Undo feature. Whatever the previous operation – edit, sequence record, or (yipes) erase, you can now hold shift plus < and save your butt. Plus there's an "original value" function which shows the saved value of a parameter on the display when selected. As a bonus, KORG are also offering 200+ new patterns to add when you download. If you own the KORG hardware, this is already good news. If you don't, though, this to me makes the whole package far more interesting - and I'm asking KORG to send me the sampler unit to review in September, so stay tuned. (Honestly, the biggest problem I had with KORG this year wasn't niggling complaints about the electribe line - it was that the volca fm and minilogue were each so stupidly amazing that it was hard to think about anything else. You must agree, because the minilogue is everywhere and the volca fm is impossible to buy.) Also, because I'm a superficial person living in a looks-oriented world whose head is quickly turned by beauty ... uh ... yeah, they've replaced that dull red and blue matte plastic with a much more electribe-ish metallic red and blue. And it looks really handsome in photos, as you can see. 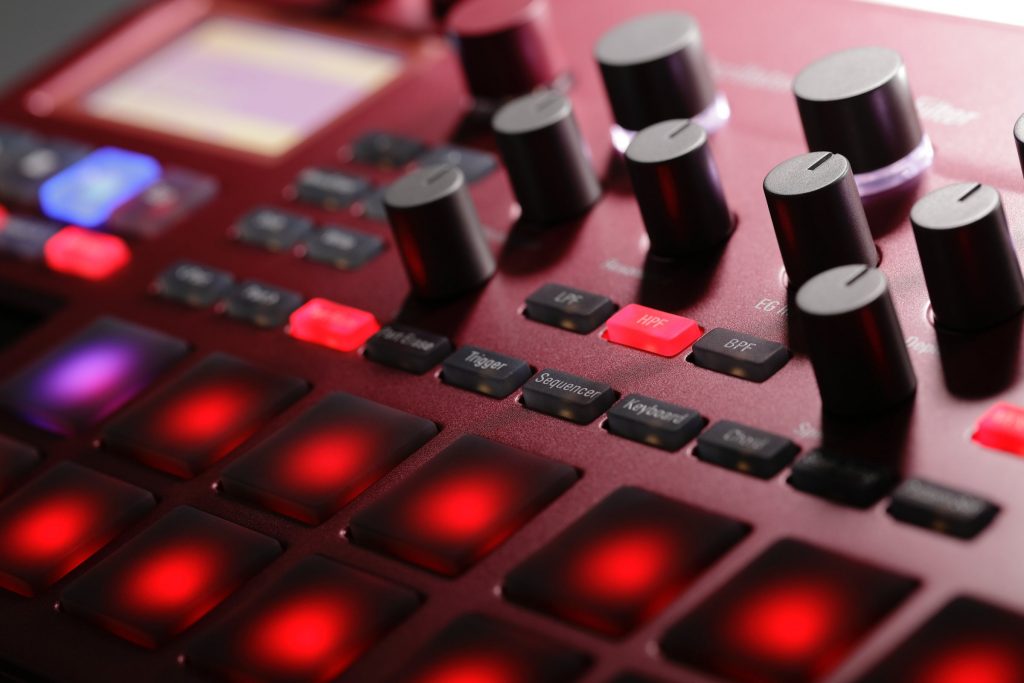 And remember, all this is US$399.99. The metallic units are available this month, but apart from the paint scheme they’re identical to the original models and those can also be updated to the latest firmware.

At that price, this is definitely worth considering, so watch for our September review. In the meantime, with undo and chaining, I’m already keen — especially when you watch what else these can do. In videos:

Here’s a nice demonstration of how pattern chaining is working. (Also, it’s got to be the most hilarious juxtaposition I’ve seen ever of dramatic 3D opening graphic and … charmingly cheap camera in low light. I love YouTube.)

This video goes into some detail on how sample management works – and how it works with Ableton Live.

On one hand, this gets into some of why people find the electribe annoying – like the fact that you can easily forget to export samples, or that loading samples takes time. On the other, it’s a reminder of just how powerful the electribe sampler is – loads of sample space, customization on SD or via audio input, powerful sample manipulation on the unit as standalone, and nice export workflows to Ableton.

Oh yeah, and – resampling, one of the coolest things about this hardware.

So, you can listen to Paul Hartnoll of Orbital, rant on about not looking at computer screens. But… actually with all due respect to one of my personal heroes and musical inspirations, I have to feel that’s missing the point.

What matters about hardware like the electribe isn’t looking away from the screen or avoiding presets – both of which are eminently possible with computer software, too, if you like. (And in fact, creating your own presets and saving them and having access to screen real estate I think are each good things!)

I think it’s about accessibility and immediacy – about really being able to get into sound and play. And having that in hardware that has fixed workflows and controls, something that’s portable and friendly, is so lovely. Now, it also means that something as simple as not having undo (cough) can be a deal breaker. But I’m really excited to give the electribe a go, particularly alongside gear like the Circuit or volcas.

If you’ve got questions – or want more tips – we’re also in touch with KORG’s product specialists, who are some of the best in the industry. (Not to mention nice to see some random YouTube strangers who also show some expertise!) So do feel to ask. And if you’ve got one, we’d love to hear how it’s going.

Here are some of the best synth ads of all time

Breaking news: Netflix are trolling us so hard

Hardware
Type in lyrics, and this keyboard sings them, as Casio returns to its Casiotone roots
Hardwaremobileupgrades
Polyend Tracker 1.5 lets you save custom instruments – and opens up sharing with others
upgrades
Dorico 4 is finally engraving-level notation with MIDI editing powers, in a single tool
Hardware
An album released on Nintendo 64 cartridge – the next nerdy Remute ROM release