Now, it comes in colors. Novation’s Launchpad app has a new UI that shows in colors – and matches colors on connected Launchpad hardware. And with this latest update to the iOS apps from the Blocs team at Novation, you’ve got a more viable option for making music and jamming without the laptop.

And that app is free – only when you want to add importing, effects, or sound packs do you need to pay for an in-app purchase. 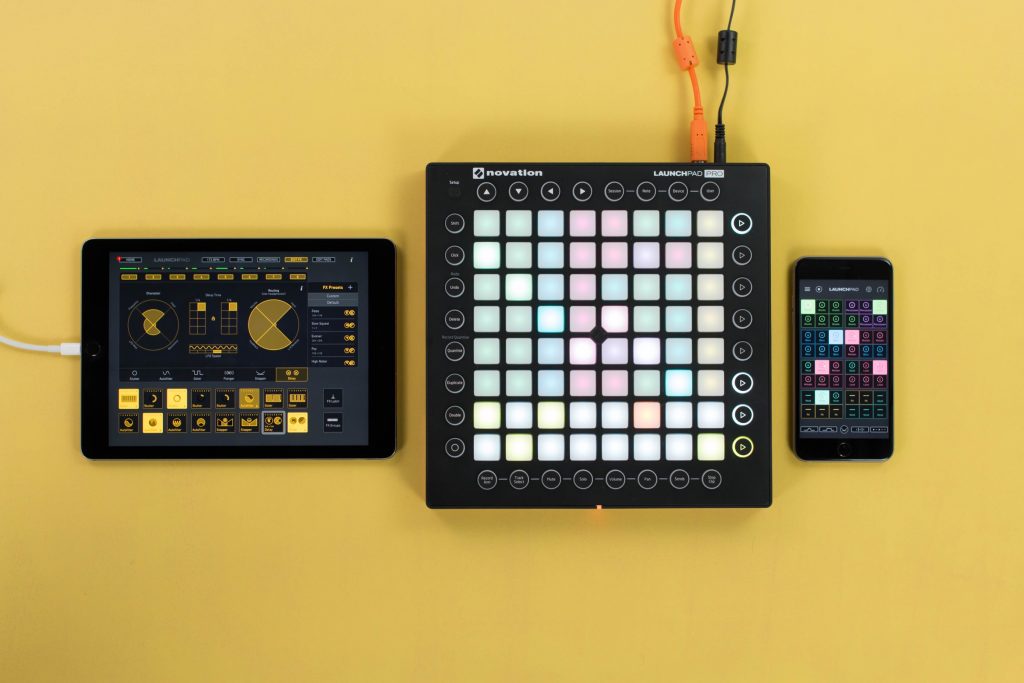 I’ve already observed that the Launchpad app heads in this direction, thanks to some feature additions. The ability to change tempo while playing, sync with Ableton Link, and sync with MIDI by sending MIDI clock to external gear already opens up this possibility. It’s not so much that you use this as an alternative to your laptop – that Link support, indeed, means it’s more likely you’ll use the two together. But it does mean you aren’t tied to your laptop, just as a way to connect sync or work with other gear.

What’s special about this week’s Launchpad update is that it harmonizes the iOS apps on iPhone and iPad with Novation’s hardware. So colors on your iPad, for instance, will match up with grid hardware like the Launchpad Pro, Launchpad mk2, and Launchkey.

Or, look at it this way – for a lot of us, the reason we make music on the laptop instead of on an iPad is because we want tactile, velocity-sensitive pads. So we wind up using the computer just as a hub for connecting that hardware. Now, you’ve got a choice: you might just as well take the Launchpad and swap it between the laptop and the iPad.

And, of course, this UI change is also better even when working on iOS alone.

I think making these things work together seamlessly is really the future. And yet we’re still not there yet. I want to be able to work with Ableton Push features in a bus with an iPad as a controller – so I can do it on the train, where I won’t be lugging Push. Or I want to organize Traktor sets and play with STEMS with my iPhone. Mobility means the chance to steal back some time that’d otherwise be lost, doing what we love.

That seems intuitive to us, but there isn’t a lot going on in our industry with those kinds of connections. And that’s too bad. Because the flipside is, that same iPad doesn’t replace my need for this hardware – for its tactile feedback, expressivity, and ruggedness in situations like studio and stage. So I don’t believe these would necessarily cannibalize sales. On the contrary, I imagine it could increase appetites.

Anyway, not to complain – right now the Launchpad apps and Launchpad hardware are looking like a sweet combination, and one you can use for self-contained music making or as a way of connecting your hardware rig. That seems great to me.

A new hope to reissue lost Discogs records on vinyl