808. 909. 303. 330. No, really “330.” VP-330. That last one is also a classic Roland product with a cult following, but suffice to say, it isn’t a household name on the same level. It’s Roland’s 1979 “Vocoder Plus” instrument – the “plus” added because it was not only a vocoder, but also a string and vocal synth. It also got a reboot on Friday’s mega-launch of Roland instruments. Here’s the surprise: it might be the most interesting of the Boutique offerings yet.

You might have seen this coming. One Roland product person told me Friday that there was overwhelming demand from users who saw the Boutique Series for a remake of the VP. It was an obvious choice, too: even if you hate mini keys, a vocoder with mini keys is a no brainer, because it lets you add access to pitch in a small space.

Roland had a vocoder in its recent offerings, too, one inspired by the VP-330 – well, kinda sorta. The AIRA VT-3 “Voice Transformer” had simplistic controls that forced you to dial in settings like “megaphone” or “radio.” So it’s nothing like the VP-330, which feels like an instrument. The funny thing was, the VT-3 was apparently a big hit. So there’s clearly demand for this kind of product.

Enter the VP-03. I’ll be perfectly honest – I had to look up the VP-330 panel to remember what it did. So to anyone who complains that the 303 or 909 is overly familiar and a remake boring, you might well discover something new on the vocoder. But if you do look back at its inspiration, the VP-03 in fact cleverly takes that keyboard panel and rearranges it to fit a smaller space.

And that’s a good thing, because the original VP has some clever and unusual interface features.

The VP-330 was really two instruments, combined into an expressive whole. It’s an intuitive vocoder, but it’s also a synth. The VP-03 assimilates all those controls. It’s a reason to buy it – not because you necessarily were looking for a slavish recreation of a 1979 vocoder, but because it has a lot of good ideas that you don’t typically see on an instrument.

The VP-03 touch strips emulate the pitch bend, vibrato, and formant controls on the original, with some hidden switchable modes. You also get the VP’s unusual pitch envelope controls, which sweep the pitch as you trigger keys. (That is, they are actual pitch envelopes, not just glide / glissando controls, and they’re polyphonic.)

The sounds will be fairly familiar – these are the signature Roland string, synth, and vocoder sounds that made the original so well known. But having them in a compact space with easy controls I found really nice. I wish I knew the VP-330 better; I’ll try to track one down as well as do a full review of the VP.

The VP-03 breaks with tradition, though, in a wonderful way, with two new features. First, there’s a step sequencer – making the VP the love child of the vocoder and the 909.

Then, in the most delightful surprise on the unit, Roland added a sampler. The sampler and step sequencer work together. Hold down a step, record something into the mic, and then you can retrigger that slice from the step sequencer and/or keyboard.

And that to me is a stroke of sheer genius. In fact, for rapidly producing sliced-up sound, the VP-03 for me is what Korg’s volca sample failed to be. (I still love the volca sample, and it is a fraction of the price, but … still. It did make you painfully load samples one at a time from a phone over an audio stream. Argh.)

It’s just painfully fun. And to think about it, no one has created an instrument this simple, for vocoding and sampling and string sounds. It’s going to be an instant staple of a lot of bands, period. I think it’s also an answer to all the grumpy commenters who have complained that Roland isn’t innovating. And not because this is innovation – because playing it is a reminder that it’s the stuff that gives you stupidly good times that wins you over every time. 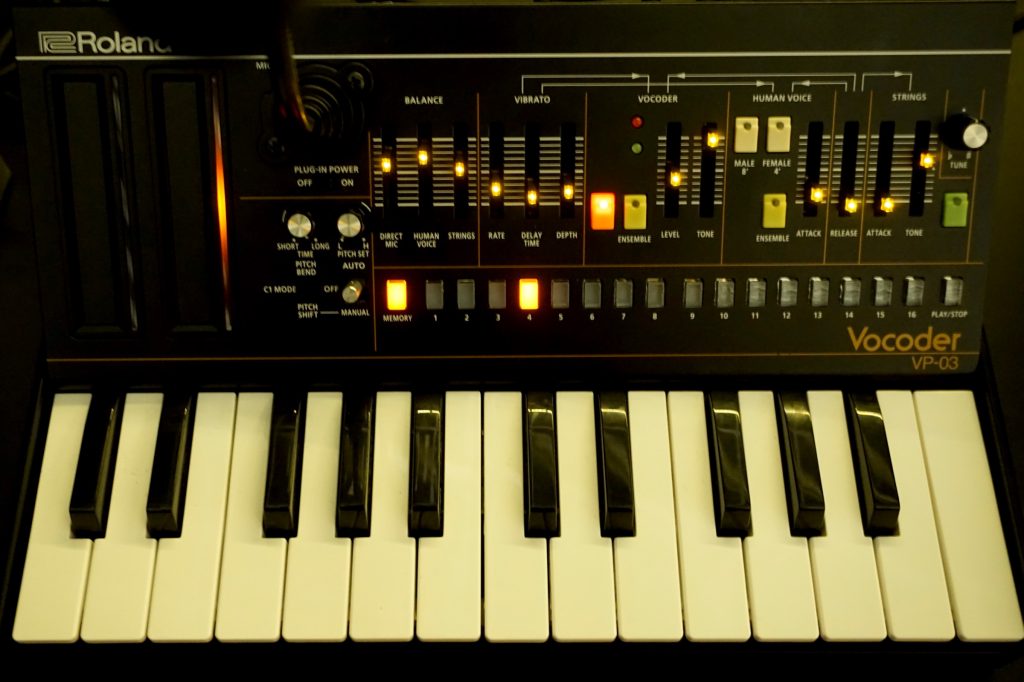 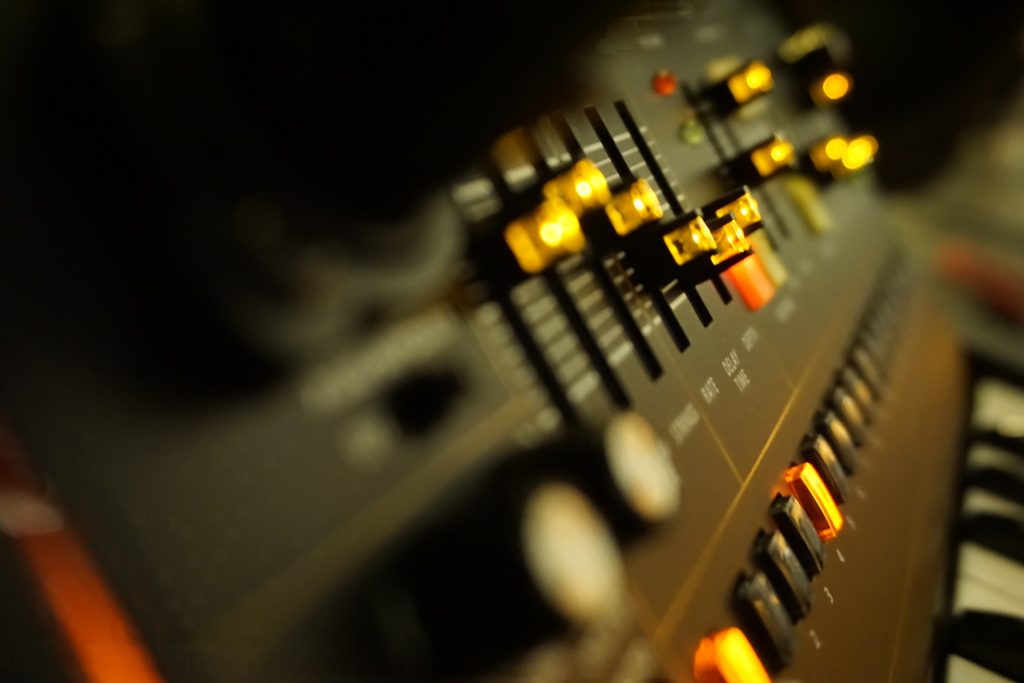 There’s an included gooseneck microphone, and it uses standard XLR so you can substitute your own input if you like.

Now, the only bad news is, Roland chose not to bundle the K25m keyboard model – bad news because this is the one time you’re likely to really want it. But this means you can certainly plug this module into a keyboard you already own if you choose – or, in addition to docking it in the K25m, even give it the same keyboardless dock that debuts on the TR-09 and TB-03.

Most everything else that the other new Boutique series has, the VP-330 has, too. So you get 24-bit, 96kHz sound over USB, onboard MIDI in and out, power over USB or batteries, and an engine that uses ACB modeling for realistic digital facsimiles of the analog gear. There’s no CV of any kind on this unit, though it’s not as obvious how it would be implemented as on the TB-03 and TR-09. Visually, it looks more like the earlier Boutique models, with light-up faders – it’d be nice to see more of the vintage flair the 303 and 909 got, but it’s missing here.

Anyway, it all makes me want to start an electro band. And fair warning – you might feel the same.

Jamming standard: Ableton is opening Link to everyone, starting today