The making of a fanciful album imagining a post-apocalyptic future

What would your future clone think of you now, looking back across an apocalyptic reshaping of humanity? That’s the question posed by the 2005 novel The Possibility of an Island, and it resonates in Franz Kirmann’s new album Elysian Park.

This might sound bleak, but it isn’t. Kirmann’s new record paints a science fiction sound portrait in dense textures and hyperreal washes of color. There are stuttering and spectacular rhythms making bold shuffles across the music. It’s headphone stuff for sonic dreaming, relentlessly futuristic and endlessly engaging. It’s a world you’ll want to enter and reenter, an addictive time warp. There are occasional nods to the fragmentary remains of our media-saturated present, calls of machinery (or are those surviving seagulls?) clicks and cuts of radio and even, I’m told, Simon and Garfkunkel digitally warped beyond recognition.

To give you some small taste, for me the boldest single gesture comes in “Hypertrance” (a fitting name for the whole album). And so we get to premiere that exclusively on CDM.

Based in London, but originally French (yes, he read that book in its original language), Kirmann has now completed his third solo album. This is his second for Denovali Records, the German label. But for me, it reaches another creative level.

I don’t want to overstate the book reference, but for me the frame is perfect, and it’s irresistible fodder for closing your eyes and imagining fanciful future worlds. It’s also telling, though, that the original material came from a sound installation. “Hyper Trophies,” mounted in Berlin with visualists ZEITGUISED, was described as “moving still portrait sculpture.” It involved Kirmann’s sound for the fashion label Franzius and production company ProdCo Stink. An that clearly formed the original source material, the DNA, and the guiding spirit of what we hear now.

Techno was once science fiction, if now it sometimes seems laden with baggage either nostalgic or goth. But this is something different. So I got a chance to talk to Franz about how it was made and why. 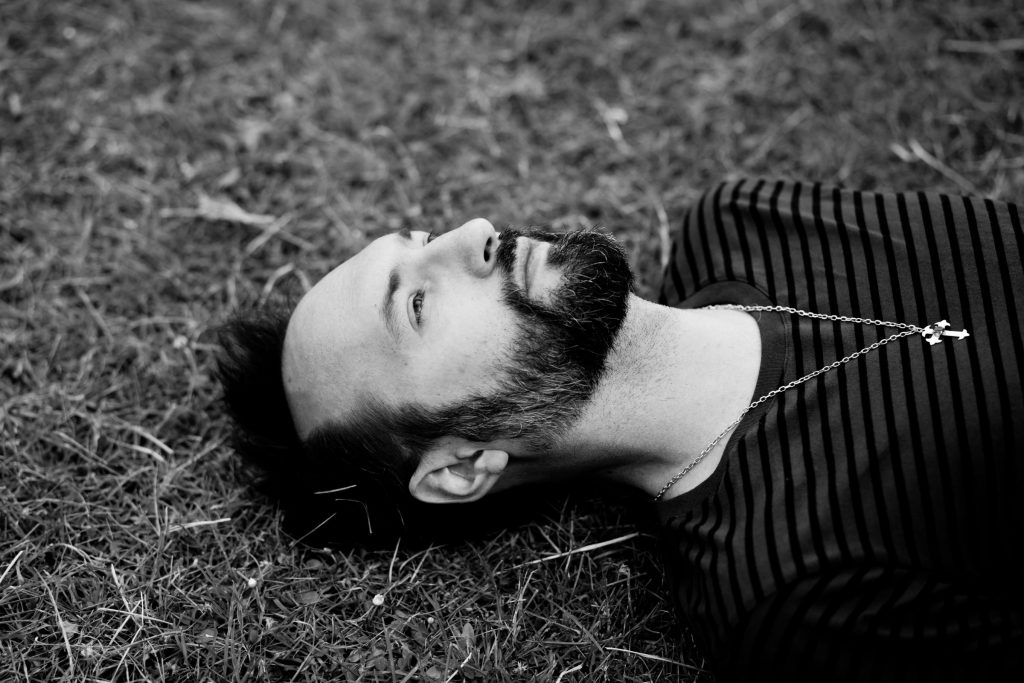 CDM: Let’s talk about Hyper Trophies. What stage was the visual at when you came in on the musical side? Do you find you work differently when there’s a visual inspiration in a commission like this? (Or do you tend to imagine visuals on your own with music?)

Franz: All the clips were completely finished when they asked me to do the sound design.

And yes, it totally influences the sounds and the music when I have visuals to work towards. And also there is a brief — we talked a lot with Zeitguised about the sound world, what they were imagining. It had to be quite minimal, sparse and give a sense of a physical space. In the clips, the people and clothes are real, but the environment is digitally created. I wanted to reflect that mix of artificial and real, so I used my own voice and speech processors as well as noise of my saliva, organic things like this…

But when it comes to my own music, I don’t really have precise visuals, but more ideas, loose directions and a feel. It’s not super precise, but more instinctive.

I want to touch as well on the influence from The Possibility of an Island. I mean, with something this evocative sonically, it’s really beautiful to have a programmatic layer there, whether people choose to refer to it or not. What was the point were you decided that you wanted to go there? Did you flip a page of the book and say, “I need to make an album out of this”?

Not really, no. And yes you’re right, it’s important that people have the freedom to follow that narrative or not. It’s actually quite important to me that the music has enough ambiguity for people to put their own feelings / thoughts into it.

I read The Possibility of an Island” a while ago, a few years before I started putting the recordings together. But it stayed in my mind. I found it so relevant to so many things I was observing about society, people, and media. So I think it found its way naturally in the music. And then I realised that the music was about the book! Or more precisely some aspects of it. And then I read it again to be sure.

I was very interested in the central idea of the book, human clones looking back at us from a post-apocalyptical distant future, and the portrait of a selfish, success-driven society.

It made me think about music… I was thinking what would people think hundred of years from now when they listen back to some of the music we produced at the dawn of the 21st century, what will it say about our civilisation. And the answer is quite similar to Houellebecq’s, it’s a pretty sordid portrait of our world, if you think about it. A lot of today’s relevant music deals with chaos and noise and fear and amongst that searches for some kind of kindness, tenderness, or beauty. Most modern music is pretty confused, actually and also sometimes pretty happy with itself — comfortable. It’s quite telling of our times. And I found most of mainstream chart music quite frightening, to be honest. It’s like Disneyland, you know? No alarm, no surprises… everything the same.

But there was no big moment where I went: “my album is about the book”; it’s more a spiritual influence. A certain vision of the world.

How narrative is that programmatic element? Did it structure the tracks?

No, it didn’t really structure the tracks, but the overall arc of the book I suppose had an impact on the sequencing of the tracks. It gets more and more naked and peaceful towards the end. It’s like a story. On the record, the tracks are very static, they don’t really have breakdowns and build ups, but the overall record has a structure, a journey.

It also helped me accept that it was okay to have a record visiting different sonic worlds. The book borrows to science fiction but is not really a sci-fi novel per se. 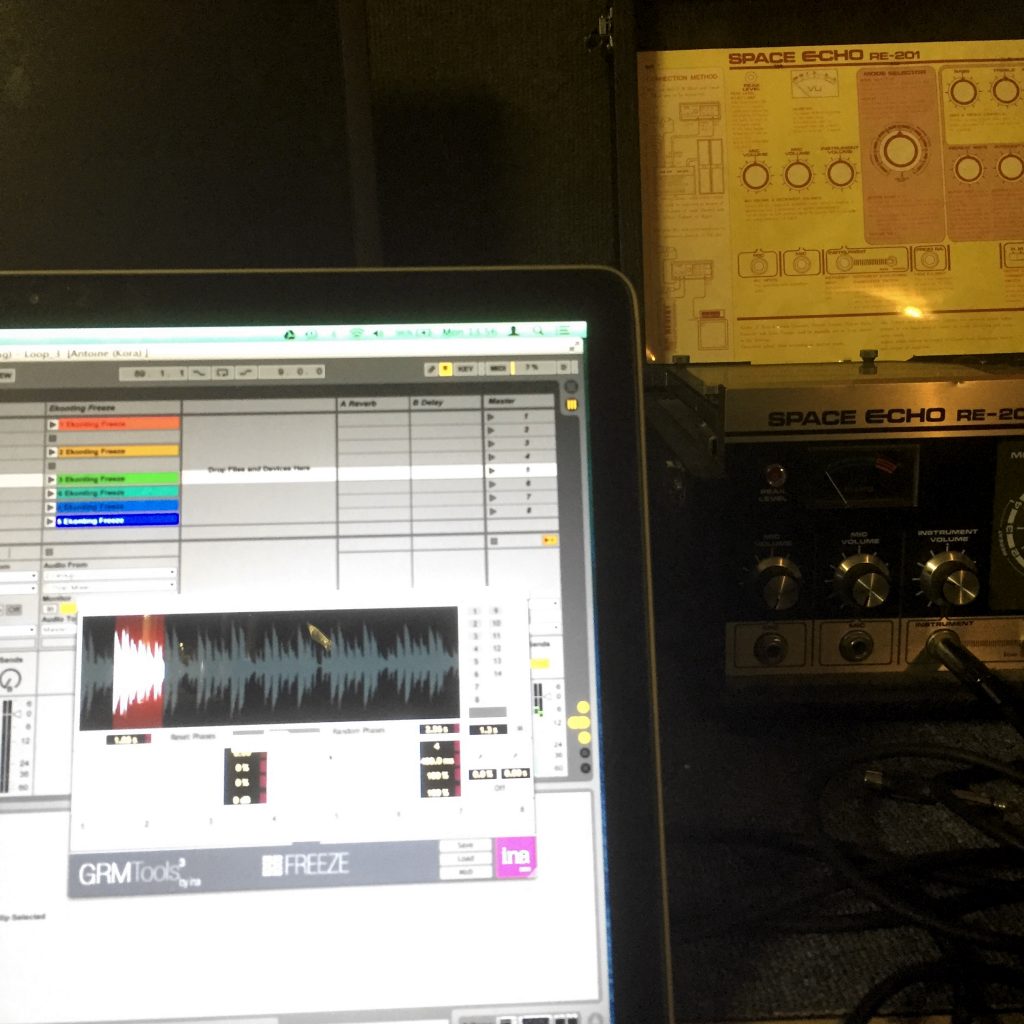 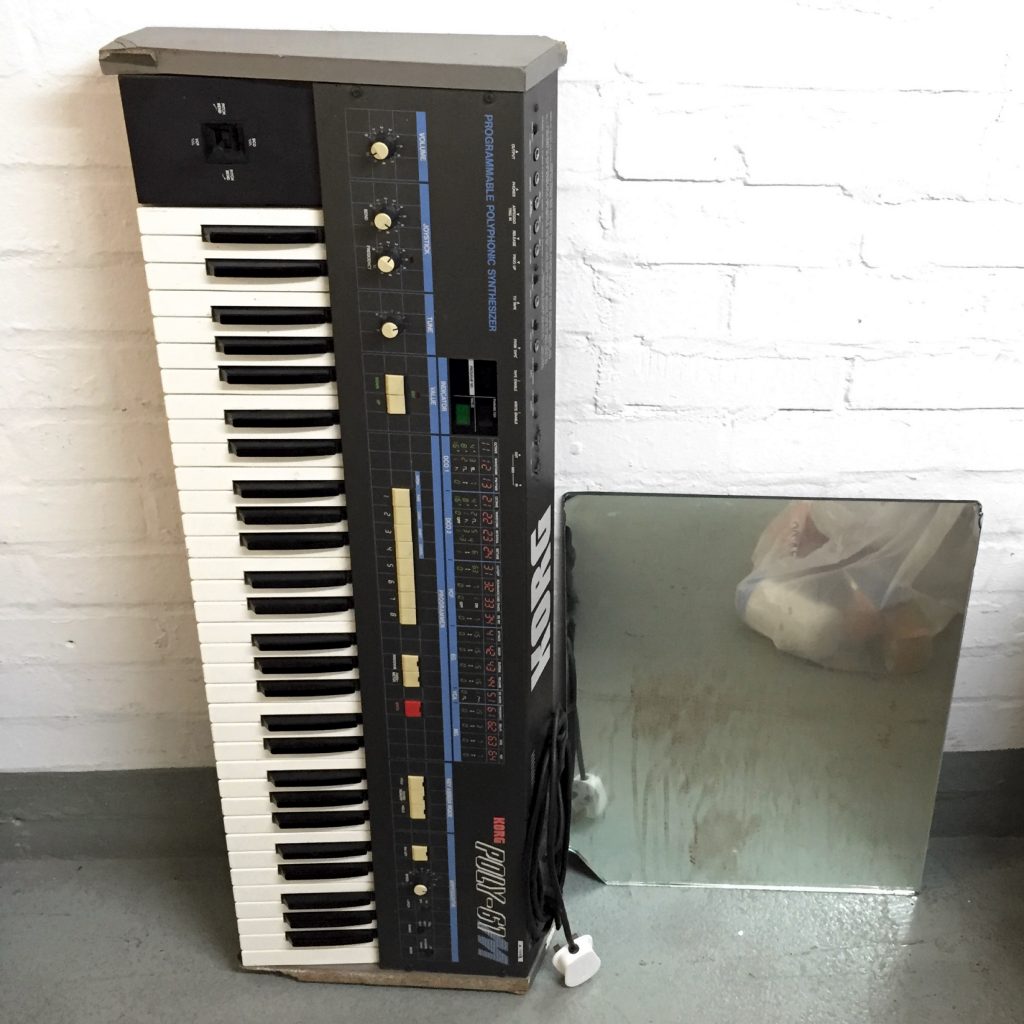 There’s all this dense and creative sound through the record. What’s your toolset like for sound design? (Be as specific as you like; our readers will follow.) Do you have some go-to tools you come back to for inspiration?

I use a few granular things, Omnisphere 2, Guitar Rig, some Reaktor patches, CS Grain and CS Spectral on an iPad. For Elysian Park, the first pieces are quite old, and I don’t quite remember how I did them, but it was mainly recording voices and speech processors and then manipulating them, lots of time stretching and things like that.

Everything is sampled on that record or generated by random midi players. I use GRM tools as well. And some hardware, but mainly pedals and effects such as Eventide Space, Roland tape echo, Mooger Fooger pedals. I don’t have a go to thing, it depends on what I do. On Elysian it’s very digital and sample based. And then layering, layering, layering! I have realise that most of the processing I use in music is about slowing down, freezing time etc… Because it is so digital I got it mix and mastered with a sound engineer, and the stems went through Manley and Neve stuff.

I know you’re sometimes starting with a sample … is the process in working toward creating timbral elements a matter of doing a string of things, layering processes, or are you sometimes finding a single process that yields a sound right away? And if it’s unrecognizable, why start with something like Simon & Garfunkel?

I’m interested in the traces left by music, a piece of music is like a memory to me, it takes you back somewhere, that’s why I tend to use known pieces such as Simon and Garfunkel or old 50’s / 60’s songs because popular music touches everybody, it’s like in the collective subconscious. And even if you can’t clearly hear it, you might subconsciously hear it, it’s there, somewhere under the layers!
I’m also into in re -purposing sounds, re-using, recycling. In the case of Elysian, it was trance music. Because to me Trance is associated to this mass raves, and also to loosing yourself. It takes me back to horrid holidays in Benidorm years and years ago. And I like the idea of decomposing that, exploding that sound, depriving it of its euphoria to turn into something introspective. Elysian is about being sedated, and I find this massive big trance tunes kind of annihilate thinking in a way. They are about forgetting. 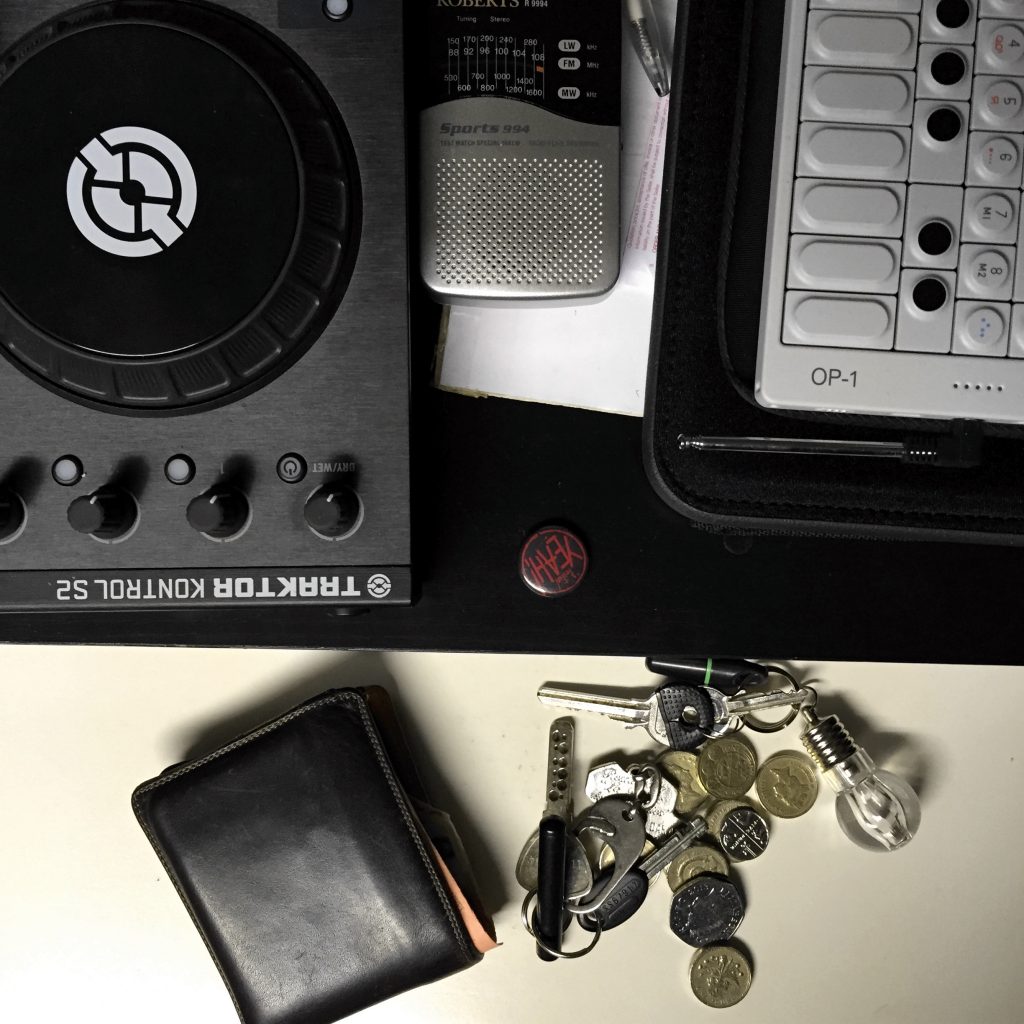 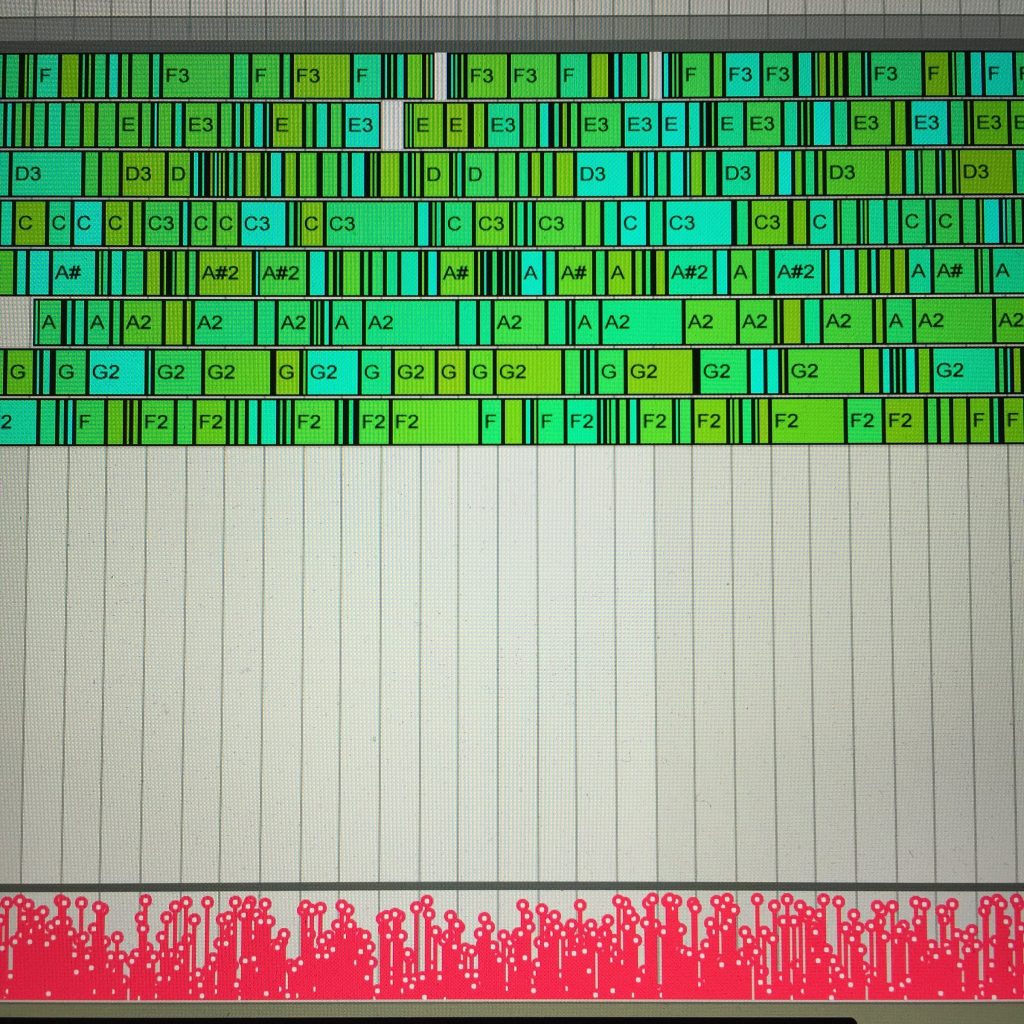 Out of this sound palette, there’s of course a lot of form – some of it seeming to be very freely composed or dreamlike, other bits more structured. How do you go from the sound material into a finished track?

It’s like painting I suppose. I keep on adding things. And then I live with the piece for a while, or forget about it. And then I come back to it and what’s missing jumps at me, or I realise it’s boring, or I realise it’s actually done! It’s finished when I feel there is nothing more to add. And the older I get the less I add!

The character in the book is leading a privileged, rockstar lifestyle of sorts – maybe not so much what the life of an adventurous musician lives. Have you ever struggled to carve out space and time for making music like this, or getting attention for it?

Hmm… yes, sure. Elysian Park took almost 4 years to make. It’s shaped from experiments I made on and off in between other projects, commercial ones or other artistic collaboration. It’s only at the end of the process that I really edited everything onto an presentable album form. So yes, I have to make time for it and it’s sometimes difficult.

And then getting attention is also difficult. There is so much out there! How do you get heard? How do you stand out?

For those not familiar with Denovali, how has it been working with them – where you see your place on that label?

Denovali are a great label to work with because they give me total creative control. So that’s pretty amazing and they take great care in the finished product. They also very nice people, very real. And they are not afraid to take risk, to put out different kind of music. I’m not sure about my place on the label! First it is my project Piano Interrupted that caught their interest. And I’m very grateful to them for also giving me a chance with my own work as well. 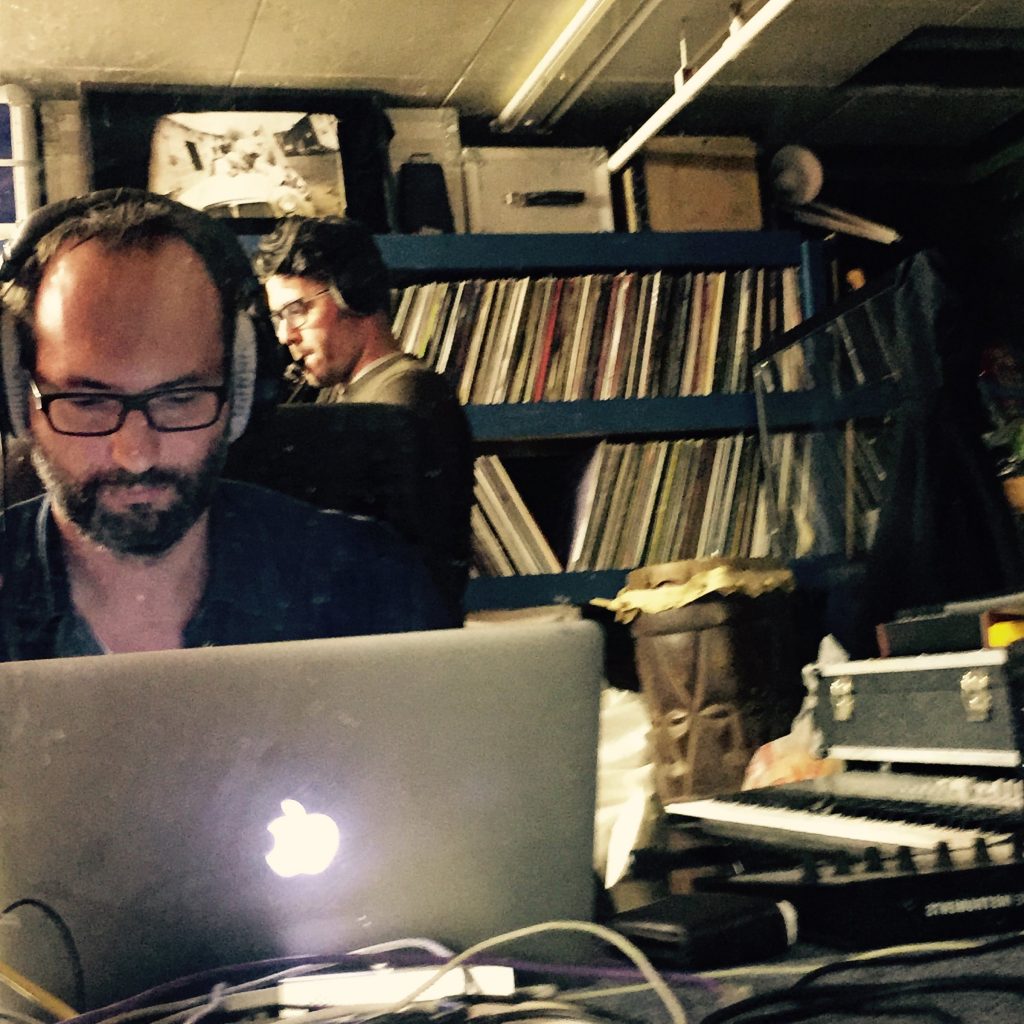 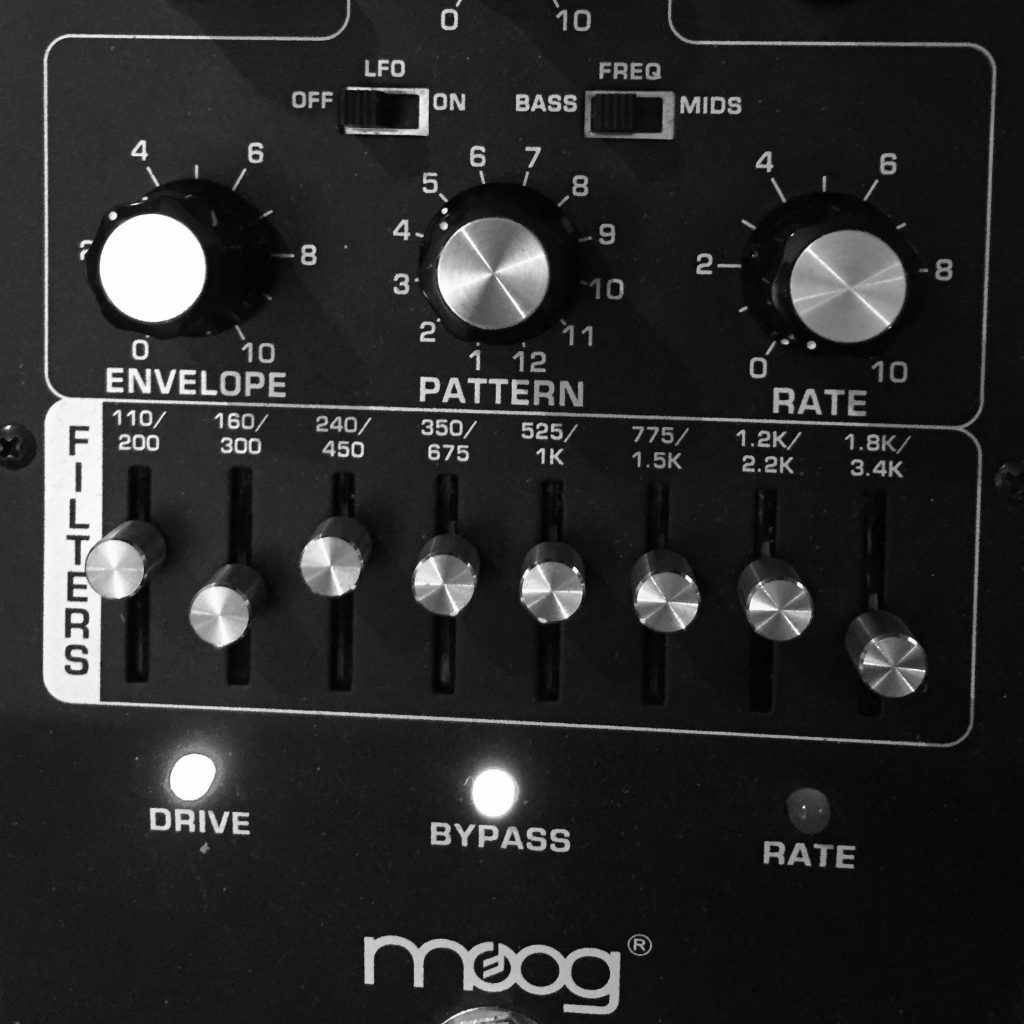 What’s next for your – live shows, new projects?

There is a couple of live shows, at Golem in Hamburg on December 10th and in Berlin at Roter Salon on the 11th. Subheim will be part of the line up and David Sagberg is doing the visuals live.

Right now I started working with Piano Interrupted on a soundtrack for a documentary as well as new material for a possible 4th album, but that’s all early stages! And my club project Days Of Being Wild is now developing into an all analog, computer less live act and we are working on that too. Busy times!

We’ll be watching for the final release Friday. Thanks!

This app turns iPhone 3D touch into an expressive instrument

PiDeck makes a USB stick into a free DJ player, with turntables