I’d wager at this point 100% of you would rather think about drum machines than the American elections. But somewhere, vintage voting machines – they of the hole punch and hanging chads – await retirement. Here, they get a second lease on life. Instead of gloomily voting for Trump or accidentally for Pat Buchanan, they can produce sliced-up audiovisual jams. (Hey, if you’re going to have to watch debate clips ad infinitum, why not turn it into something you can dance to?)

Maybe beat box voting machines would be the answer to get Millennials to the polls.

So, basically what you get is an instrument made from the booth. It’s the work of artist/professor Mike Richison, of New Jersey’s Monmouth University (in the Department of Art and Design).

I think these machines probably want DJ Pierre for President, but that’s just a guess.

Fortunately, since at their heart they’re just punch drum machines, they could be re-engineered for non-political purposes. 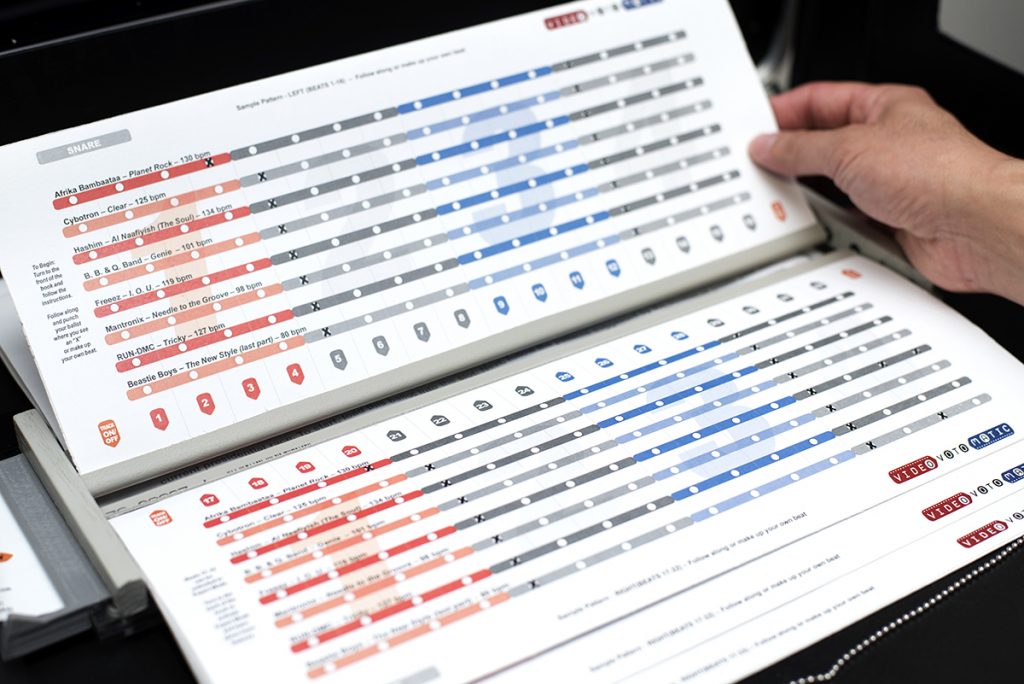 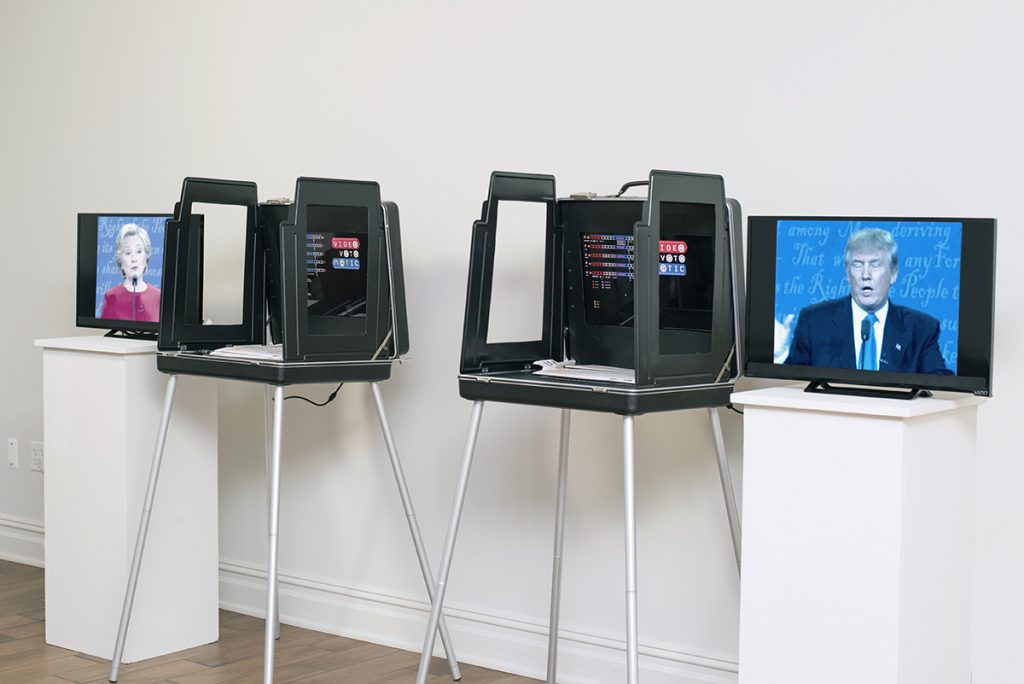 What do you get when you combine news footage from this year’s election cycle, hanging chads, and the machine responsible for the birth of techno? New Jersey artist Mike Richison has spent the last few months designing, programming, and constructing the answer to that question. He calls his new piece Video Voto Matic, and he wants everyone to have one.

Richison, a professor in the department of Art and Design at Monmouth University, is a multimedia artist that has been working with found video since the early 2000s. Every four years he makes presidential-themed video art as a way to make sense of the glut of video clips and sound bites saturating the media. Video Voto Matic is a mashup of the legendary drum machine – the Roland TR 808, and the Votomatic voting booths that were used during the 2000 Bush vs. Gore Florida election debacle. The project lets participants build musical video loops with footage and sound from the current presidential race.

At first glance, Video Voto Matic resembles what a voter would see in a typical polling site. There are multiple stations – banal, suitcase-style voting booths with wobbly aluminum legs and flimsy plastic dividers. As viewers draw closer, they will notice that each station has an embedded iMac with an accompanying external flat screen TV. The iMac displays a custom-programmed musical interface, while the TVs play what appears to be severely edited and looped versions of some familiar faces. There’s Hillary Clinton, Donald Trump, Tim Kaine, Mike Pence, Bernie Sanders, and even Barack Obama. However, once viewers decide to interact with one of the stations, they make a transformation from spectator to participant.

To experience the installation, participants insert a specially-designed paper ballot into the Video Voto Matic polling device. Like the real Votomatic from 2000, they use a stylus to punch holes through the voting booklet into their ballot. However, instead of a providing the names of candidates, the booklet is filled with sample drum patterns. And rather than encouraging a single vote for a single presidential hopeful, the booklet helps users create a beat from short video clips stored in the computer. Debate footage and rally speeches were dissected into small sound bits – “t” and “s” sounds become high hats while “ch” and “sh” sounds translate to snares. Rather than standing for a set of issues, each nominee mutates into a set of sounds, which users can manipulate at will to create unique loops. Users can follow the tablature in the booklet to re-create rhythms from 80s era hits like Afrika Bambaataa’s Planet Rock, Cybotron’s Clear, and Run-D.M.C.’s Tricky – or they can improvise.

The resulting track is continuously fed to a set of speakers and the video monitor, completing the participant’s transformation from disenchanted voter to amateur electronic music producer. When they’ve had enough, users remove their ballot (complete with hanging chads) and take it home as a keepsake. To see documentation of the work on youtube.com, please visit: http://bit.ly/2duV9ST

Richison has exhibited and demonstrated Video Voto Matic in New York and Washington, D. C., and has most recently installed it on 14th Street in New York during the public art festival Art in Odd Places. Additionally, he will exhibit the piece in at the Internet Yami Ichi Market at the Knockdown Center in Maspeth, NY on Sunday November 6. He has begun to post his plans online – complete with his custom-programmed interface so anyone with copious amounts of free time can take democracy into their own hands. You can get the plans for Video Voto Matic and see Richison’s election-themed artwork (including an absurd loop of Trump drinking a lot of water) on his website www.mikerichison.com, his Instagram accounts @mikerichison and @videovotomatic, and his tumblr archive presgifs.tumblr.com.