In memory of Jean-Jacques Perrey

Soon after the loss of Don Buchla, another legend of synthesis has passed away. Jean-Jacques Perrey died last week.

Perrey was a master of whimsy and invention. He’s of course best known for his collaboration with Gershon Kingsley, “Baroque Hoedown,” featured in Disney’s Electric Light Parade. But that’s emblematic of a broader contribution: he’s one of the leading pioneers of the 20th Century in introducing the sounds of electronic synthesis to a mass audience, with noises heard from Sesame Street to TV ads.

Here’s the master composer playing his own best-known tune:

It’s also notable that, like Bob Moog, Perrey got his start long before the evolution of the synthesizer as we know it. For Moog, it was the Theremin; for Perrey, Georges Jenny’s vacuum-powered Ondioline – another instrument with an eerie, vocal-like sound. Here, Perrey demonstrates that wild instrument (which I think would elicit just as enthusiastic applause today):

But that’s not the only thing you might not know about Perrey.

He started out as an accordion player – and med school dropout.

Édith Piaf sponsored his demo tape – which in turn landed him a visa to the USA.

Before “Baroque Hoedown,” Perrey paired with Kinsgley on the wild record The In Sound From Way Out!, complete with imaginative use of tape loops.

And while Wendy Carlos’ cover record helped popularize the Moog (and shattered Classical sales records), Perrey contributed, too, with covers like the Perrey/Kinsgley Spotlight On The Moog. That album came some two years before Carlos’ outing.

Because Perrey/Kinsgley tunes often found their way into television, they helped shift the perception of synthesizers from “that scary thing that means aliens are about to attack” to something that could also be fun and friendly. And while I know that experimental music lovers sometimes deride the popularization of the Moog, my sense is that we wouldn’t have the synth community we have today had the instrument not proven its versatility.

The man rescored Rimsky-Korsakov’s Flight of the Bumblebee – with the sound of actual bees.

The tune “E.V.A.” is one of the most sampled tracks in hip hop and rap ever. (Dr. Dre even sampled it.)

Even if you think you don’t know it, you do. And it’s therefore an essential link between early European experimentalism, pop, and hip hop – a reminder that it’s almost impossible to confine musical influence in the modern age to any one place or person.

The Beastie Boys and Smashmouth sampled (or ripped off, respectively) Perrey.

Female irritable bowel system has also had a TV ad scored by a Perrey cut. (Seriously.) But so has a recent iPhone ad – sounding every bit like a TV ad score from 2016, not from decades ago.

Gotye (of “Somebody That I Used to Know” fame) is working on a tribute show to the composer – and to the Ondioline, working directly with Maestro Perrey to learn to play it. He has a tribute post to the composer.

Dana Countryman has collaborated extensively with Perrey – and written an exhaustive bio. 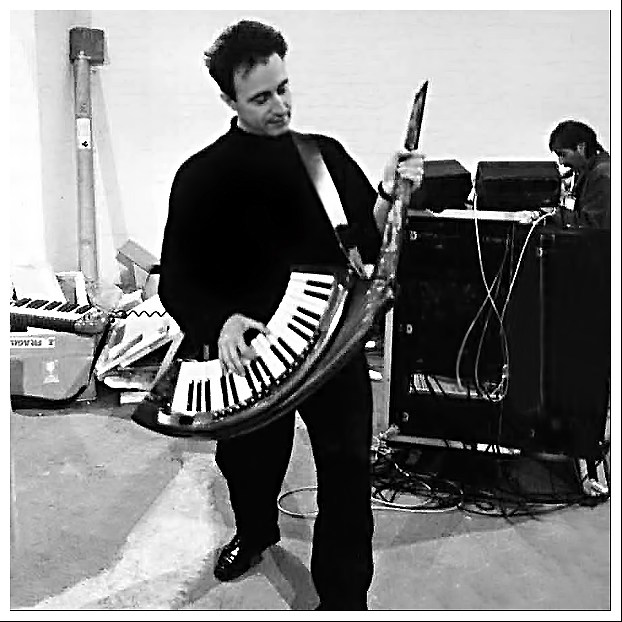 But here’s the best quote of all, from Dana Countryman:

“If he were here today, there is nothing that Jean-Jacques would like more than to think that his fans were playing his crazy, funny, catchy Moog music right now — and smiling, instead of being sad.”

And the perfect epithet:

“He was the master of happiness.”

The Passing of an Electronic Music Legend [Facebook note] 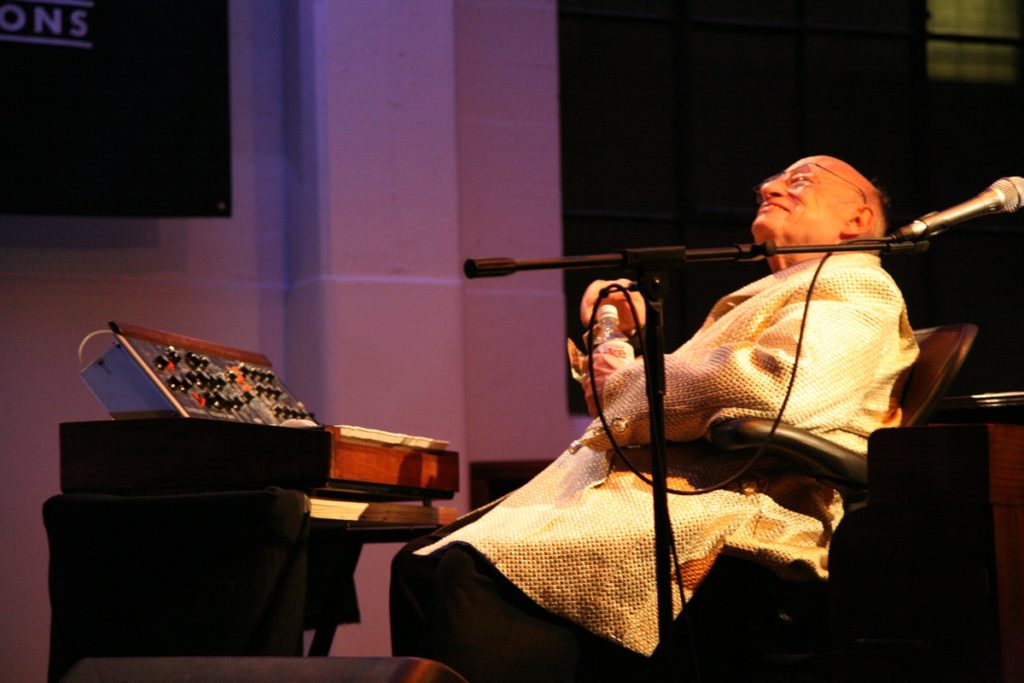 analog
Dreadbox meets Sinevibes, in compact Typhon analog synth + sequencing + fx
analog
Time travel through polyrhythms: King Britt’s Back 2 Black, on repeat
synthesis
Fundamental puts a rich, vintage tube oscillator studio in a plug-in, from sonicLAB and Hainbach
hip-hop
Electronic virtuoso Thomas Piper’s insistent voice delivers in honest, powerful “Permission to Live”
We use cookies and other tracking technologies to improve your browsing experience on our site, show personalized content and targeted ads, analyze site traffic, and understand where our audience is coming from. By choosing I Accept, you consent to our use of cookies and other tracking technologies. Please read our Privacy Policy.