News and information is important, but it won’t focus you on what matters. Checking Facebook might distract you, but it won’t calm you. Only music is wired directly into our mood when we’re alone. And leave the algorithms; there’s nothing like a human mix. So it is that we bring you regular mixes as windows into the work of music we love.

To start, no one puts the banging in banging techno quite like Paula Temple. Her sets, like her productions, can reach a level of cathartic violence without ever losing a feeling of groove. Hers is a ritual of endlessly satisfying, pounding darkness. And if this doesn’t somehow relieve you of frustrated emotions and dread and put you in a good mood, probably nothing will.

GROOVE.de hosts the podcast, with a complete track listing (name check folks like the wonderful Phase Fatale) and a terrific interview (plus links to more on collaborators and also-great-folks SØS Gunver Ryberg, Aïsha Devi, and Rrose):

It’s worth reading Paula’s lovely manifesto for her Noise Manifesto label of the same name, composed for “Noise Makers” and “cyborg artists.”

Particularly, this bit – which goes nicely with the rules of planet CDM:

We declare that we don’t give a shit whether artists choose to use a synth salvaged from the 80s or a pattern generator of the future. Combinations of creativity are defined according to our imaginations. Technology used as an extension of ego is prohibited.

We killjoy the following: Violence, violations and hatred of any kind (racism, sexism, transphobia, queerphobia, etc) – no matter how commercially viable they are.

Lebanon-born Rabih Beaini aka Morphosis does wonderful things with musical diversity – digging deep to the artists from every corner of the world others would miss, weaving them into sets that for me put me in some sort of mystical ecstasy.

Rabih has also breathed new life into Berlin’s CTM Festival, joining its curatorial team. And he’s a consummate musician, too, working in a range of improvisational and production contexts.

This mix is special, though, in that the mix for Dutch store Rush Hour had him spinning tracks grab-bag style with the crew from the shop selecting. That leads to unexpected combinations – and dealing with curve balls and the unexpected seems appropriate for our times. Descriptions:

Output is partly dictated by approach. After requesting Lebanese born producer, DJ and Morphine label owner Rabih Beaini for a store mix, he asks us to make the record selection for him. “It would be fun to work with tracks that are unfamiliar to me”, he explains. The RH crew dug the bins and Beaini starts from scratch with approximately a hundred tracks to select from, creating cinematic, dissonant harmonies with his mixes.

Rabih Beaini is a lone voice in electronic music. As Morphosis, Beaini has been crafting away in the nether-regions of the techno underworld since the 90s. Few people thread as challenging and intriguing live shows as him, where dark wave, krautrock, post everything and techno all sit together in haunted hardware harmony. With his store mix, despite his adventurous approach, Beaini proves to be no different as a DJ.

This is the fourteenth in a series of Rush Hour Store mixes, where we invite our favorite artists and DJs to dig the bins and record us a mix on the spot.

Full links on the SoundCloud description…

Rabih writes: “Today i want to dedicate this to David Mancuso, it’s not a Disco selection but it’s in the same spirit he approached DJing and I can’t not thinking of him and his legacy when listening to this.”

Yeah, I definitely feel the spirit in this one. 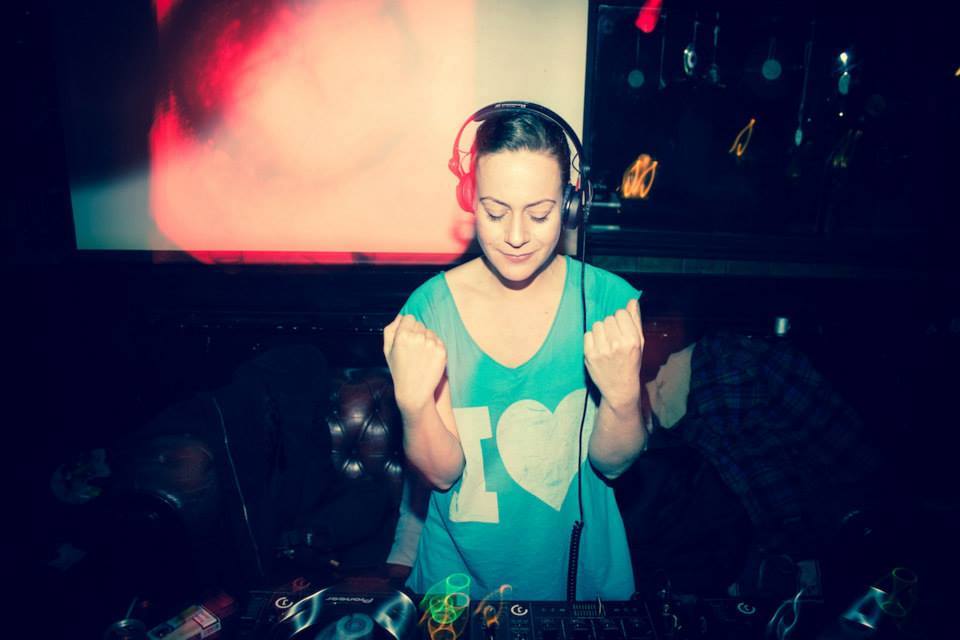 Dutch-born Esther Duijn is one of my favorite underrated bedrocks of the techno scene in Berlin, a Tresor resident, a talented producer, and now running her own label and podcast Another Earth. It’s great to see her highlighted by Resident Advisor.

Here, she takes techno and draws lines to other genres, with a mix that feels entirely fluid but without being stuck in a genre as so many DJs these days seem to get.

And what makes Esther so great to me is that she DJs like a collector. It’s not show-off obscurity – it’s about that depth and breadth of catalog, of mindful selection.

And, she appreciates value beyond fame. As she tells RA: “There are so many talented guys and girls out there who work their asses off in the studio, who are not really good with promoting themselves but are amazingly talented producers and DJs whose music is worth showing to the world. ”

Check out the interview for RA to accompany the podcast:
Dusky club sounds from the Tresor resident.

Connecting to the others – Morphosis gets dropped in there near the end.

Got a mix we should here? My door’s open; give a shout.

Google explores how machine learning could navigate the history of art