Elektron has been making some beautiful analog stuff with, well, “analog” in the name. But it seems the time has come to fill a glaring opening in the market – one left not just by Elektron, but by the industry in general.

Digitakt is dedicated drum machine hardware that’s also a sampler and also (at last) a powerful sequencer for external gear. In other words, it’s the box that does what the computer does as far as sampling, sound design, and gear control – but focused on just those tasks.

It’s also an answer to Elektron users shouting “why doesn’t the analog four let me sequence external gear” asking “huh, it looks like the Octatrack was just discontinued I wonder if that means something new is going to replace it.”

The Digitakt isn’t exactly an Octatrak II. The design philosophy is unlike anything we’ve seen from Elektron before, in fact. It’s uncommonly friendly. It’s got backlit buttons. It’s got an OLED screen. It seems to take some inspiration from Swedish neighbors (and Elektron vets) Teenage Engineering, as well as some of the other better examples of design today. It looks like Elektron thinking from the ground up.

But it also combines the stuff a lot of people so desperately wanted: sampling, audio tracks, versatile digital drum machine, effects, sequencing of external gear. Elektron also tease at asymmetrical beats and polyrhythms, which makes me hope there are some smart features in there.

There are a lot of questions here. I think the most important one is what the audio and MIDI tracks actually do. Are those eight mono MIDI tracks? What sort of editing and arranging workflows are there? (At some point, I could imagine it being too complicated, with too much menu diving… but at the other extreme, it’s also possible to be too simple, easily.)

All of those questions will determine what this means as a live rig, and how much production you’d want to do.

But Elektron, you had me at “live-friendly sequencing.”

I’m very keen to see how that vision looks – and whether Elektron can establish a new generation of their hardware. Stay tuned for more details as we get them.

This is really Sweden’s NAMM, folks. Y’all want to meet back in Scandinavia once the sun starts coming up again? 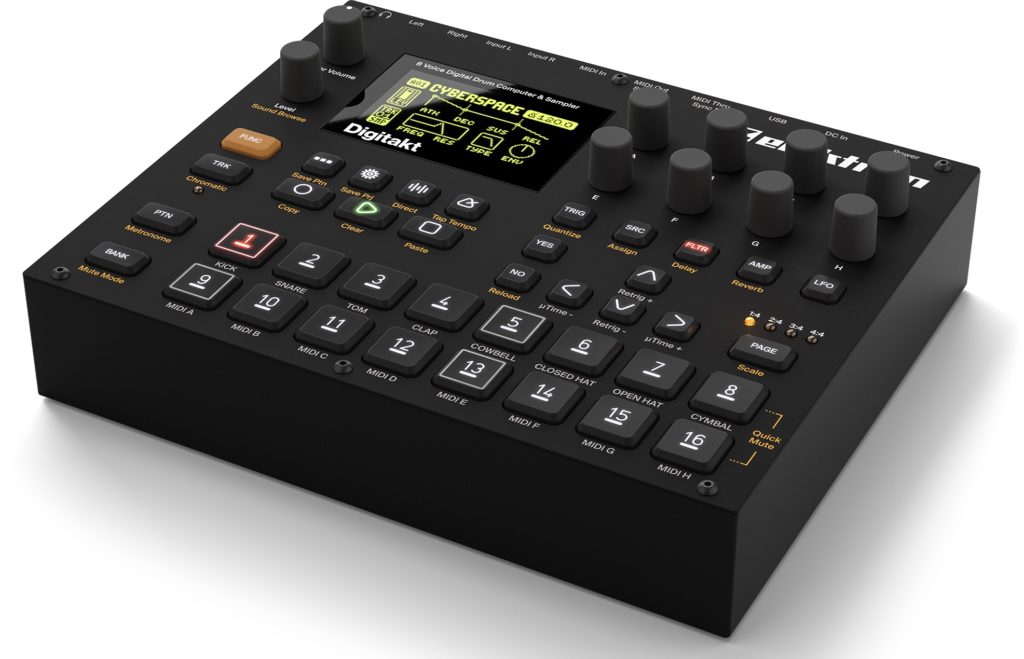