Demian Licht on transmitting knowledge, being a demon of the light

Demian Licht is building a portal – one connecting us to a new future, one scrapping the parts of society holding people back, one linking the world. She’s not just making techno – she’s making a statement about the future with her music and practice, one that resonates with Detroit’s pioneers and the bleeding-edge aspirations of a new generation today.

Oh, and there’s some strange physical portal involved, too, one purportedly located at the geographic center of Mexico – uh, maybe. But you might want to watch that spot.

So, not only did we want to hear more about Demian Licht’s approach to music after being wowed by her Female Criminals series (now up to two volumes plus one excellent remix album), we wanted to hear about her thoughts on society, too. Demian is one of the top Ableton trainers you’ll find worldwide, and her knowledge and skills go well beyond just using that one tool into deep explorations of sound and meaning.

We take a look inside her studio, and get some of this knowledge transmitted directly our way, too – and have a glimpse at some of the emerging scene in Mexico and her own next audiovisual opus. And lately you were probably thinking the future was looking dim. 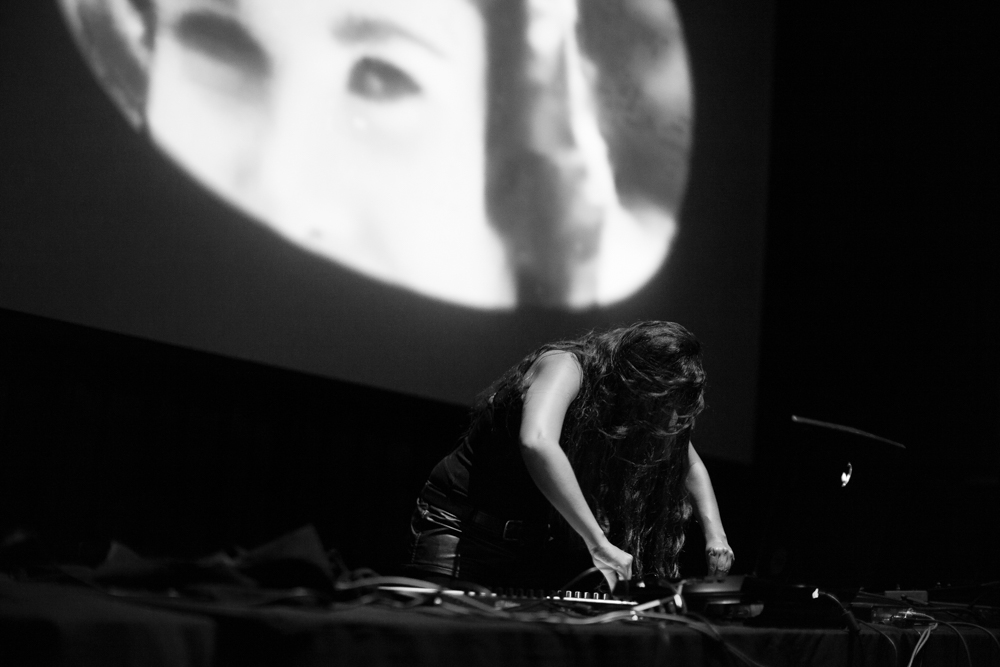 Peter: Let’s start with the theme “Female Criminals.” I know you had these personas in mind in the first volume. How has that evolved in volume 2? What’s your connection to the theme, or what are we hearing in this release?

Demian: Female Criminals is my script to explore sonically the deepest side of the female mind: the dark side, the savage, the intuitive, the mystical — skills of women by nature, but that have been suppressed by society for centuries.

Vol. 1 has been my first approach to exploring the ‘criminal’ side of the female mind. I am using this term not as an obscure way to think about it; it’s more in the sense of the ‘forbidden’ which has been imposed by society by blocking the real nature and power of the female mind. With this mindset, Vol. 2 narrates the history of a crime made by a woman from the desire to the act.

There’s to me a really cinematic quality to the music. Can you tell us a bit about the different vocal sample sources in these tracks? What about instrumentation, too, also connecting to the theme?

Definitely, and that was my main intention. I’ve always been interested in the cinema field; I want it to translate the cinematic language into a sonic experience. For this volume, I’ve re-sampled a piece of a wonderful Finnish composer, Kaija Saariaho, that has touched me really deeply. I’ve used a ‘secret weapon’ inside Native Instruments Reaktor to completely change the structure and sound of the piece. I’ve used some of the edited results of this experiment to construct the history of Vol. 2. 3. 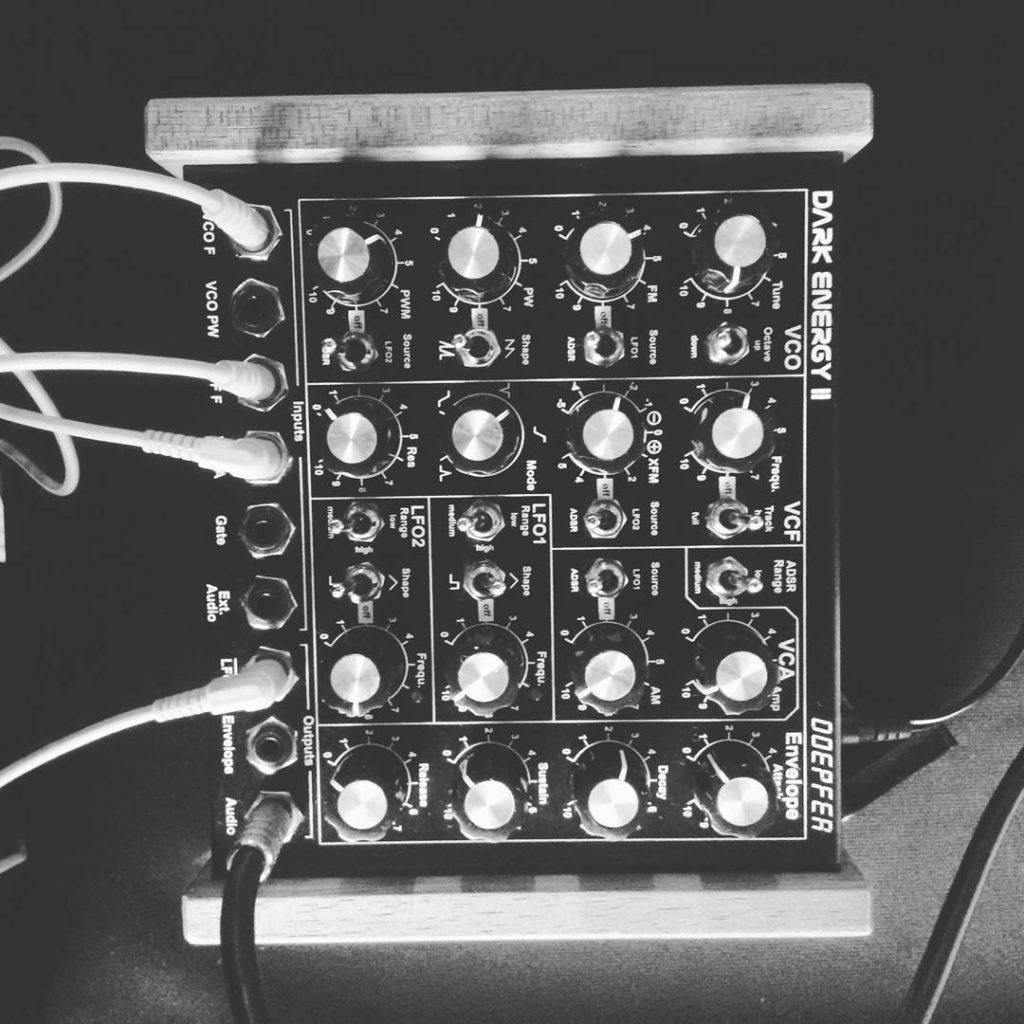 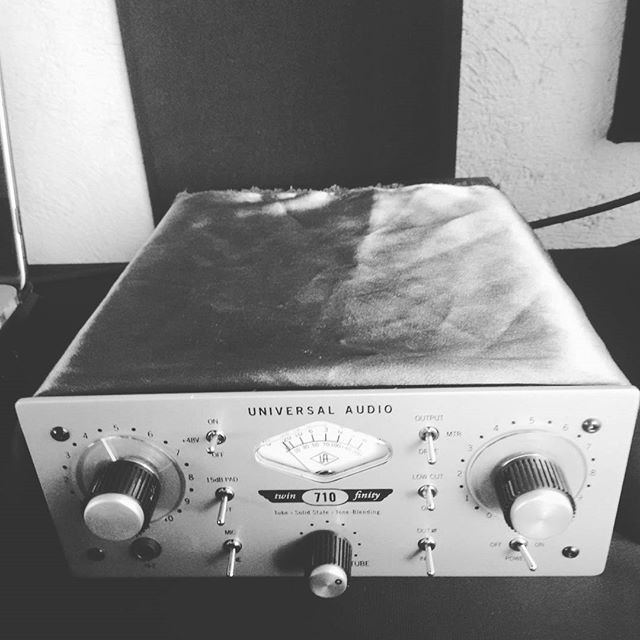 I can imagine these tracks both in a listening sense but also for the dance floor – do you DJ with these, as well? Or how do you see the role of the DJ in your work?

I’ve always presented my work as live. I am interested in exploring the challenges and possibilities of performing live electronic music. All mixes and podcasts I’ve done have used Ableton. However, I’m starting to receive some interesting proposals for DJ sets, such as BBC Radio, for instance.

Probably now is the time to start challenge me further as a DJ.

You’re a certified trainer, and of course came out and participated in their conference Loop here in Berlin with us in the fall. Is there a relationship between being an educator and a producer for you? Has that technical development been something you apply in your music production? Does it inform your creativity?

Totally. My knowledge in this field started when I decided to study sound engineering. But when I felt I really mastered the concepts and techniques related to music production was when I learned to transmit this knowledge to other people. 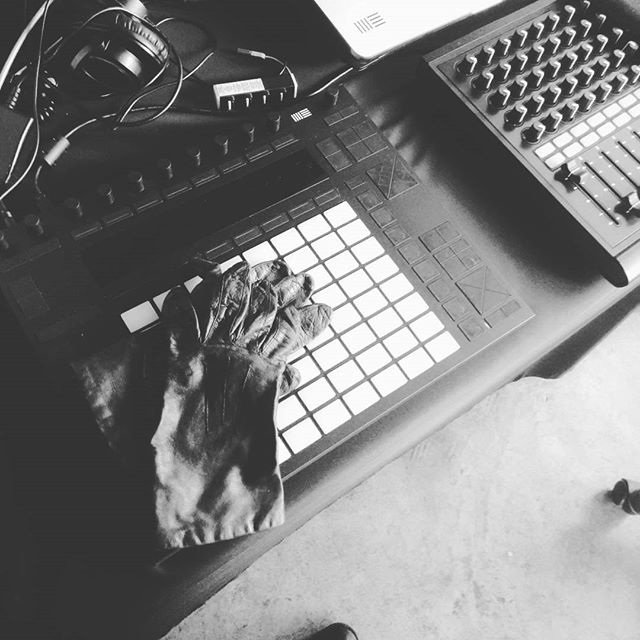 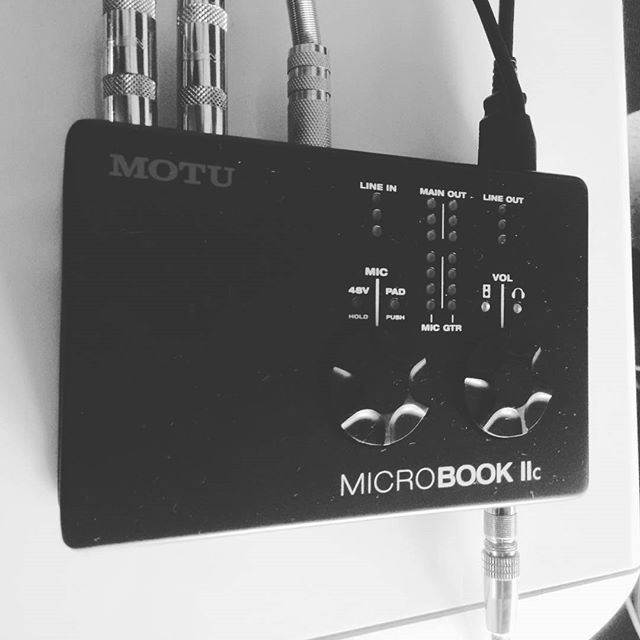 Of course, working as a trainer, you’ve got people on a different level. Where do you start with them? How far in do you get, or what have you found is most useful to people working with you?

Yes, I’ve worked with people of all kind of backgrounds, musical preferences, and ages. To give you a broader perspective about what I teach, it starts from electronic music history (extremely important) — Theremin, Musique concrète, Krautrock, etc. — to essential audio digital/analog theory, Ableton workflow, signal processing, synthesis, into designing a granular sampler in [Native Instruments] Reaktor.

I think my main teaching skill is that I try to make technical concepts easier to digest. 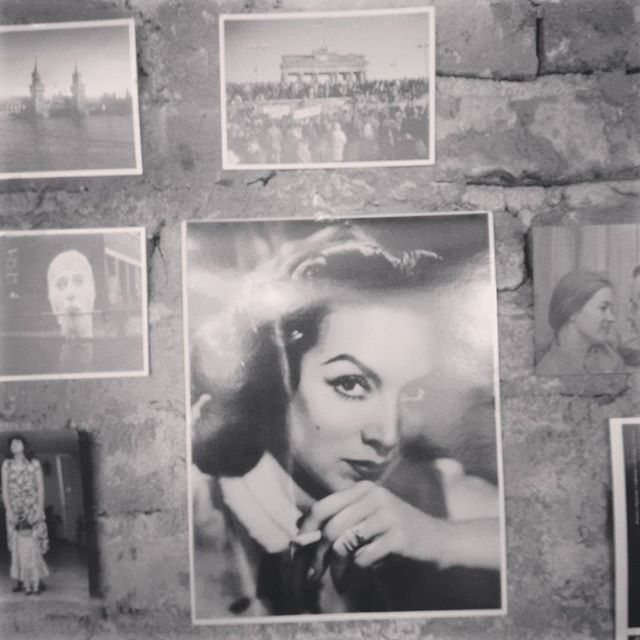 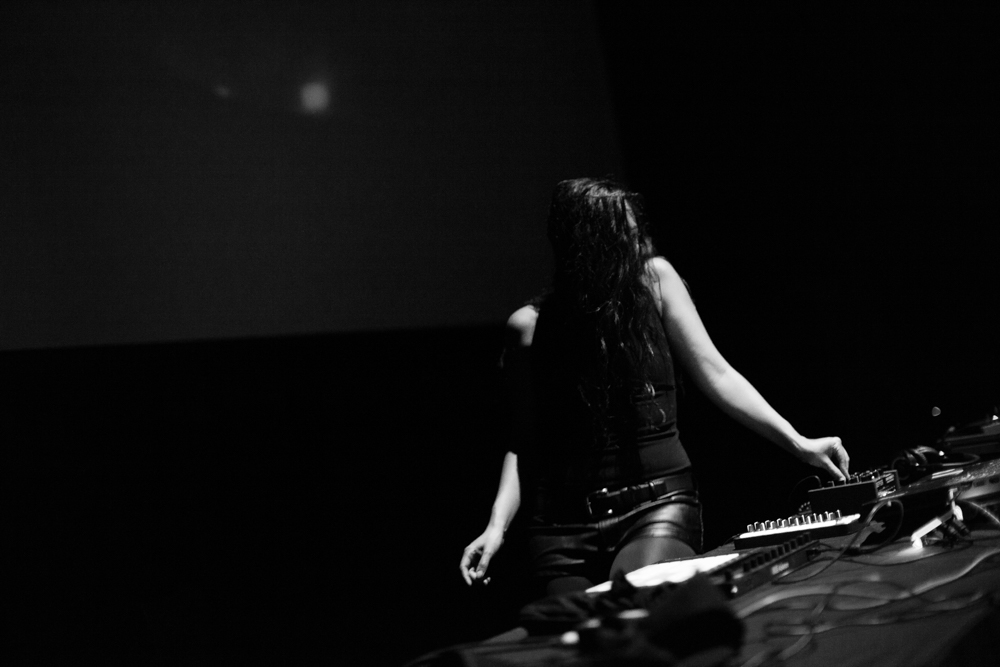 You’ve talked in other interviews and even in the label statement about your relationship to Mexico. I know both feelings about sexism and the change in the country are things I’ve spoken at length with my Mexican friends and colleagues about … and, for that matter, with other Americans about the state of these issues in our own country.

Given everyone is describing this as some kind of change, what’s your sense of the current moment in your city and nation?

Through history, particularly within Mexican and Latin American culture which I come from, the female figure has had a passive role inside society. The Female Criminals trilogy is my statement to shunt this misconception.

We are living in a moment of worldwide changes. I believe it’s time to break down old paradigms, to be able to arrive into the next level as a society, as humanity. Besides, I’ve received comments from people that don’t know me very well including the label boss of a well-respected label (which I won’t mention) referring to me as ‘bro’ or [saying “well done, ‘man’,” as my name is asexual and in some press pictures you can’t see my face. But mainly I think because my music aesthetic is not ‘effeminate’. Therefore, this is a well proof of it. No labels, no paradigms anymore. 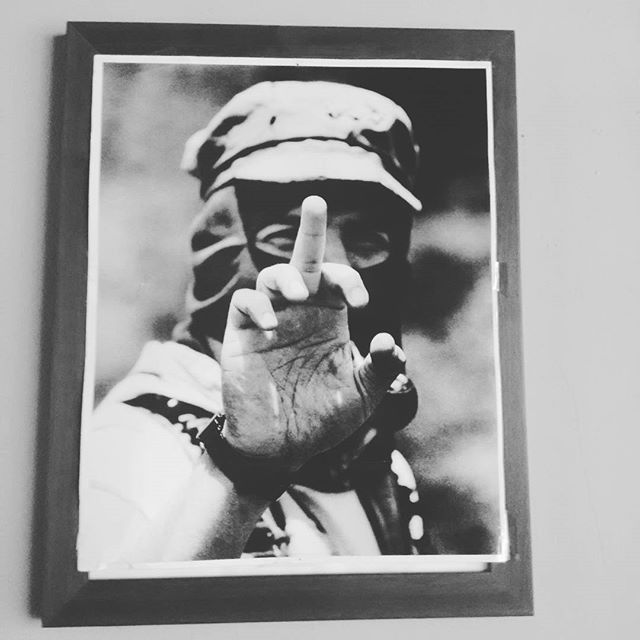 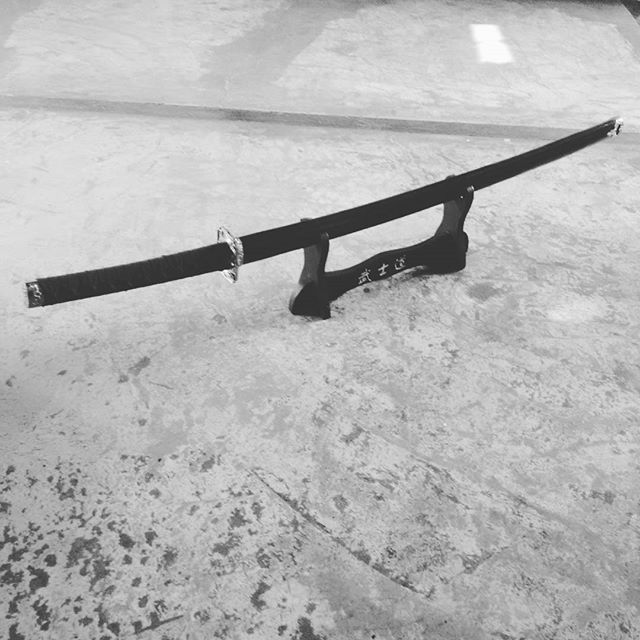 Is music something that can play a role in this societal change? What does that mean for you individually versus as part of a larger scene or community?

It’s a process. With the Female Criminals releases, I’ve had feedback from all over the world, which to be honest I’m very impressed by, as I’ve been doing everything in a very independent way as I’m not on a big label. On the road, I’ve had help from friends, producers that I appreciate a lot, such as Ian McDonnell aka Eomac, who has given me advice and contacts to be able to understand how the music industry works. But in general, I’ve made everything by myself, like producing my videos, tours, etc., with my label Motus Records.

I remember a particular message from an Asian girl who wrote me through my Facebook page saying ‘You are the future’. It was really stunning to me. From the early beginning, the electronic music field has been the way to challenge myself,evolve as a human, and provoke movement ‘motus’. (“Movement” in Latin)

I truly believe music and specifically electronic music as technology could be the path to take humanity to the next level, as music is probably the only link that connects all cultures of the world. So, by sharing the vision exposed earlier by Jeff Mills and techno producers from Detroit, I’m on this field as I visualize advancement, progress, and future ‘Zukunft’ by using electronic music and technology as a vehicle to make it happen.

I think my brief impression of Mexico City was, like so many of my Berlin-based friends, really of a rich sonic environment (the city itself) and then a terrific array of musical talent in the scene. What impact has it had on you working there? What influence has Mexico had?

I’m not living in Mexico City anymore. I recently moved to a city close by, and I’m planning to move to a town which probably is the most beautiful and mystical in Mexico, located at the country’s center, called San Miguel de Allende. It’s near Tequisquiapan, where there’s a strange monument that marks the center of the country — a kind of portal.

I have projects in the near future in this place intending to connect Mexico with the world (and other worlds) by using technology and avant-garde music as a link.

But by being born, growing up, making sound engineering studies, and living in Mexico City, I realize that even with the chaos, pollution, criminality, social and politics problems, Mexico City is a colorful place, full of life and future. This city has given me the strength to survive in any place in the world, as you must be very bold and fearless to survive in it.

Any artists or other elements of the scene in Mexico City we should check out? (Anywhere to go when we’re hopefully back?)

In terms of artists based in Mexico City, I advice to check out Dig-it, AAAA and A_rp. In terms of places to explore, definitely the main one is the Museum of Anthropology which personally is my favorite in the world. You will find the powerful heritage and wisdom of all the ancient cultures that built the beginning of Mexican history.

Can you tell us a bit about the artists on the remix album? These aren’t necessarily names I know, and there’s some great stuff there, as well.

The artists that I have invited to remix Female Criminals vol. 1 are the ones who I feel are more related with my music aesthetics. I find them to be honest artists taking risks with their work in the current Mexican music scene.

For instance, Dig-it is releasing amazing techno music with his label Vector Functions; AAAA is touring in South America with international artists, and Ar_p is pushing boundaries with his live act.

Lastly, I want to ask about this theme of violence in music, and particularly techno. We talk a lot about adding darkness or demons to the music somehow. And yet somehow the experience can be the reverse – the darker or more violent the music can get, sometimes, the more grounding it can be to listen and dance to, at least for me.

What’s the experience of violence as an emotion in this music? Is it catharsis? Is it related to real violence, or has it become emotionally something else for you? I don’t mean to take the title too literally – but as it’s satisfying for me to listen to, I’m curious what your emotional connection is?

‘Dark’ or ‘obscure’ is the easiest way to describe powerful, driven, wild, forward-thinking music. Personally. this is the only kind of music that can provoke me.

I need to feel a kind of visceral-ism within music to be able to feel attracted to it, or touched by it. I’m not interested in music for ‘entertainment’ or recreation, maybe because I feel I am a kind of demon — a demon of the light.

Demian also tells us she’s got an AV project ready to go:

On this March 25th I will premiere my new A/V show alongside Olaf Bender aka Byetone co-founder of German label Raster-Noton. The premiere will be hosted by an event called Ciclo in a particular place which possess an occult power called Convento Ex-Teresa located exactly in the center of Mexico City, where Mexican history has begun.

And to give you a taste of her cinema work, here’s her original video for “Domina” – material that will be incorporated into that show:

Download Radiohead’s grooves for use in Ableton, for free