Digital signal processing is some futuristic stuff. It may not be able literally to let you traverse space and time as relative dimensions, but it can treat time and frequency separately and mash them back together. And that’s already freaky enough.

Now, Eventide – the folks you know probably for their classic hardware and reverbs – are pushing that notion right into their marketing, dubbing their approach “structural audio.” Structural audio sounds a bit like a panel presentation you went to at an Audio Engineering Society conference that sounded fascinating but completely lost you and then you went looking for a coffee. (Hey, coffee.) But the basic idea is dividing up a sound for processing into different components, and not just by using a sidechain or a multiband filter.

Here, it’s more radical. The first effect from Eventide to use this approach is called Fission, and it can separate “tonal” (frequency) materials from “transient.” 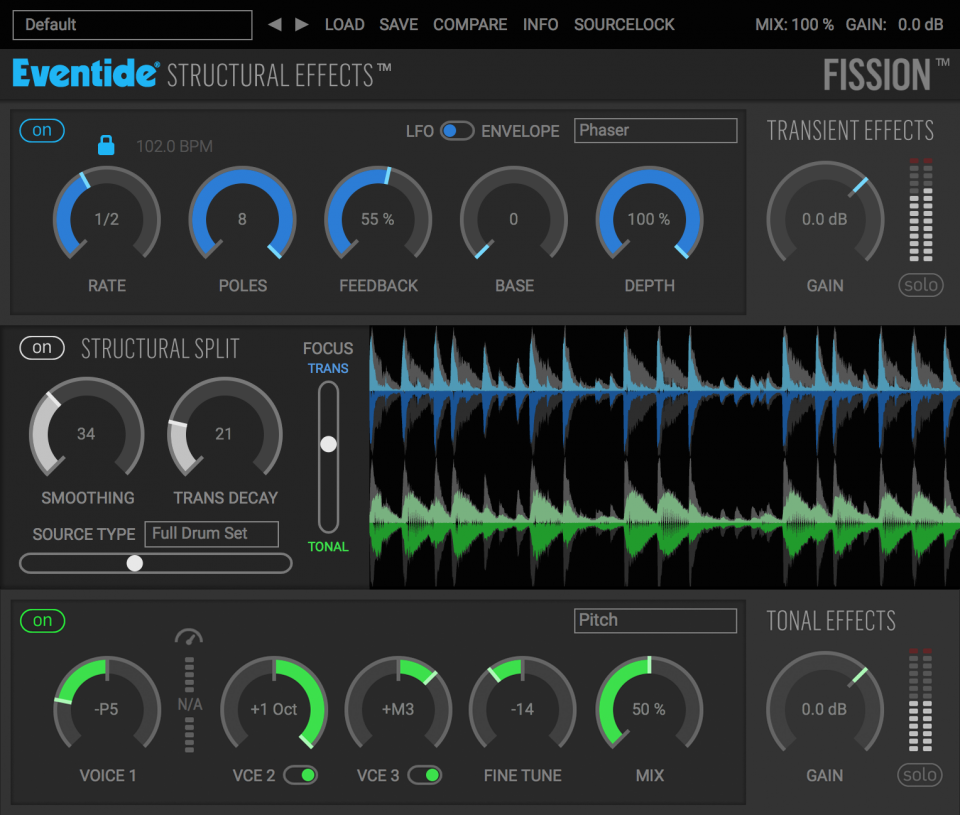 Now we’re talking. So you could separate the pitched, resonant components of a tom and separate it from the hit, or take fret noise out of a guitar sound, or mangle new sounds entirely.

The key is that you can not only divide up the sound into these bits, but put them back together.

Huh? Well, if that didn’t make sense, check out the video below.

I’m keen to get my hands on this. Eventide are clearly trying to pitch this to a more traditional studio audience who, you know, want their drums and guitars to sound like drums and guitars. I’m the weirdo who wants strange new things coming out of the food replicator / transporter. So I’ll be curious to play with it.

US$97 intro price through 17 April. Or $179 thereafter. Also available as part of an Eventide subscription.

Stay tuned for more on this one.

MacWindows
The best way to integrate Ableton Live and Eurorack modular – for any rig
effects
Percussa’s SSP Eurorack powerhouse does 3D, plugins, SDK – and kind of everything
MacMacOS
May the 4th be with you, in a new documentary on the sounds of Skywalker
MacWindows
NAP 0.5.0, free realtime visual tool, adds GPU computation, Web, RasPi support, new look