If you just want a nice MIDI keyboard, frankly, you’ve got loads of options. So Native Instruments’ Komplete Kontrol S-series of keyboards has got to do more. The 1.8 release that came out yesterday takes a step in the right direction, with enhanced scale and mode support and enhanced integration with both Reaktor Blocks and Maschine. And Reaktor Blocks might be the winner here.

Reaktor Blocks. This is almost an afterthought in this release, but to me, it’s the nicest feature so … the heck with it, I’m going to talk about it first. You can now control the clock module in Reaktor Blocks, thus giving you access to start/stop/tempo controls for any clock-based instrument or effect in Reaktor. This is cool, because Reaktor Blocks (and if you graduate to it, all the rest of Reaktor) give you an enormous amount of sonic possibility, but you’ll want some ability to get hands-on control. Now, I think the S-Series becomes a pretty ideal controller – keys, color feedback (which you can custom-program if you’re clever), touch strips, all those encoders, and now clock control, too. So it’s not a huge stretch to imagine first making some massive elaborate trippy electronica/techno patch in Reaktor, then using something like an S-25 to play it live. In fact … don’t mind if I do.

It’s Reaktor, so of course you could use any other controller, too, but having this out-of-the-box set up saves some time for extra patching – and this particular complement of controls I could see fitting a range of circumstances.

This functionality is now workinghas in standalone mode. (But, if you’ve got a ton of Reaktor stuff, that should be fine.) 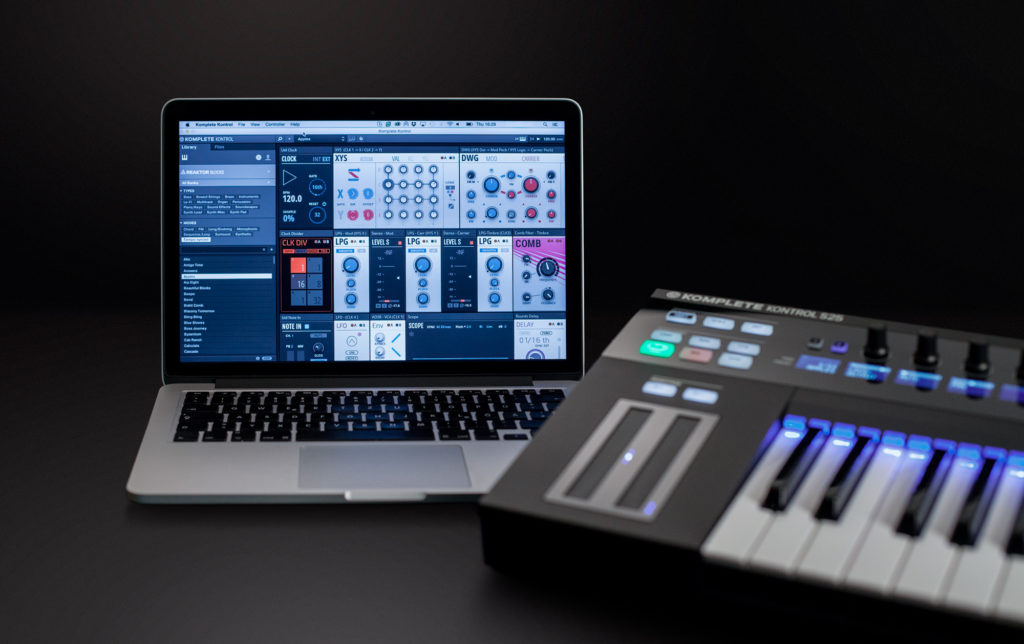 Scales and modes now include a wider array of pitch collections mapped to the keyboard, with additional feedback on the colored LEDs above the keyboard. It’s shy of what a lot of us want, though, which is custom scale collections and Scala support for supporting microtunings. But it does make the keyboard more powerful.

The “scales and modes” here are all about mapping individual pitches and chords to the keyboard so there are no “wrong notes.” The tunings stay the same.

On its own, remapping the usual black-and-white keyboard may not make a whole load of sense – you’ve gone and bought a thing with keys laid out like a piano, so presumably you have some idea how to play that. But because you can combine these with lots of different instruments and Komplete Kontrol’s chord functions, this becomes an interesting compositional tool. And chord mode does make some sense in conjunction with the keyboard’s layout and encoders. And speaking of chords… 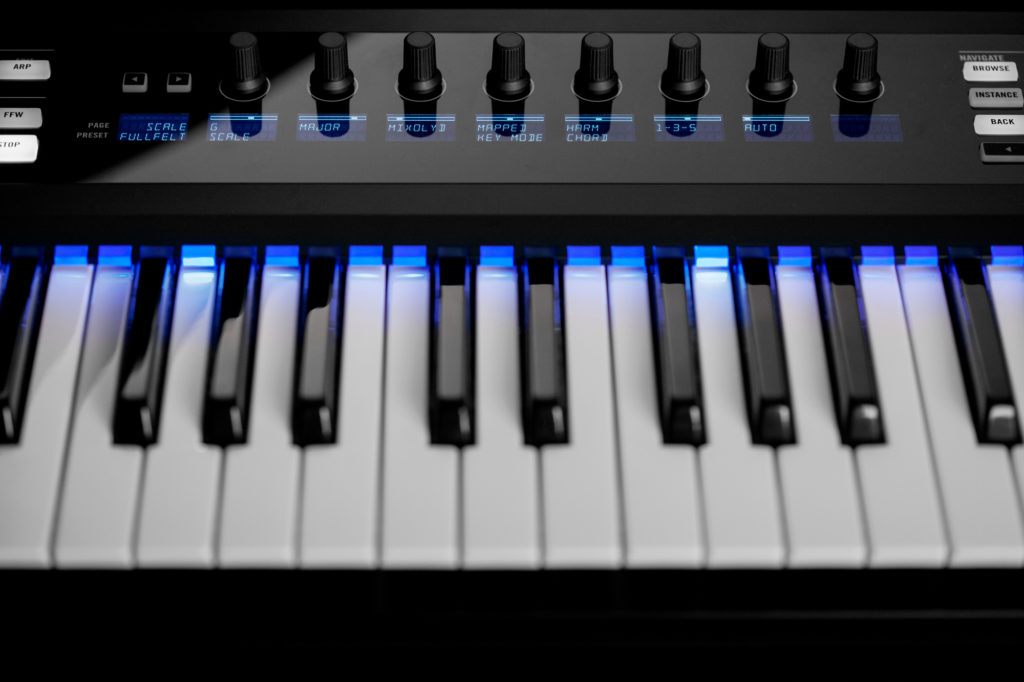 Chord voicings. Now you can select inversions and choose your ow voicings for chords. That in conjunction with the enhanced scale options gets really powerful. And it is especially useful I think on the S-25, where you’re trying to get a maximum amount of ideas in a small amount of space.

Maschine users can now run the Maschine transport from the keyboard when loaded as a plug-in, so you can add some keyboard-triggered lines. (In fact, you don’t even need to have your Maschine controller around at all.)

NI have done a video overview, produced by Matt Cellitti:

Komplete Kontrol 1.8 is a free update in Native Access now.

Here’s what you get. Already, you had:

Now, in addition, you get:

Loads of pentatonic variations. All the usual inversions plus some Japanese and Carnatic raga variations.

Modern / composers. The Scriabin scale (ask me about that one, seriously), plus seven choices from Messiaen, and octatonic (useful in jazz), tritone, more.

And Blues scales, major modes, hexatonic scales, and all the various variations of the above.

Seriously, I doubt you’ll want any more custom scales after all this. What you will very possibly want is microtuning – but that you can do specific to instrument, with Reaktor (generally) and instruments like Kontour and Kontakt (specifically) with more options.