Are the cold, mechanical buttons of step sequencers stressing you out? Do you enjoy the soothing sensation of staring into an aquarium? Then Seaquence for the iPhone and iPad might be the music production tool for you.

You can treat Seaquence as a kind of musical game, toying around with fanciful animated creatures dancing around your screen. You can look at it as a standalone instrument, with a now reasonably powerful synth engine. Or you can actually treat this as a powerful studio tool, and use it to sequence other apps and hardware – meaning this could be a way to get around mental blocks and try something new, with something that sounds nothing like the demos.

If all of this looks familiar, Seaquence began life as a Flash project, way back in 2010. This weird musical ecosystem grew out of the minds of the Bay Area art scene – namely Ryan Alexander, Gabriel Dunne, and Daniel Massey, with support from Gray Area Foundation for the Arts.

It’s worth also crediting Toshio Iwai, whose interactive visualizations of music sequencing starting in the 90s clearly inspired projects like this – particularly his ElektroPlankton Nintendo DS title. (Shame you can’t get MIDI out of the DS!)

Now, it’s a ground-up rewrite for iOS, and you get all the key functionality for free.

So, while what you see on the screen is swimming alien-looking organisms, behind them are controllable sequencers, scales, amplitude controls, and controls over the sound (if you’re using the internal synth engine).

That is, all this playful stuff doesn’t hide functionality. On the contrary, there’s actually more happening here than you’d get out of many more conventional hardware-style step sequencers. 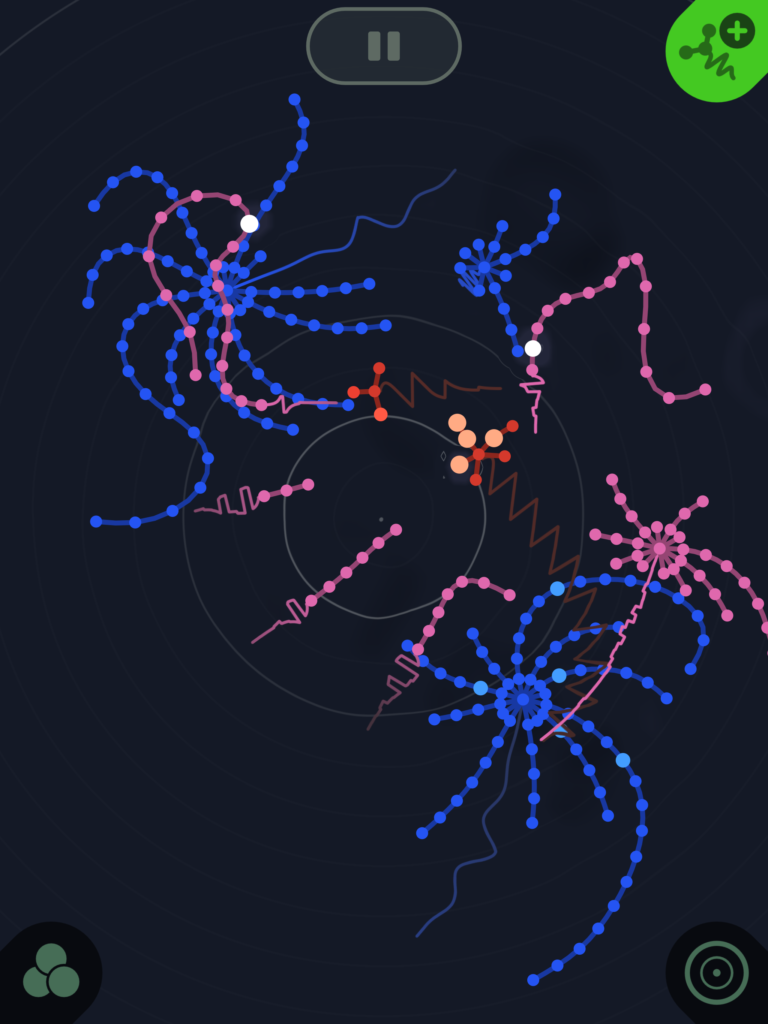 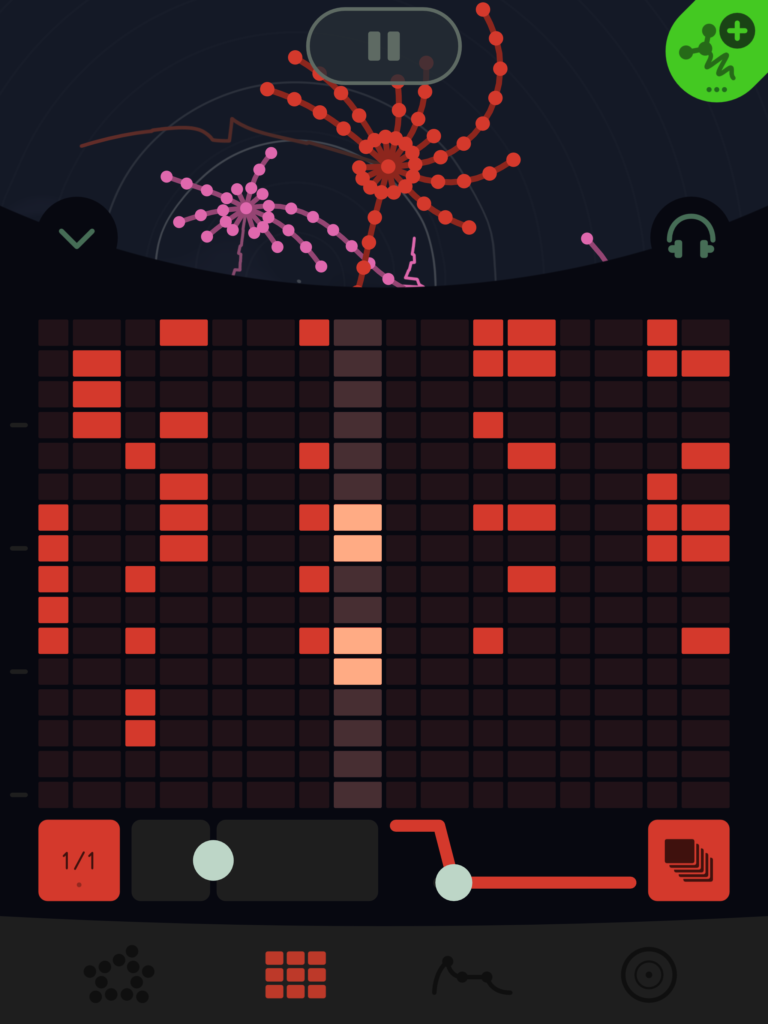 Of course, that still begs the question of whether you want to have all that stuff swimming around your iPad aquarium-style, but you can find out the answer to that question for free.

Edit chromatic scales
Sequence in a 16×16 matrix (though then that matrix comes to life and swims around…)
Polyphonic synthesizer voices, and multitimbral (8-voice) engine
Spatial mixing (in stereo)
Waveform shapes and amplitude controls

Also, there’s a unique take on social sharing. You can quickly make links to send to friends – and the app of course is free, so as long as they’ve got a compatible device (iOS 8 or later), they can try it out. But you can also trace how those links have mutated over time, Darwin style. 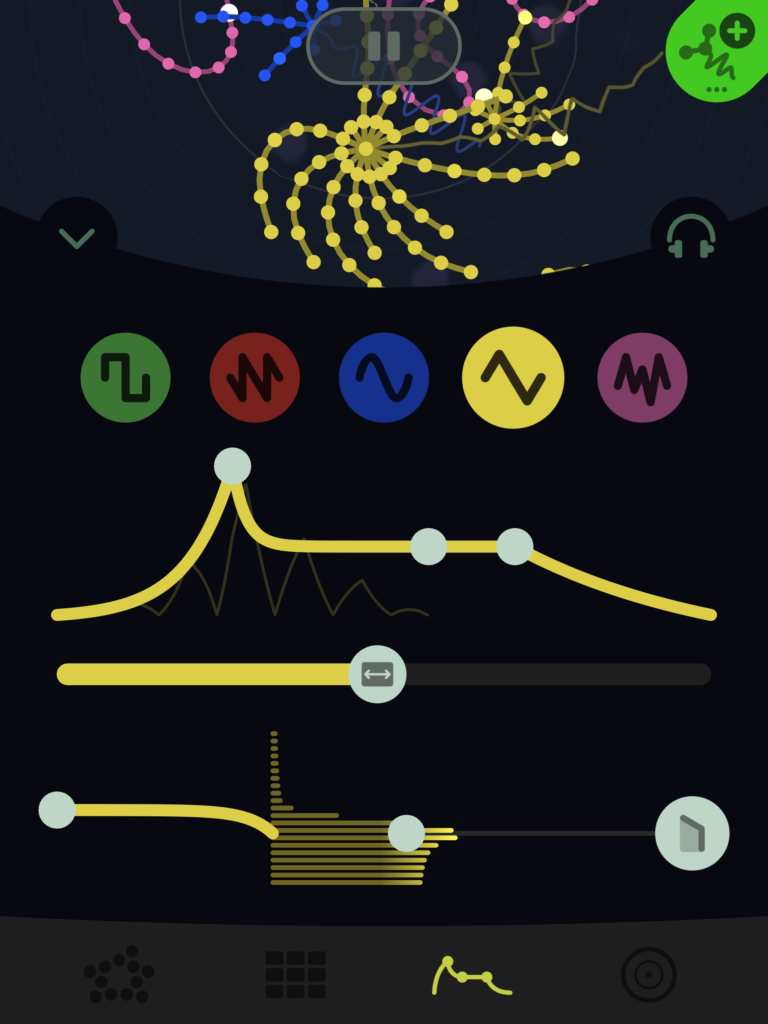 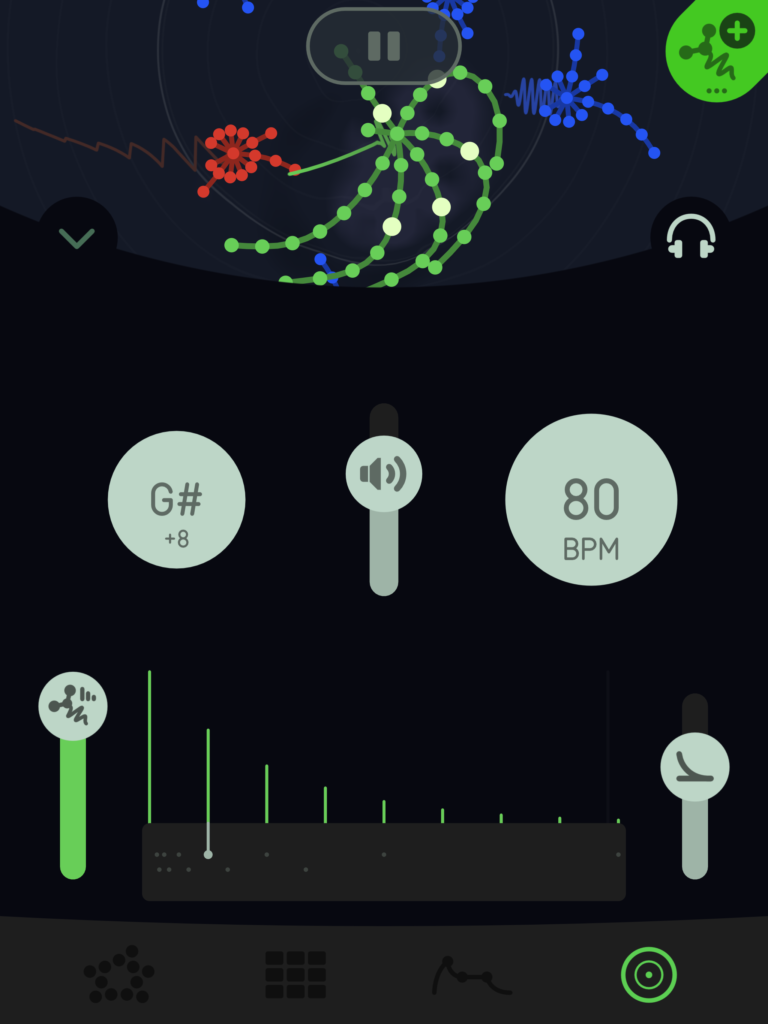 If you’re liking this and ready to use it as a serious tool, you get a bunch of extra stuff for US$6.99 – 10% of which goes to support San Francisco’s wonderful Gray Area Foundation for the Arts, a non-profit arts platform.

Here it is hooked up to the Moog Model 15 app – proof again that part of what people love about apps is connecting them to other synths:

Unfortunately, no Ableton Link support yet, but there aren’t many sequencers with these capabilities for seven bucks.

It’s interest to contrast this with Auxy, which also focuses on sequencing – though which lacks support for MIDI output to other apps and hardware. (Correction:/strong> The original draft of this story claimed there was MIDI support; that’s no longer the case. MIDI out support is available in the now-defunct version Auxy Classic.)

Auxy Studio, like Seaquence, is built around touch. But the approach is different. At its heart, Auxy isn’t fundamentally different from desktop software sequencers. It’s radically simpler, but it’s still basically built around a piano roll.

Seaquence maintains some of the more novel, game-like aspect of the mobile world, and it represents something that only makes sense as a visual interface. You certainly don’t have anything like this in any conventional DAW – whereas what Auxy provides is in some form in every conventional DAW.

Whether that’s a good thing or not kind of depends on how freaky you want to get.

Ashley Elsdon of Palm Sounds was talking over the weekend about the importance of keeping mobile distinct from desktop. I’d say that both Auxy and Sequence do that. But if Auxy hopes to change music making by making it simpler, Seaquence also would make it weird.

Anyway, I’m going to have some fun with this. Have at it – and maybe send us something if you make something really interesting:

I’m curious if anyone successfully convinces their non-enthusiast, more casual musician (or even non-musician) friends to get in on the action. That might be the real test.

Could you spy on someone using a microwave oven as a mic?

animation
Bastl – Casper Aikido module is a mixer and a quad VCA and a compressor envelope follower
Softwaresynths
SynthieCat gives Ableton Live the deep matrix and effects of the 1971 EMS Synthi A
Software
AudioSlide plays advanced MPE ramps even without hardware – Max for Live
Software
data.train Max for Live instrument-effect mangles and transforms any sample or source